Issa Twaimz, Back From A YouTube Hiatus, Announces Tour Produced By Fullscreen Live 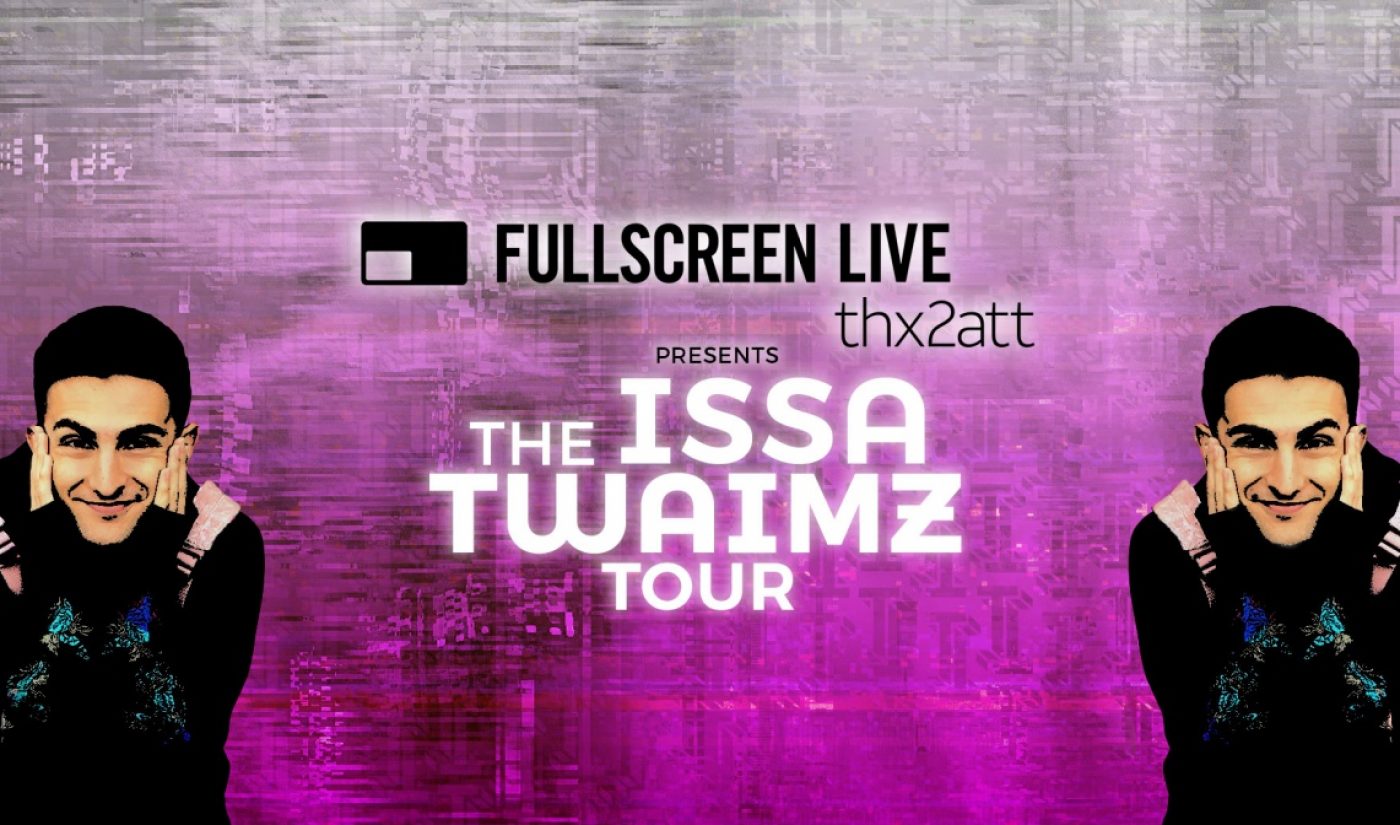 After talking a leave of absence from his social media channels, Issa Twaimeh is back with a new perspective, and he is looking to reconnect with his fans via a nationwide sojourn. Twaimeh, who posts videos under the name Issa Twaimz, has announced a 20-city tour produced by Fullscreen Live.

Twaimeh’s tour will begin in Chicago on November 12 and will hit major cities across North America before concluding in Seattle on December 17. At each date, Twaimeh will perform some of his original music, including “The Llama Song,” which has generated more than 28 million views since 2014. He has also vowed to meet every single fan who shows up at his live events.

The announcement of Twaimeh’s tour comes one month after he returned to YouTube, ending a hiatus that lasted for more than 18 months. As explained in a recent New York Magazine profile, Twaimeh’s decision to go dark online stemmed from the toll the online video production process took on him.  “Every time I turned on the camera, it was like I was putting on this façade, and I wasn’t really getting anything real out of it,” he said. “It got to a point where it was too tiring for me to keep up the act. I was losing my confidence and becoming insecure all over again.”

Twaimeh is now back and armed with a more forthcoming outlook, and his fans seem excited to meet him in person. Tickets for his tour, which cost $40 a pop, can be purchased through the Fullscreen Live website.