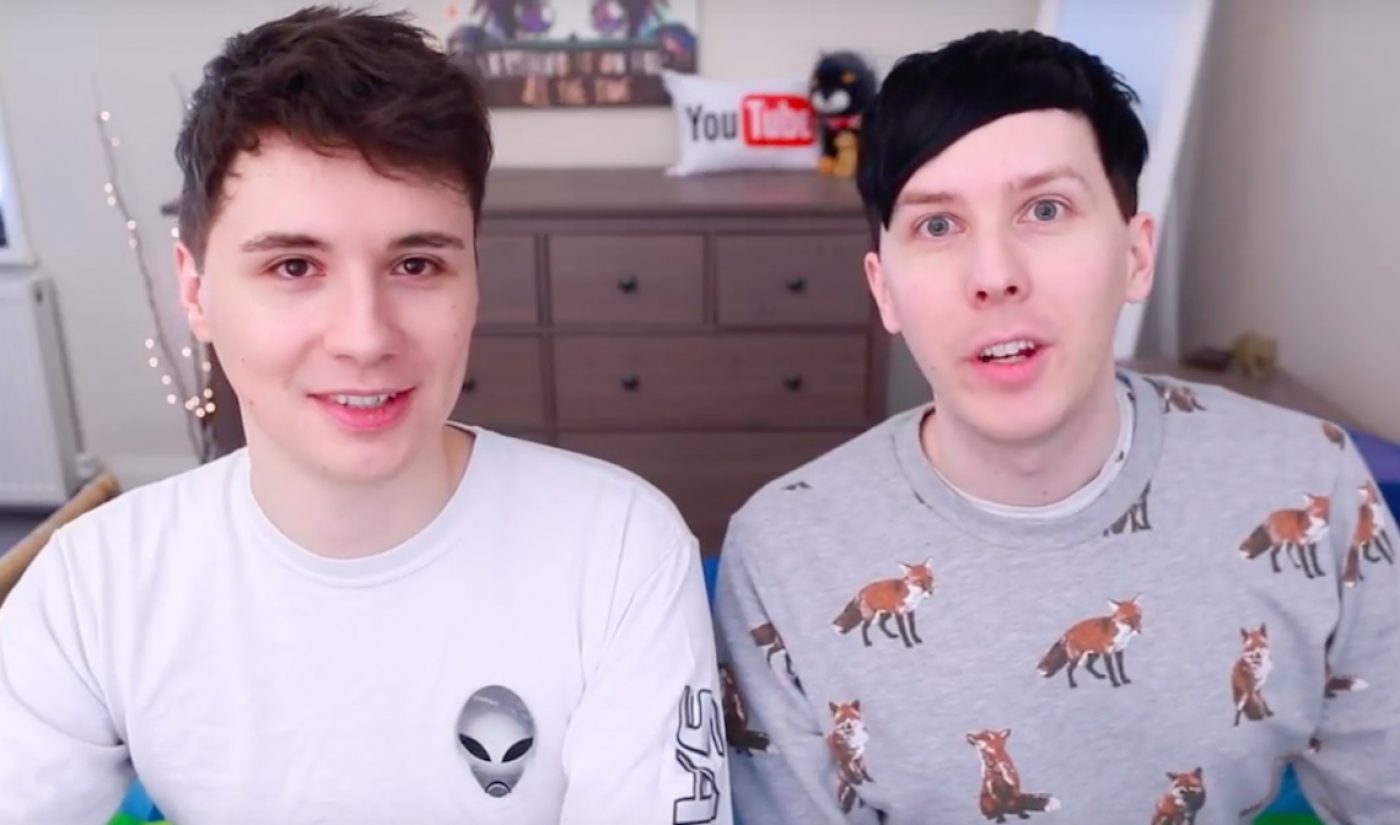 YouTube comedy duo Dan Howell and Phil Lester might be dropping some truth bombs on tabletops in the not-so-distant future. Though the YouTube comedians have yet to announce the release of any kind of party game whatsoever, fans have been gathering evidence of its existence, according to a report by We the Unicorns. One of the publication’s readers sent over a picture of the game they’d found in a Waterstones, a UK book and gift store. Another fan posted a photo of the “explosively honest party game” on Tumblr. It appears to be the same photo and it’s
accompanied by the caption:

“Apparently what happened is that a store that had received the games early put them on display by mistake and before they could pull them, someone got their hands on it (lucky). Dan briefly mentioned it in the liveshow today, though not definitively. The official release date is set to be October 19th (yes, the friendiversary, we freaked out too), but as neither Dan nor Phil has addressed this we can not confirm it for sure, nor can we confirm or deny that this is related to That Week In March.”

Further evidence of the game’s imminent release appears on Booko.com, an Australia book and DVD price comparison website. The site lists Dan and Phil’s Truth Bombs as “published” this month by Bananagrams Inc. (though the game does not currently appear on the Banagrams website).

According to Booko.com, the game costs over $17 on Amazon in the US (before shipping) and over $19 in the UK, where it says two of the board games are currently available. The game looks like it will fall into the truth-or-dare genre, with a “phan” (the name for Dan and Phil fans) photo capturing the Truth Bombs insert that reads, “We hope you have fun playing and it doesn’t destroy your relationships.”