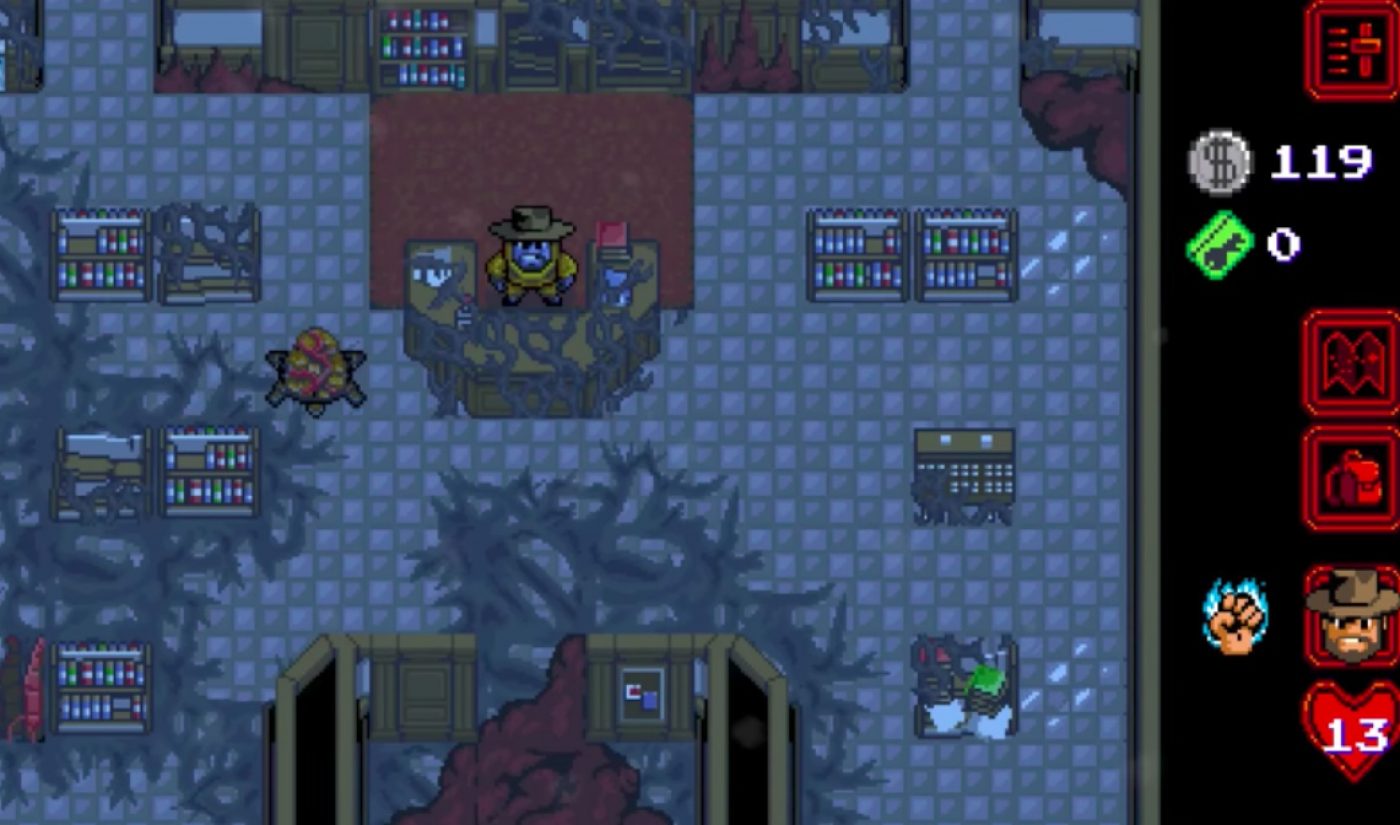 Stranger Things, the story of a group of Indiana kids who uncover the mysteries of a supernatural realm, is set to return for its second season, which will arrive in its entirety on October 27. Netflix is hoping for the show to retain the momentum it generated last summer, and in order to promote, the streaming service has moved into a medium it had not yet previously explored. It has released Stranger Things: The Game, a mobile title that gives players control of the young heroes of its universe.

The Stranger Things game features retro graphics and a chiptune soundtrack, hearkening back to the 80s milieu that serves as the Netflix show’s backdrop. Even the difficulty level is a blast from the past; when you fire up the Stranger Things mobile game, you can play in “Classic Mode,” which is described as “1984 hard.”

In the game, each of the Stranger Things protagonists have been outfitted with their respective powers, ranging from Nancy’s baseball bat to Caleb’s wrist rocket. With those powers at their disposal, players must dungeon-crawl through a series of the show’s environments, several of which are housed within the menacing alternate dimension known as the “Upside Down.”

For Netflix, which always seems eager to find new ways to promote its shows, game development is a logical path forward, and the pop culture-obsessed world of Stranger Things is the perfect place to start. If you want to check out the new mobile title, it is available for both iOS and Android devices.