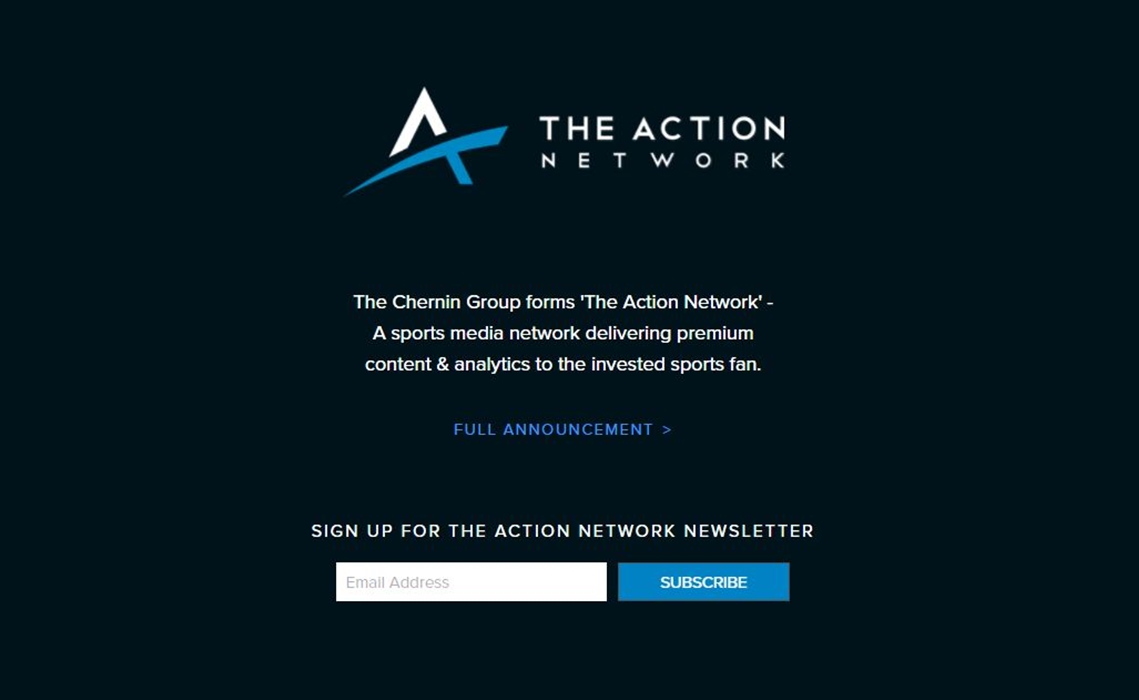 The Chernin Group (TCG), a media holding company founded in 2010 by storied exec Peter Chernin, has announced today the formation of The Action Network, a subscription service targeting the sports betting and fantasy markets — which TCG says represents a $170 billion proposition.

The sports analysis and media service will be helmed editorially by 16-year ESPN veteran Chad Millman, who has been named head of media. TCG acquired three sports data and analytics companies to form The Action Network: Sports Insights, FantasyLabs, and SportsAction. TCG will also invest additional funds into building out a management team, developing The Action Network brand, and launching a full-scale subscription service that will comprise analysis, tools, and entertainment (including video, podcasts, and written stories).

Founders and employees from the aforementioned three sports data companies will join The Action Network family. Sports Insights, which provides sports information and betting services, was founded in 1999 by Daniel Fabrizio. Fabrizio also co-founded FantasyLabs, which provides fantasy sports players with proprietary data and tools — and counts Mark Cuban as an investor. Finally, SportsAction is a mobile app platform that offers real-time scores, odds, and picks traction. The company was incubated with TCG and co-founded by Brian Mead and Mike Kerns — who currently serves as TCG’s president of digital.

“[Millman’s] experience launching new media brands, passion and expertise in the wagering media business, and network within the media industry is unmatched,” said Kerns of The Action Network’s first major hire. “This market is immensely valuable and growing by the day, yet there is a real lack of professionalized resources and infrastructure.”

“I’ve long believed in the power of the conversation that flows from betting and fantasy, because those are the prisms through which so many fans watch sports,” said Millman, who most recently served as editorial director of ESPN domestic digital content, and who created the gambling beat there. “That audience is only going to grow. This is a total thrill.”