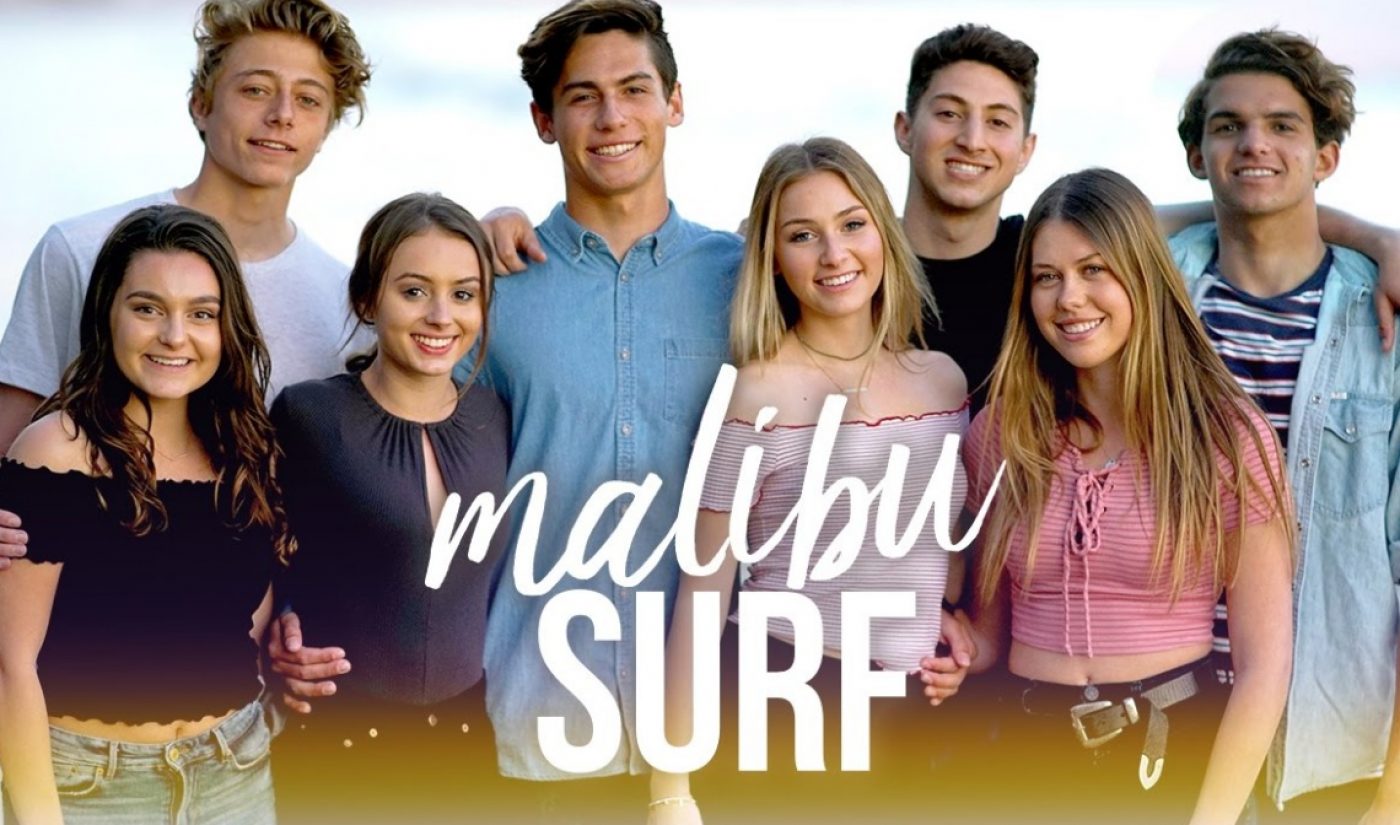 AwesomenessTV is planning to expand its examination of the lives of eight sun-kissed teenagers. The digital network has announced a second season of Malibu Surf, a teen drama set along the beaches of its titular location.

Malibu Surf follows a group of youngsters as they navigate the complex web of social interactions within their friend group. The show features love, bitterness, and many other emotions in between, and AwesomenessTV’s audience has eaten it up. The 20 episodes that make up Malibu Surf‘s first season were released between May 12 and September 22 and have collectively pulled in more than 13 million views. According to AwesomenessTV head Bonnie Pan, Malibu Surf episodes received 50% more views in their first seven days of activity than the channel’s average video.

Pan, who recently arrived at AwesomenessTV after stints at Endemol and Maker Studios, sees Malibu Surf as a show that resonates with its target audience. “Malibu Surf bridges the gap between the early success of short-form how-to’s and longer narratives that Gen Z is consuming on mobile,” she told Tubefilter. “We have found our audience is willing to watch longer form content on YouTube that has a well-produced story: in this case, a love triangle, a beautiful backdrop of Malibu married with their relatable coming of age challenges. Malibu Surf has an authentic storyline for our audience that keeps them tuning in week after week.”

A release date for Malibu Surf‘s second season has not yet been announced.