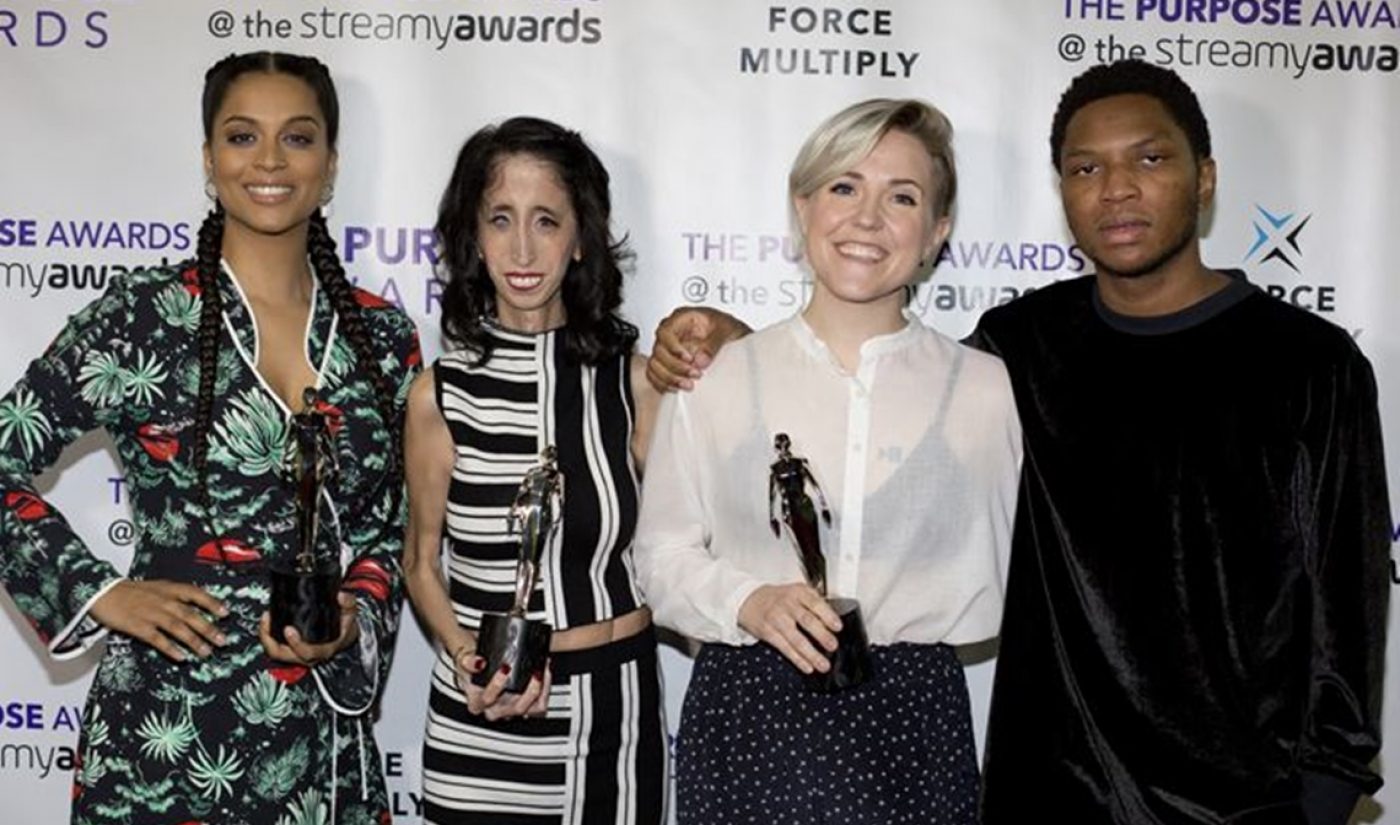 The first annual Purpose Awards were held on Monday afternoon in downtown Los Angeles, during which influencers, brands, and nonprofits were recognized for their altruistic works in a total of six different categories.

The Purpose Awards were born of the Streamy Awards, and represent an expansion of the Streamys’ ‘Social Good’ category into a standalone event. The inaugural gathering, produced by social marketing agency Force Multiply and Tubefilter, took place at the Conga Room in Los Angeles and was hosted by Rooster Teeth’s Burnie Burns and Ashley Jenkins. At the same time, the Ad Council received the first-ever ‘Legacy Award’ — honoring a sustained humanitarian effort that goes beyond a single campaign. The show, which was run by an all-female production team, also featured appearances by YouTube power duo Bart Baker and Shira Lazar.