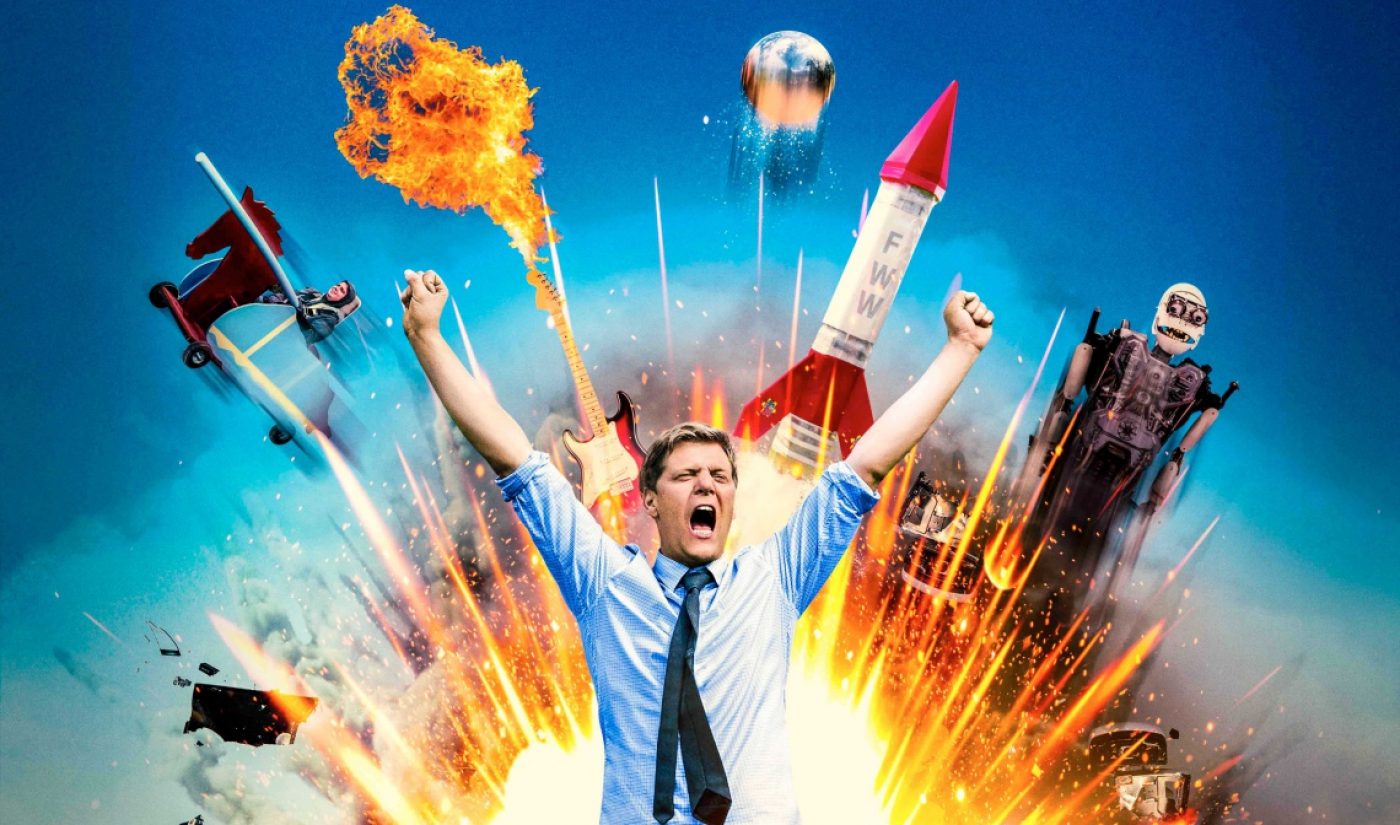 YouTube Red subscribers can now check out Colin Furze‘s biggest creations. Furze, an inventor and former plumber who has found success thanks to his crafty YouTube channel, has shared the first two episodes of his new web series Furze World Wonders, which showcases some of the most demanding projects he has ever taken on.

On his channel, which has more than five million subscribers, Furze has launched several viral hits by engineering jet bicycles, hoverbikes, Wolverine claws, and a number of other exciting gadgets. His new show takes his trademark inventiveness and applies it to a bigger scale. In the first episode, for example, he enlists a team to help him turn an empty lot into a huge BMX park, complete with ramps, rails, and ample pyrotechnics.

YouTube sees Furze World Wonders as a family-friendly show that is capable of entertaining both kids and adults alike. The show’s producer, 9 Story Media Group, is known for its ability to appeal to young audiences.

For Furze, Furze World Wonders is the latest in a series of big ventures. His first-ever literary effort, This Book Isn’t Safe, arrived on shelves earlier in September, and he also appeared earlier this year in a Red Bull documentary called Kings Of Content.

As is the case with other YouTube Red shows, the first episode of Furze World Wonders is available for free, but others are held behind a paywall. To see the entire show, you’ll need to purchase a YouTube Red subscription, which costs $9.99 per month.