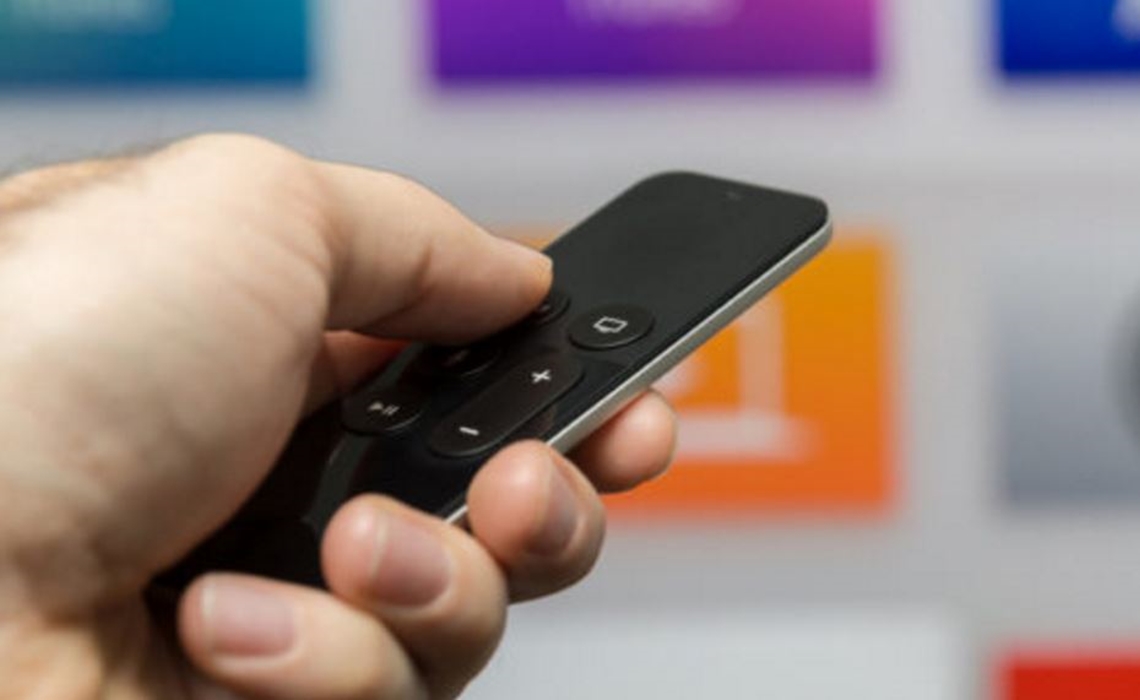 Cord-cutting is accelerating at faster-than-expected rates across the United States, according to a new study by digital analytics firm eMarketer, which notes that, as a result, television ad spending is expected to remain relatively flat over the next five years. In 2017, for instance, TV ad spend is expected to grow just 0.5% to a less-than-projected $71.65 billion.

The depleted spend will be driven by a continued migration of pay TV subscribers to OTT platforms — a number of Americans that eMarketer says is growing at a substantially speedier rate than initially expected. By 2021, for instance, total pay TV viewership is expected to fall by roughly 10%. And this year, there will be a total of 22.2 million cord-cutters aged 18 and over — up 33% from last year. Meanwhile, there are 196.3 million U.S. adults who watch pay TV, down 2.4% from 2016.

Check out a chart illuminating these changing tides — courtesy of eMarketer — below: 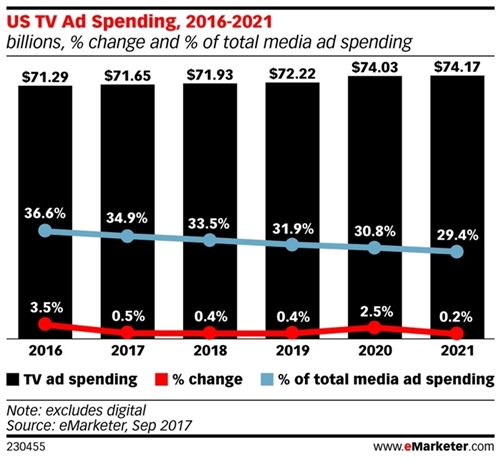 “Last year, even the Olympics and presidential elections could not prevent younger audiences from abandoning pay TV,” said eMarketer senior forecasting analyst Chris Bendtsen in a statement. That said, TV viewership among adults aged 55 and up will continue to rise — though that’s the only demographic where this is the case.

eMarketer also attributes the reduction in TV viewing to a slew of new skinny bundle service launches from the likes of Hulu and YouTube — and existing players like Dish’s Sling TV — as well as standalone subscription services from individual TV networks like HBO and ESPN.

Average daily TV watch-time among U.S. adults is also expected to drop 3.1% — to 3 hours and 58 minutes — this year, according to eMarketer, while digital video consumption is expected to rise 9.3% to 1 hour and 17 minutes.