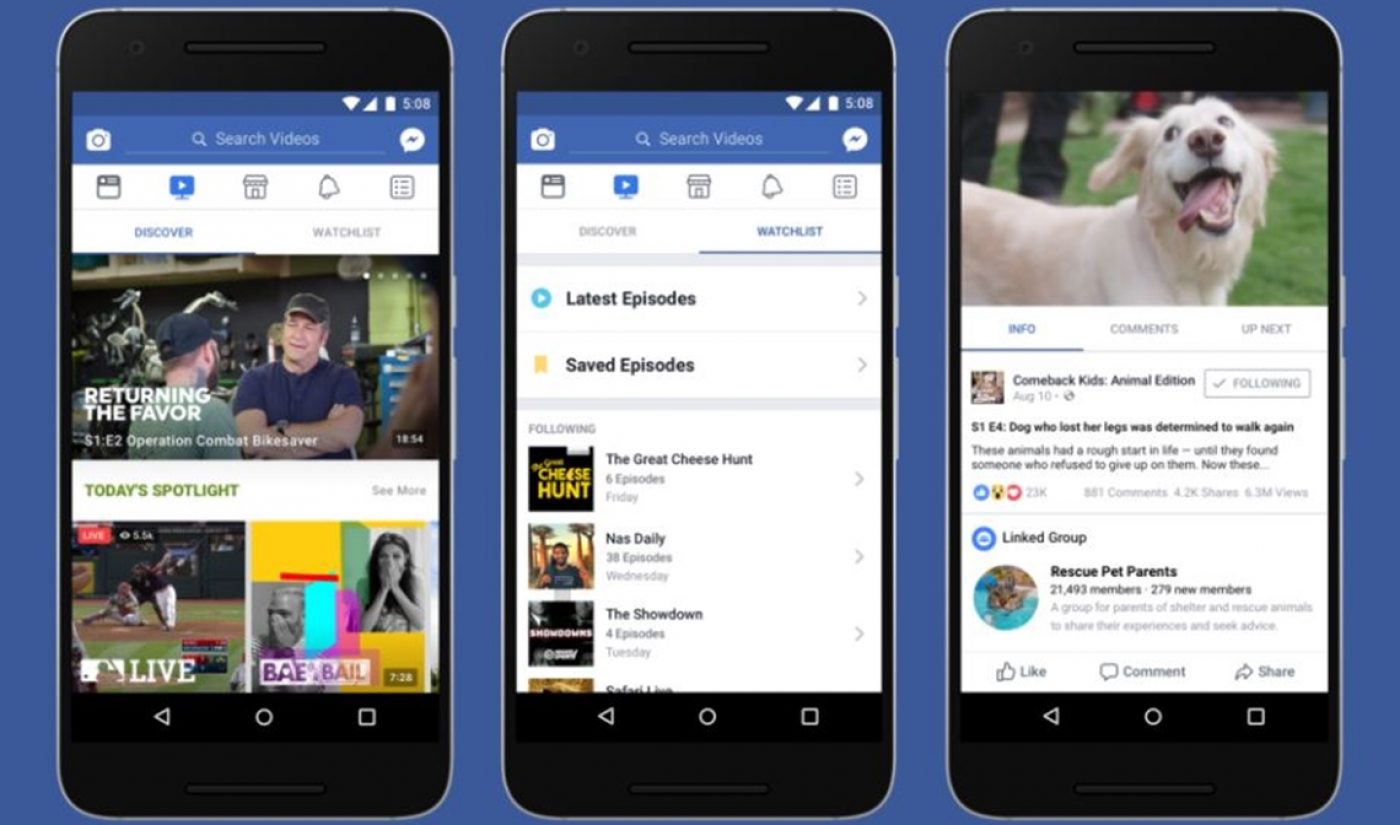 On the heels of the launch of premium video venture Watch, reports have surfaced that Facebook is poised to spend $1 billion on original content over the next year.

While Facebook has funded some shows for Watch — to the tune of as much as a $3 million per episode — the company has previously said that these initial investments merely served to seed the ecosystem, and that, in the future, Watch, like YouTube, would primarily consist of ad-based content furnished by outside creators. Facebook’s $1 billion commitment, first reported by The Wall Street Journal, signals that the company may be interested in developing the kinds of premium-style shows that are flourishing on competing platforms like Netflix and Amazon.

The rumored budget would put Facebook on par with Apple, which is said to have allocated a $1 billion budget to fund roughly a dozen premium-style shows over the next year. However, it’s still far less than streaming giants Netflix and Amazon spend on original content annually — or $7 billion in 2018 and $4.5 billion this year, respectively. The Journal reports that Facebook’s budget could fluctuate depending on the success of its shows.