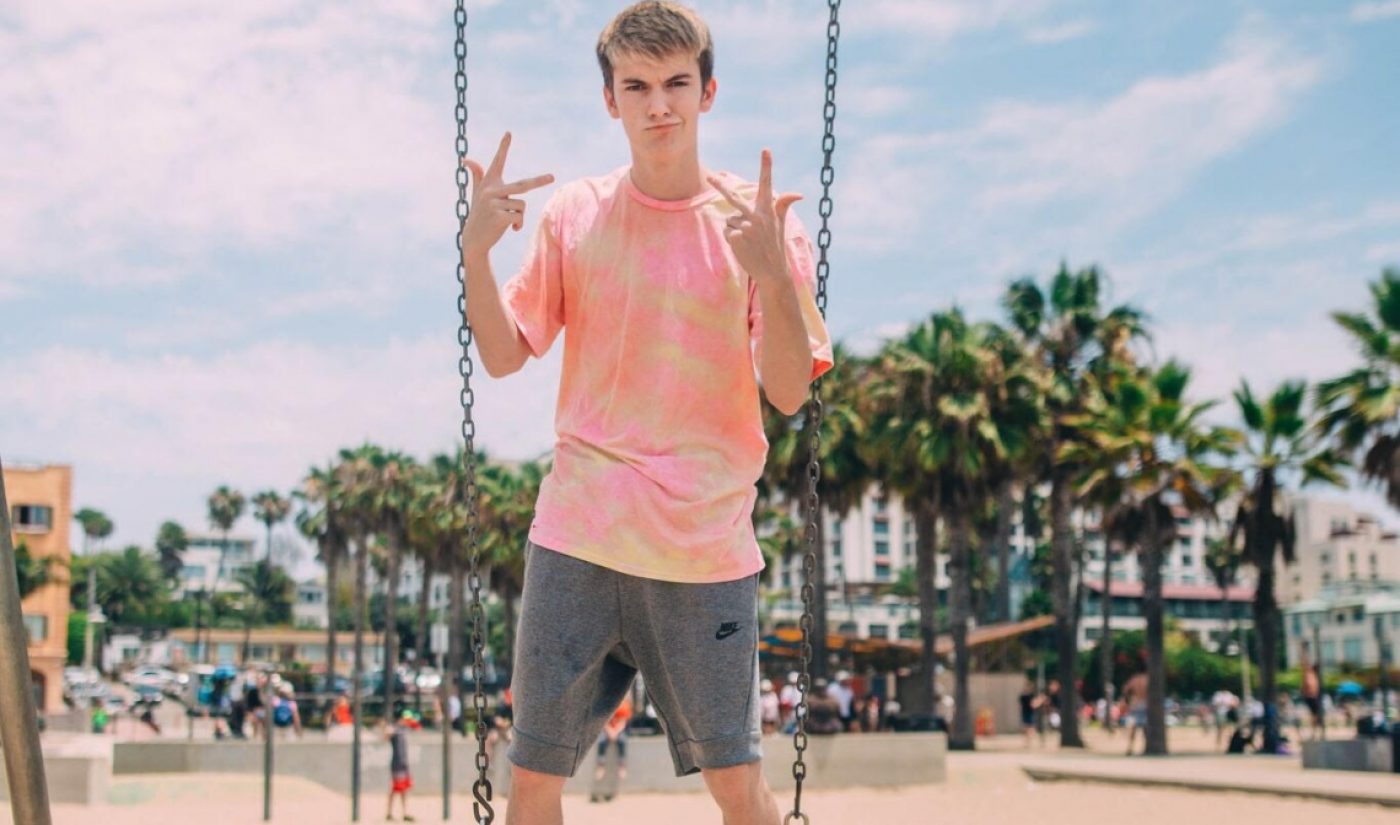 With a combination of stunts and charm, Tanner Braungardt has vaulted his way toward YouTube stardom.

Braungardt, a teenager from Kansas, is best known for his trampoline videos, which make use of his springy skills. Beyond those clips, his busy upload schedule also includes multitudinous vlogs and many other formats. Thanks to his hard work and the help of a representation team that includes talent agency CAA and Max Benator and Evan Weiss of Red Sun Entertainment, he has landed new opportunities for himself and his channel. Now, as he heads to Los Angeles to further jumpstart his career, we spoke to him about what he has achieved so far.

Tubefilter: How does it feel to have more than one million subscribers on YouTube? What do you have to say to your fans?

Tanner Braungardt: It feels like a big responsibility and really crazy. Thanks from the bottom of my heart for watching me in every vlog and for continuing to support me and the decisions I make.

TF: Your YouTube channel has risen very quickly. Why do you think that is?

TB: Because I made different content from what was already out there. Being a copy of something that’s already out there isn’t going to bring an audience. There’s no demand. Also once a type of video that you make works, you don’t just want to sit on that type of video just because it’s comfortable. Find new kinds of ideas that are entertaining and that make the viewer ask questions and become interested. Then add a great title!

TF: Who are some of the vloggers who influenced you as you began to make videos?

TF: Given your busy upload schedule, do you struggle with the daily grind of life on YouTube?

TB: Yes…everyone that does daily videos has the same struggle. You’re always carrying around a camera. At any moment where there’s something that comes up that’s entertaining you gotta drop what you’re doing and film it. And if you don’t you’re gonna miss something really great. So it’s a lot of work. You always have to be willing to drop what you’re doing and sacrifice time with friends and family to make it work. All of the filming and editing takes up most of the day.

TF: How long have you been trampolining, and what first sparked your interest?

TB: Since I was seven years old. Nobody else in my school could do it. I found a love for it and that love evolved into making videos.

TF: Have you sustained any injuries while trampolining?

TB: Just a nearly broken neck…multiple times. If so, how do you keep composed while attempting new stunts? #doitforthevlog

TF: As you’ve spent more time in LA and away from Kansas, have you experienced culture shock? How have you dealt with that?

TB: Kind of…people there think differently and have a bigger perspective on life. I’ve kept my friends that I’ve had all my life close to me and then go out every day and experience everything that I can.

TF: As you grow older, do you think your videomaking style will change in any notable ways?

TB: Yes…they will keep getting better the more that I learn about the value of entertainment as well as what people enjoy and what they don’t.

TB: Moving to California for a month!