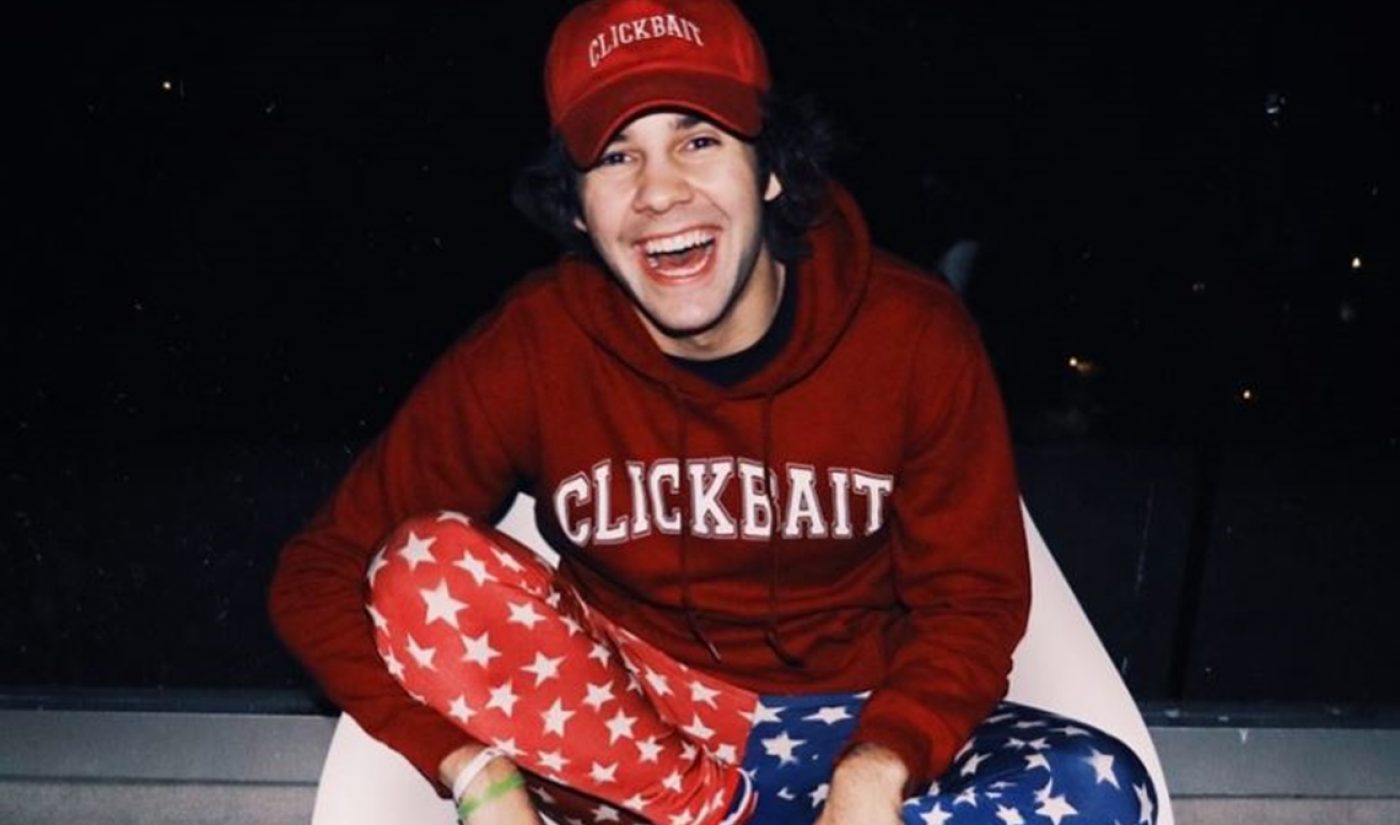 President Trump’s move to end the Deferred Action For Childhood Arrivals (DACA) program — which protects roughly 800,000 undocumented minors (so-called ‘DREAMers’) from the specter of deportation and enables them to work legally in the United States — may impact one of YouTube’s biggest stars.

Daily vlogger David Dobrik, 21, who was born in the city of Kosice in Slovakia and immigrated to Chicago with his parents and three siblings at a young age, according to Famous Birthdays, is now at risk of deportation when DACA protections expire. Trump has urged Congress to pass a replacement, saying that he will begin to phase out the program in six months.

Dobrik, a Shorty winner and Streamy nominee, currently resides in Los Angeles and counts eight million subscribers across both of his YouTube channels. He has tweeted several times about his predicament, sharing that he paid hundreds of thousands of dollars in taxes last year, and also warning that he will be unable to attend VidCon Australia — which kicks off on Saturday in Melbourne — due to the fact that international travel privileges for DREAMers have been revoked.

I paid $400,000 in taxes last year and all I got was a free trip back to Slovakia#DefendDACA

I’m sorry to say I cannot attend Vidcon Australia, as of yesterday Trump has taken away all my travel privileges#DefendDACA

Dobrik, who is repped by WME and also serves as co-host of the popular podcast called Views, has also discussed his immigration status — albeit with his signature sense of humor — in a recent vlog titled Getting Deported From The United States!!?.

Another prominent YouTube DREAMer is 19-year-old beauty guru Daisy Marquez, who was born in San Luis Potosí, Mexico, and has currently amassed 1 million subscribers across her two channels. “Trump is implying that all we have worked for was for nothing and we’re just illegals,” Marquez tweeted on Tuesday. “At the end of the day, we are human, too.”