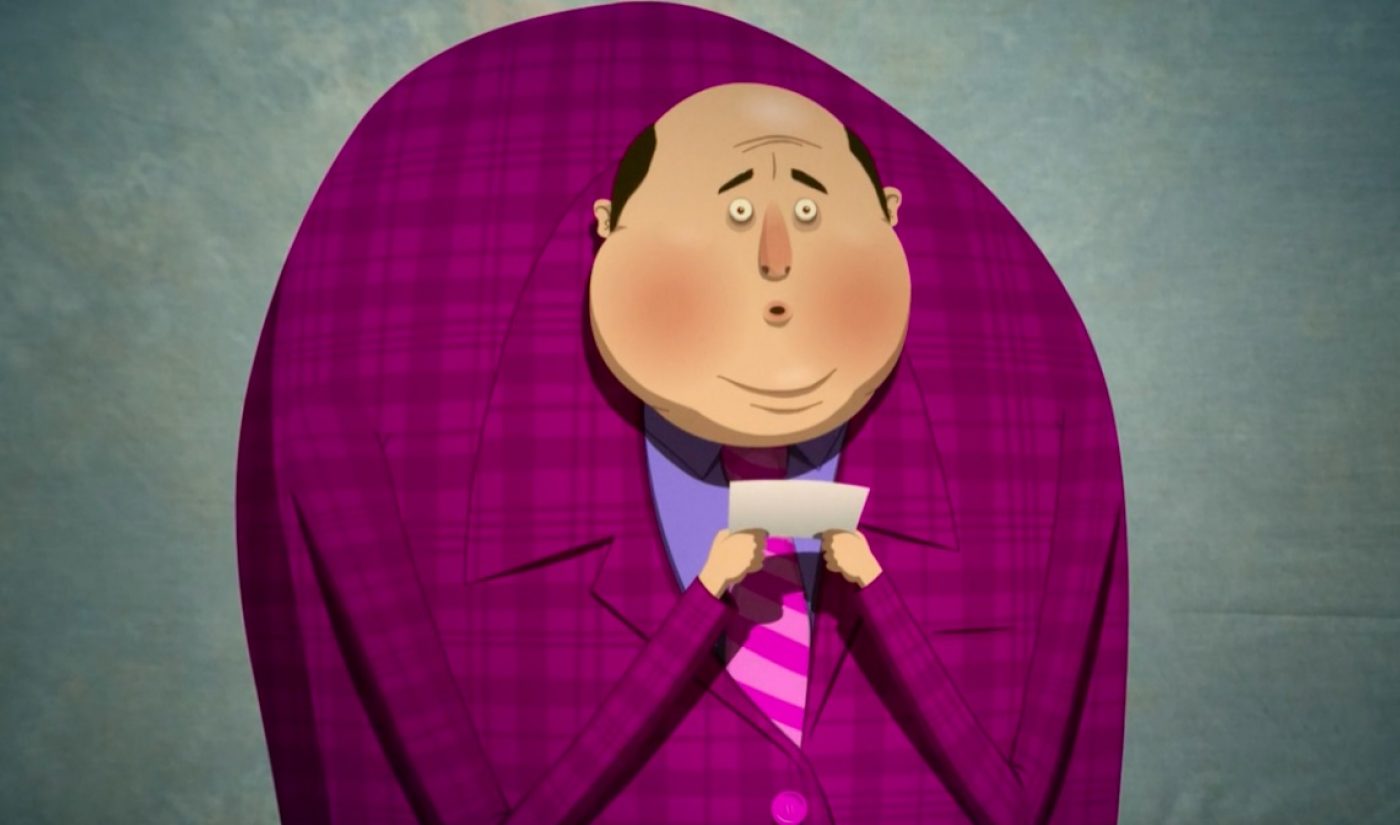 It’s only been two weeks since I last sang the praises of an Australian web series, and yet another creation from Down Under has caught my attention. This Is Desmondo Ray, a unique, must-see series funded by the government initiative Screen Australia, has launched a full season of quiet, compelling episodes.

The title character in This Is Desmondo Ray is a man, age 33-and-three-quarters, who possesses an unusual personality and a round physical appearance. After experiencing a personal tragedy, Desmondo is looking to get into the dating game, but his odd look and strange mannerisms make him a hard sell. In a prologue, we meet our hero and hear his pitch to potential suitors. Then, in episode one, creator Steve Baker begins to unfurl his hero’s mysterious backstory.

THIS IS DESMONDO RAY! Episode 1 from Steve Baker on Vimeo.

This Is Desmondo Ray‘s artful visual style, which mixes animation with live action, places it among the most gorgeous shows on the web. Pay too much attention to the colorful backdrop, however, and you’ll miss Desmondo Ray‘s sweet, empathetic sensibilities. This is a show that examines its main character in a careful, measured way, and as a result, Desmondo is one of the more nuanced protagonists I’ve seen. Kudos to Baker, who has managed to create a truly special show full of vivacity and pathos. This one is worth checking out.