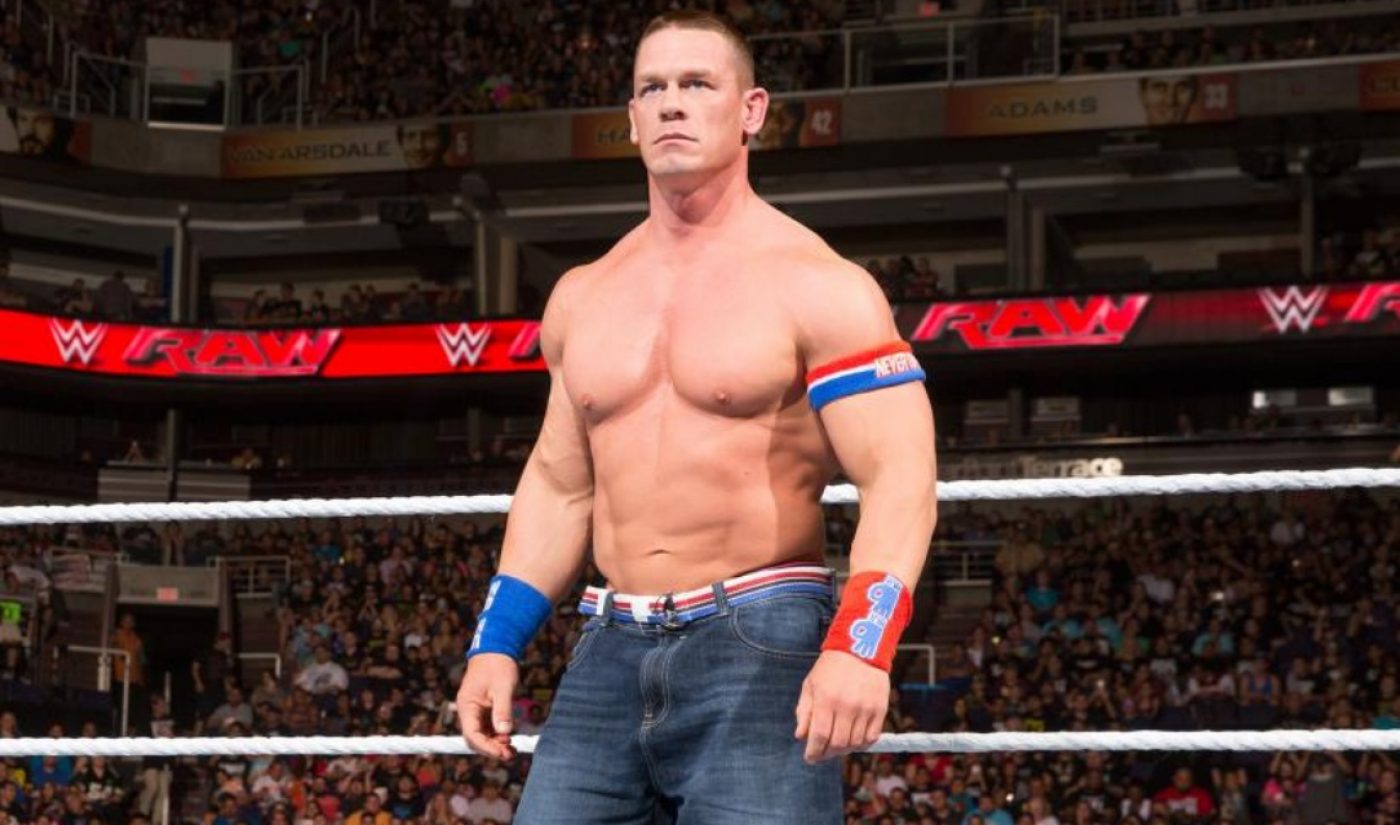 Through its forthcoming film Lifeline, YouTube Red has established a partnership with Dwayne “The Rock” Johnson; now, it’s dealing with another wrestler-turned-actor. According to The Hollywood Reporter,the subscription service has picked up Dallas & Robo, an animated comedy series that co-stars WWE star John Cena and 2 Broke Girls actress Kat Dennings.

Dallas & Robo‘s titular characters will be voiced by Dennings and Cena, respectively, with Dennings portraying a space trucker and Cena taking the role of her poetic companion. They will navigate their way through a collection of trials that will include “cannibal bikers, rival space truckers and vending machine burritos,” according to THR. Other performers who will contribute to the show’s strong voice cast include Jane Lynch, Giancarlo Esposito, and Taran Killam.

If you need proof that Dallas & Robo is YouTube Red’s attempt to appeal to the “adult animation” set, you only need to look at its credits, which includes ties to many other programs in that genre. The studio behind it, Shadowmachine, is best known for its work on Adult Swim’s Robot Chicken and Netflix’s Bojack Horseman. Dallas & Robo‘s director, Mike Roberts, previously served as a director for Netflix’s F Is For Family. One of his writers, Andy Sipes, is an Archer vet. The premise that they’re working with — two pals go on intergalactic adventures — is reminiscent of Rick & Morty and Futurama.

Dallas & Robo does not yet have a confirmed release date, but when it does arrive, it will be distributed through the WWE YouTube channel, which has more than 17 million subscribers. To access any episodes beyond the first, you’ll need a YouTube Red subscription, which costs $9.99 per month.