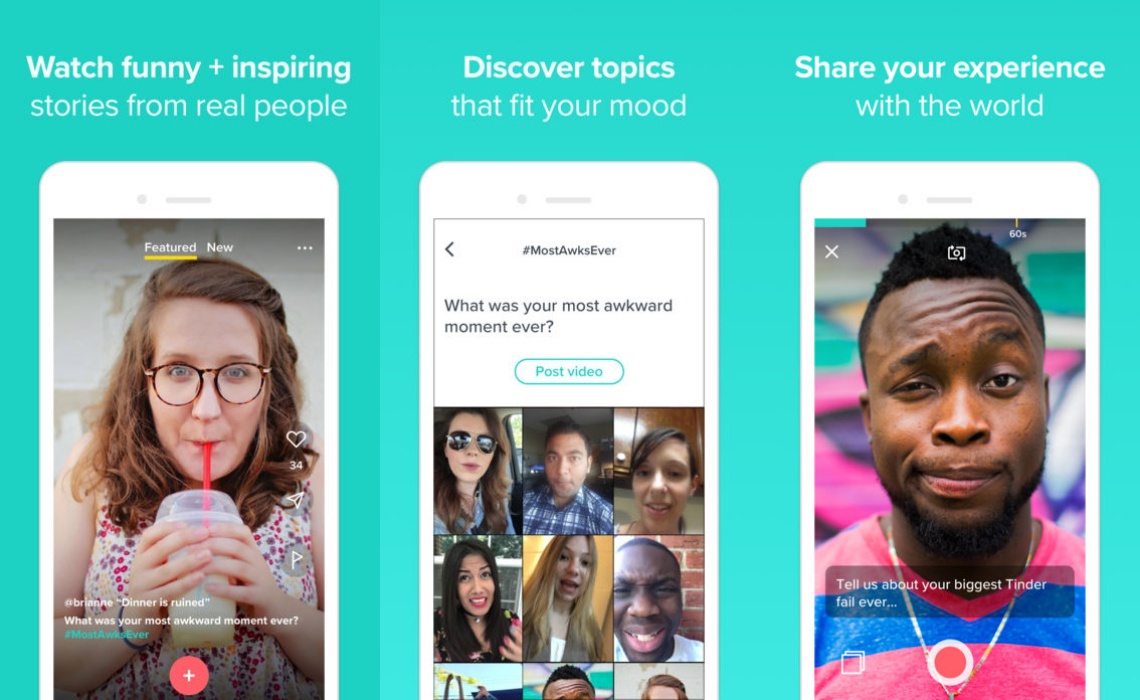 Wattpad has launched a new storytelling product for its users. The media, which lets authors share their written work and employs a crowdsourcing system that allows the best of those works to receive the most exposure, has launched an app called Raccoon that focuses on non-fiction videos.

Raccoon’s users are invited to record short vlogs in which they answer prompts posted on the app. A creator can browse through open questions (the example Raccoon’s App Store page gives is “What restored your faith in humanity?”) and create video responses to the ones that apply to their life experiences. These vlogs are expected to be reasonably short; Raccoon’s tagline is “Great stories told in 60 seconds.” Viewers can then sort the accumulated videos by topic and check out the ones that match their interests.

While Raccoon is Wattpad’s first product to adopt digital video as its medium of choice, the company has made no secret of its entertainment industry aspirations. It has brought the work of its homegrown authors to TV thanks to deals with studios like Universal and Turner, and it has also linked up with prominent digital media companies like Fullscreen. With Raccoon, Wattpad will be able to expand its network of up-and-comers by catering to those who prefer the oral tradition to the written word.

Beyond Raccoon, Wattpad also recently rolled out Tap, an app whose stories are displayed as text threads. According to TechCrunch, that app has been stocked with more than 300,000 stories just six months after its launch. In total, Wattpad counts 60 million monthly users.