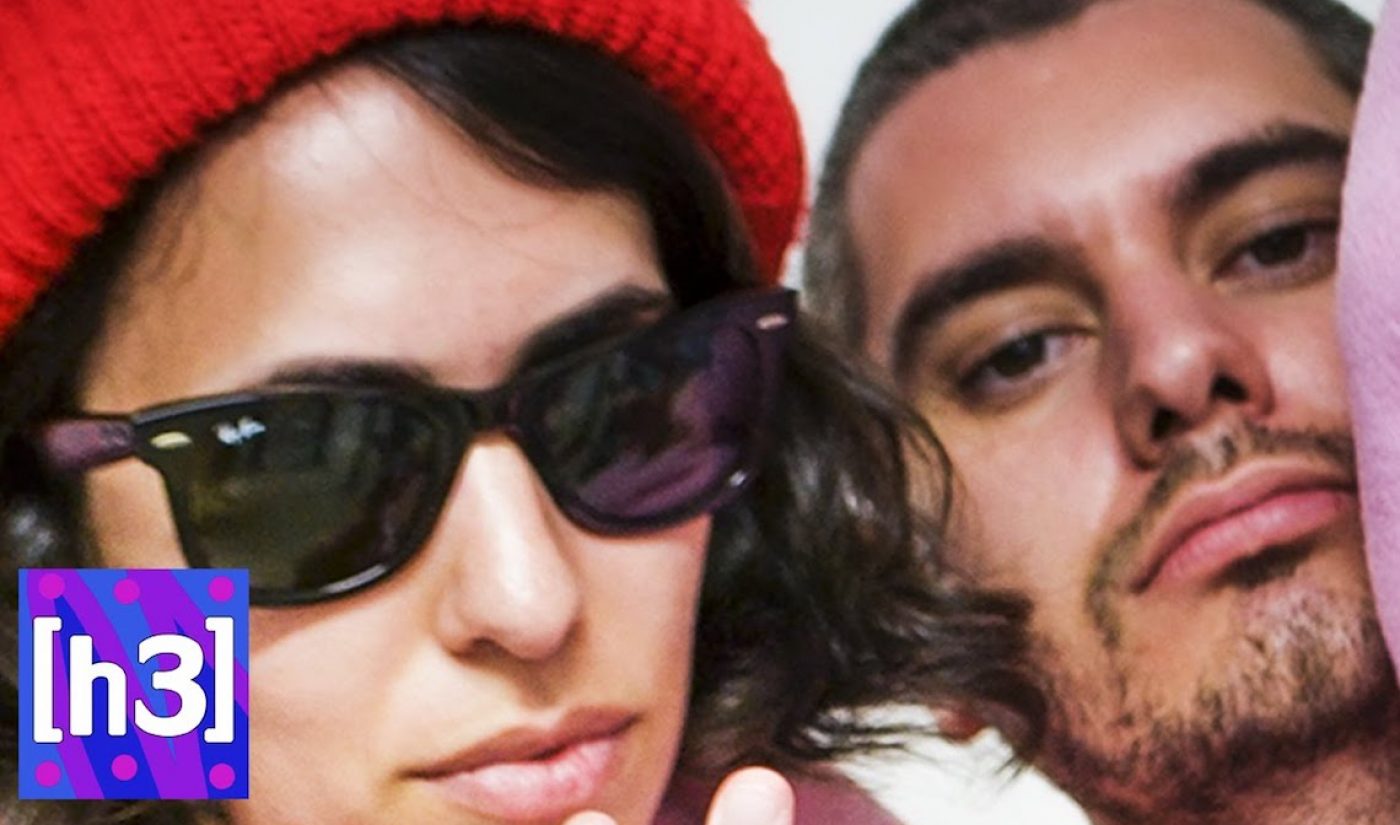 YouTubers rejoice! A New York judge handed down an important decision in favor of fair use on Wednesday.

The high profile case between Ethan and Hila Klein (the husband-and-wife duo behind popular YouTube channel h3h3productions and it’s over 4.6 million subscribers) and Matt “Hoss” Hosseinzadeh (who posts videos on YouTube under the banner of MattHossZone to his 169,000 subs) has come to a conclusion nearly a year-and-a-half after it began. The case left many in the industry wondering how strong of a defense fair use would be for YouTubers facing an allegation of infringement under U.S. copyright laws for the popular ’reaction’ genre. Now they have an answer.

Hoss filed the lawsuit against both the Kleins (the persons and not their business entity) on April 26, 2016, claiming, among other things, copyright infringement after the Kleins featured segments of one of his videos in one of theirs. This was after several rounds of back and forth using the Digital Millennium Copyright Act (“DMCA”) takedown notification and counter notification processes. Here’s the upload (which was re-uploaded by h3h3productions after the court’s decision came down) that spawned all the litigation.

The Kleins’ audience became aware of the lawsuit when h3h3 posted a 15-minute video bluntly titled “We’re Being Sued” explaining the situation. The pair received overwhelming support from the YouTube community, including the launch of a GoFundMe page by prominent YouTuber Philip DeFranco. Over $100,000 was raised within the first 24 hours. That was a good thing, too, as the Klein’s racked up over $50,000 in a single month on legal fees.

Both the Kleins and Hoss filed motions for summary judgment, a way of asking the court to make an immediate decision on the issues before a trial begins, and more costly legal fees are racked up. In the opinion, available here, District Judge Katherine B. Forrest, examines three claims: copyright infringement, DMCA misrepresentation, and defamation.

Deeper into the opinion, Forrest lays out the four-factor test that serves as a foundation to any determination of whether a claim alleging copyright infringement constitutes fair use.

She then dives into an extensive discussion and examination of each factor as it relates to the lawsuit. Forrest cites well-known case law that establishes the first fair use factor as the most important. She writes the first factor “weighs heavily in defendants’ favor.” Continuing, she explains h3h3productions’ video is “quintessential criticism and comment” and offers specific examples from the h3h3productions video to support her decision.

The second factor is the only one which Forrest determines weighs against h3h3productions and in favor of Hoss, since the original video can be considered a creative work within the scope of copyright law. However, this factor alone does not prevent h3h3productions from relying upon the fair use defense and having summary judgment granted in their favor.

For the third factor, Forrest notes that h3h3productions used a combined three minutes and 15 seconds of the overall five minutes and 24 second Hoss video. She notes that “the law is clear, however, that quantity alone is not determinative.” She explains that clips from the original work may be used in the process of providing commentary and critique to avoid losing context. Forrest ultimately concludes this third factor is neutral in making her determination, writing that in this particular instance, “the ‘extent’ and ‘quality and importance’ of the video clips used by [h3h3productions] were reasonable to accomplish the transformative purpose of critical commentary.”

In addition to the claim of copyright infringement, the original complaint included a DMCA misrepresentation claim arguing that h3h3productions inappropriately filed their DMCA counter notifications. The counter notification process is a mechanism built into the DMCA to provide someone that is the subject of a DMCA takedown notice the opportunity to reply. In dismissing this second claim in favor of h3h3productions, Forrest notes that the Kleins had a “good faith belief” that their video was not infringing and therefore was not a DMCA misrepresentation. It’s interesting to note here that Forrest cites the Lenz v. Universal Music Corp. decision, famously dubbed the “Prince dancing baby” case that was recently denied a review by the U.S. Supreme Court.

After initially filing, Hoss amended the initial complaint on July 22, 2016, to include a third claim of defamation under New York law. In the amended complaint, Hoss argued he was “lambasted” in a YouTube video (the aforementioned “We’re Being Sued“), posted by h3h3productions explaining their side of the of the story and openly criticizing Hoss for initiating the lawsuit. However, Forrest isn’t buying it and quickly points out the h3h3productions video discussing the lawsuit is “either non-actionable opinions or substantially true as a matter of law.” Therefore, this third and final claim in the lawsuit is dismissed by the court.

The lawsuit is over and the Kleins have won their case. Ideally, they’ll be able to recover their legal fees and expenses incurred throughout the process of fighting it, too. That, largely, depends upon whether Hoss will be in a position to pay those fees, in addition to having paid his own along the way. The Kleins were able to receive some financial support from the YouTube community and, hopefully, won’t be completely out of luck if they are unable to collect. As YouTuber and attorney Leonard French points out in his live stream discussion of this decision, this may be an opportunity for the Kleins to use the judgment to obtain a written agreement or statement by Matt Hoss that he won’t pursue the lawsuit further in exchange for not having to pay the fees.

There is an opportunity for Matt Hoss to appeal the case. The likelihood of that happening is slim since it would result in even more legal fees to file the appeal and, essentially, go through this whole process again. It may be difficult for Hoss to find an attorney willing to take on an appeal in this case given the strongly worded and thorough examination provided in the opinion by Forrest.

Overall, this decision can provide important guidance to YouTubers when it comes to fair use and commentary videos. The opinion of Forrest is valuable in that it provides insight into how a court may interpret the fair use defense when it comes to commentary and reaction videos. In a footnote, she writes:

Some reaction videos, like the Klein video, intersperse short segments of another’s work with criticism and commentary, while others are more akin to a group viewing session without commentary. Accordingly, the Court is not ruling here that all “reaction videos” constitute fair use.

That being said, it’s also very limited because it’s only a decision out of this one court, in this case the United States District Court for the Southern District of New York, which appeals to the 2nd Circuit. It isn’t binding across the entire United States or other jurisdictions, and, therefore, cannot be considered new law or an expansion of fair use. However, it can be considered persuasive and used in future cases arguing fair use defense to a copyright infringement claim.

So, like I said before, YouTubers, rejoice! But still proceed with a little bit of caution, too. And check out the video from h3h3Prdocutions on their legal win below.