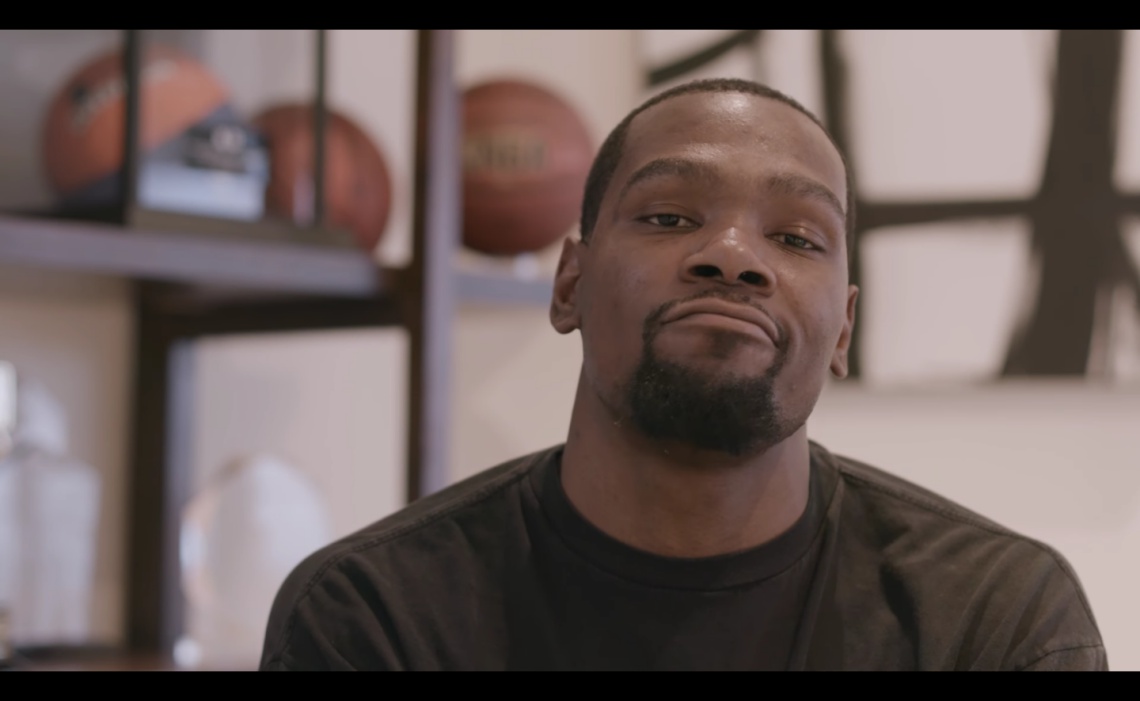 After launching the venture last April and having already amassed 390,000 subscribers, Durant is now set to hobnob with a handful of the platform’s biggest stars during a live stream tomorrow atYouTube Space LA. Beginning at 6 pm ET on Durant’s channel, the stream will be broadcast in VR180 — an immersive format unveiled by YouTube in June.

The stream will serve to promote Durant’s new Nike KD10 shoes, and Nike footwear designer Leo Chang will be on hand to discuss the latest fruits of Durant’s 10-year endorsement deal with the illustrious sports brand, which he signed in 2014.

Vlogger Adande ‘Swoozie’ Thorne will host the event, while Durant will also tear open the KD10s with Lincoln and Dan Markham, the father-son duo behind the popular dissection channel What’s Inside. Durant will also have a bit of playtime with the explosively popular five-year-old toy unboxer Ryan Toys Review, and engage in a Hot Ones challenge with interviewer Sean Evans, who grills guests while eating spicy chicken wings in the popular web series.

“Being able to give people an inside look at my life on and off the court, as well as push the envelope with never-before-done content, is very important to me and the vision for my channel,” Durant said, per YouTube’s official blog. “As I continue to step up the level of content I deliver, and as I keep building my creative network, the sky’s the limit for what my team and YouTube can do together.”

In addition to a 30-minute documentary called Through The Noise that Durant debuted last month, he also partnered with YouTube’s The Slow Mo Guys on an epic dunk video earlier this month.