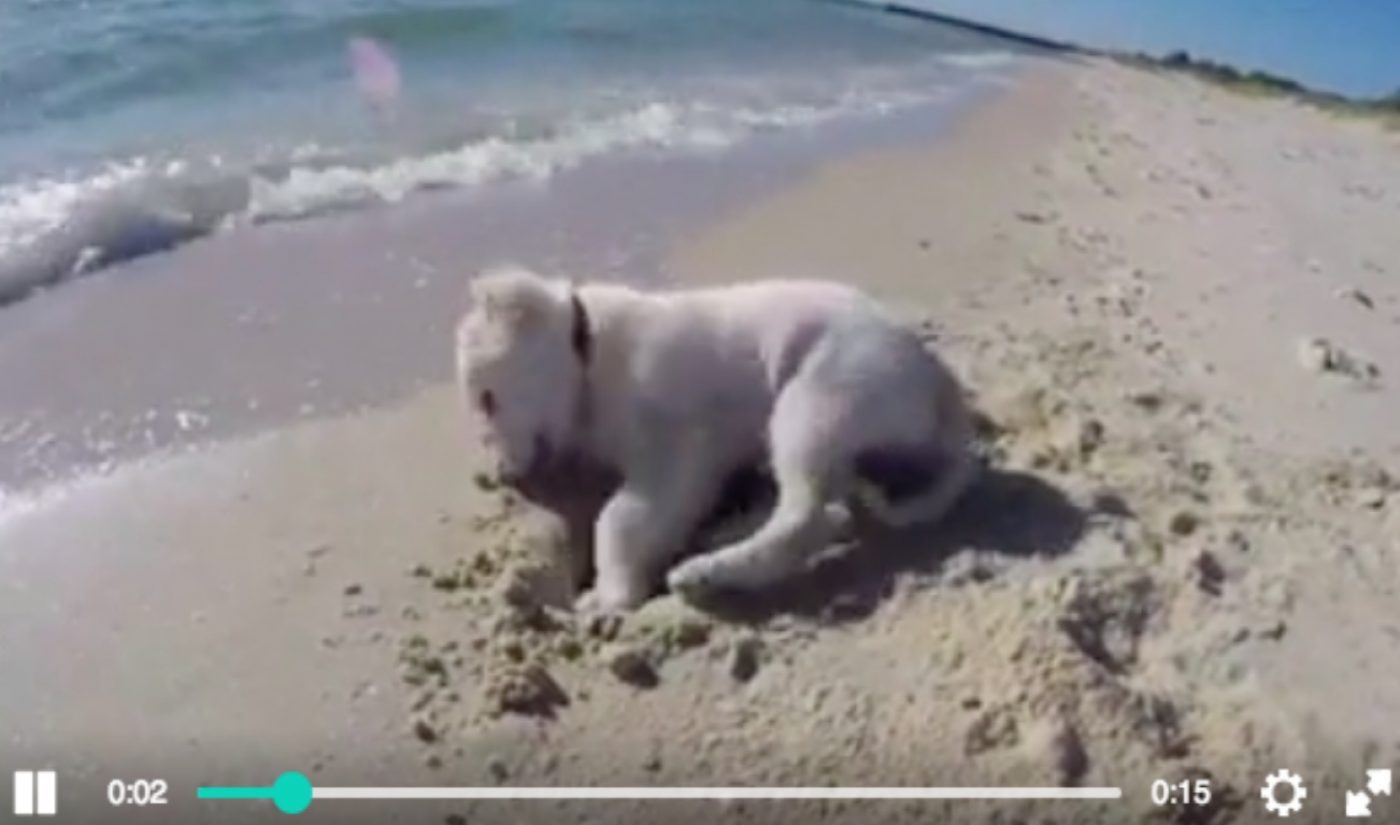 Reddit is making a move in the world of video hosting.

The self-proclaimed “front page of the internet,” which is divided into thousands of category-specific “subreddits,” has launched a beta version of an in-house video player that lets users upload clips directly from their mobile devices.

The new video player is connected to the Reddit app, but it can be used for any clip from a user’s library, so long as that video is under fifteen minutes in length. Naturally, Reddit’s take on video hosting also includes a few features tailored to its community, who are able to cut gifs out of the content they share and edit irrelevant sections out of their footage before uploading it. Reddit-hosted videos, like those of Facebook, also stay pinned to the top of your browser as you scroll, thus allowing you to keep an eye on the cute dog you’re watching while you read, vote on, and reply to comments.

Reddit initially rolled out its video platform to a limited number of users, who used it to capture typical internet fare like cute babies and pets. The social news aggregator has also partnered with some brands for sponsored uploads that utilize its new player. Time Magazine, for example, took to a space-themed subreddit to share a video regarding the history of solar eclipses less than a week before another one of those events is expected to occur in the United States.

In announcing its video player, Reddit stressed that its new development would make it significantly easier for users to share content. “Prior to this launch, content creators had to go through a time-consuming, circuitous process to post videos, using third-party hosting platforms, copying URLs, and sharing them as link posts. This inhibited many users, especially those who capture videos on their phones and want to share them quickly with their favorite subreddits,” reads a Reddit blog post. “With native video, we’ve streamlined this process dramatically, allowing both content creators and commenters to focus on the conversation taking place on Reddit. No third-party uploads, new tabs, or back arrows necessary.”

Make no mistake, though: this feature potentially has a big payoff Reddit itself. The aggregator introduced video ads two months ago, and the new player will make it easier to deliver those ads to consumers. Reddit now has the potential to take a huge step forward in terms of its advertising infrastructure while still serve its millions-strong user base.

Detailed instructions for those wishing to use the new video player are available through Reddit’s introductory blog post.