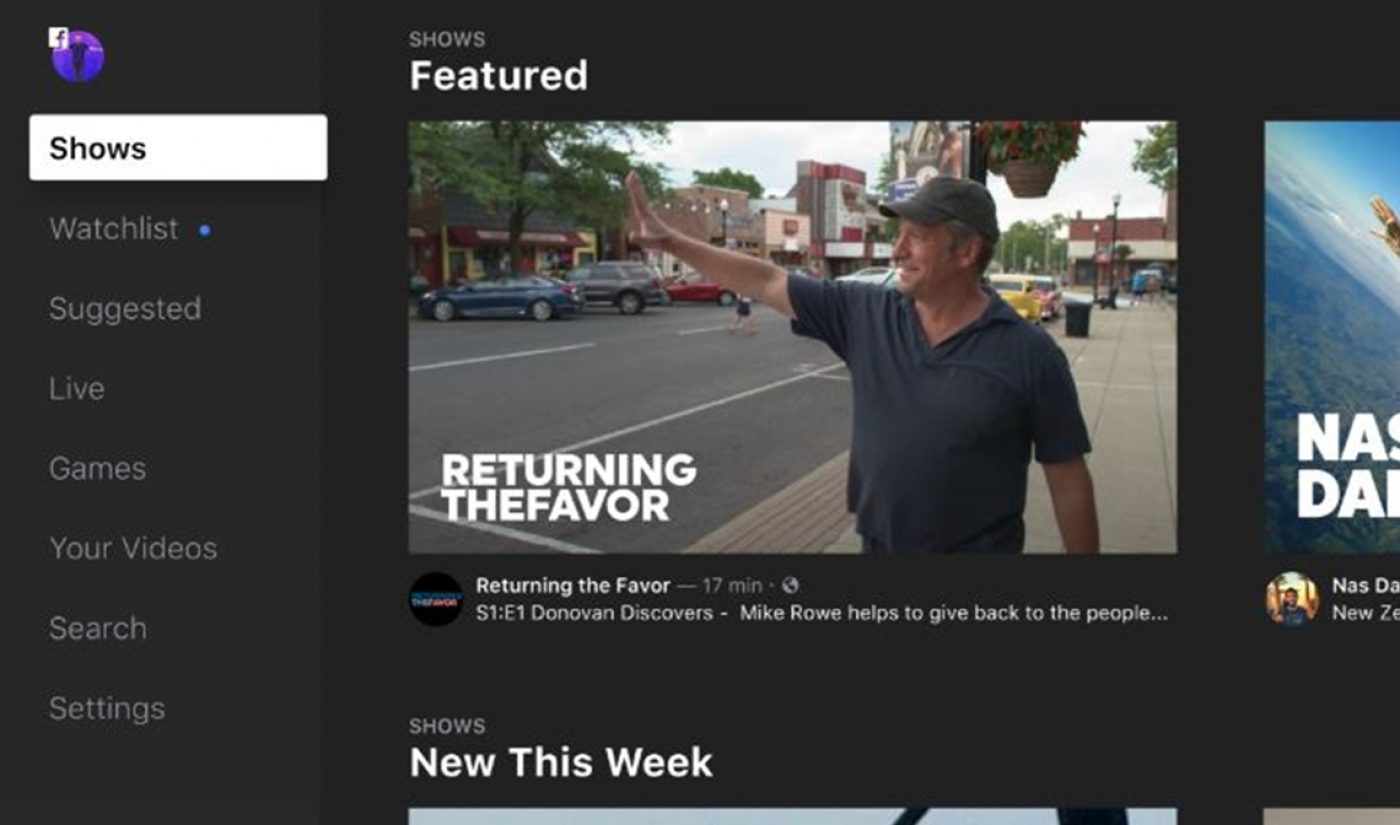 Facebook has officially launched its long-awaited video platform, Watch, a separate tab intended to serve both live and recorded programming that follows a storyline or theme. Such videos could include, according to Facebook, weekly cooking shows or daily vlogs.

Watch will ultimately be available on mobile devices, PCs, and smart TVs, Facebook said. And given that the new tab will feature both short-form videos as well as television-style programming, Watch is at once Facebook’s answer to YouTube and traditional TV.

The service will suggest programming on an individualized basis, and will also feature a section called Watchlist where users can follow shows and receive updates when new episodes post. Content will be discoverable via sections like ‘What Friends Are Watching’ and ‘What’s Making People Laugh’ — or shows that have garnered a substantial number of ‘Haha’ reactions. Another chief differentiation that capitalizes on Facebook’s social networking expertise, the company said, is that viewers can comment or chat with friends while watching.

The aim of the platform is for creators and publishers to amass audiences and ultimately monetize their work. Watch is currently being piloted among a limited group of U.S. users, and will roll out to all users “soon,” Facebook said.

Check it out in action below:

Additionally, Facebook will soon make it possible for all users to create shows on Watch. While this capability is currently limited to a small group of users, prospective creators can apply here. Shows are shared via a new kind of Facebook page called Show Pages, which feature descriptions, all episodes and related videos, and other community-building tools.

In time, creators will be able to monetize via Ad Breaks, Facebook said, as well as via sponsored shows using Facebook’s ‘branded’ content tag. (As on YouTube, creators will reportedly take home a 55% cut of any ad earnings, with Facebook pocketing the rest).