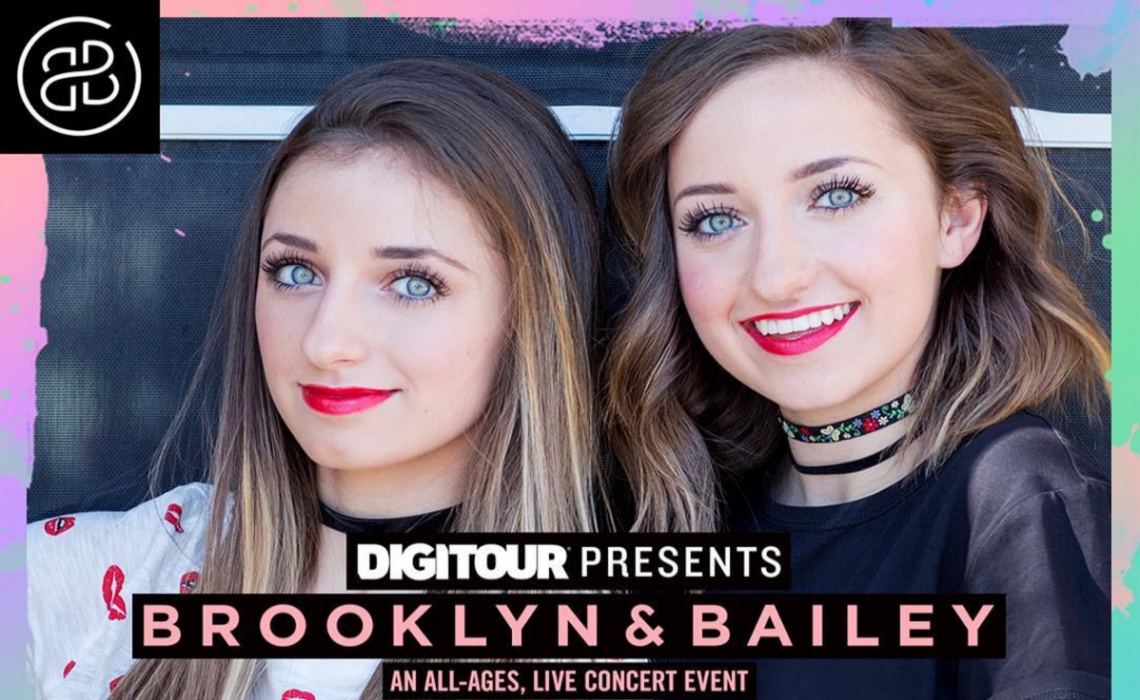 Two teenage YouTube stars are preparing for a tour of the United States, and their fans now know where and when the shows will take place. Brooklyn and Bailey McKnight, whose joint YouTube channel has more than 4.3 million subscribers, have shared the majority of the itinerary for their upcoming 16-city voyage across the nation.

The McKnight twins, who are 17 years old, will begin their tour in Houston on October 5 and will head north and then east before flying across the country to complete their journey in Los Angeles on October 29. The current schedule includes two dates that are listed as “coming soon,” implying that a pair of shows will be added to the tour in the future.

Brooklyn & Bailey’s event series is produced by DigiTour, the company known for creating “in real life” gatherings that feature online video stars. At each stop on their tour, the McKnight twins will perform tracks they have recorded as part of their burgeoning music career. Their first single, “Dance Like Me,” premiered back in April and wasted no time rolling up a seven-digit view count.

Brooklyn & Bailey first gained digital notability thanks to the CuteGirlsHairstyles channel run by their mom Mindy. Their cross-country venture was announced back in June, and they shared details about it two months later in a video on their YouTube channel. As far as announcement videos go, this one is a tour de force.

Tickets for the Brooklyn & Bailey tour are now available through the DigiTour website. They start at $25 for all dates.