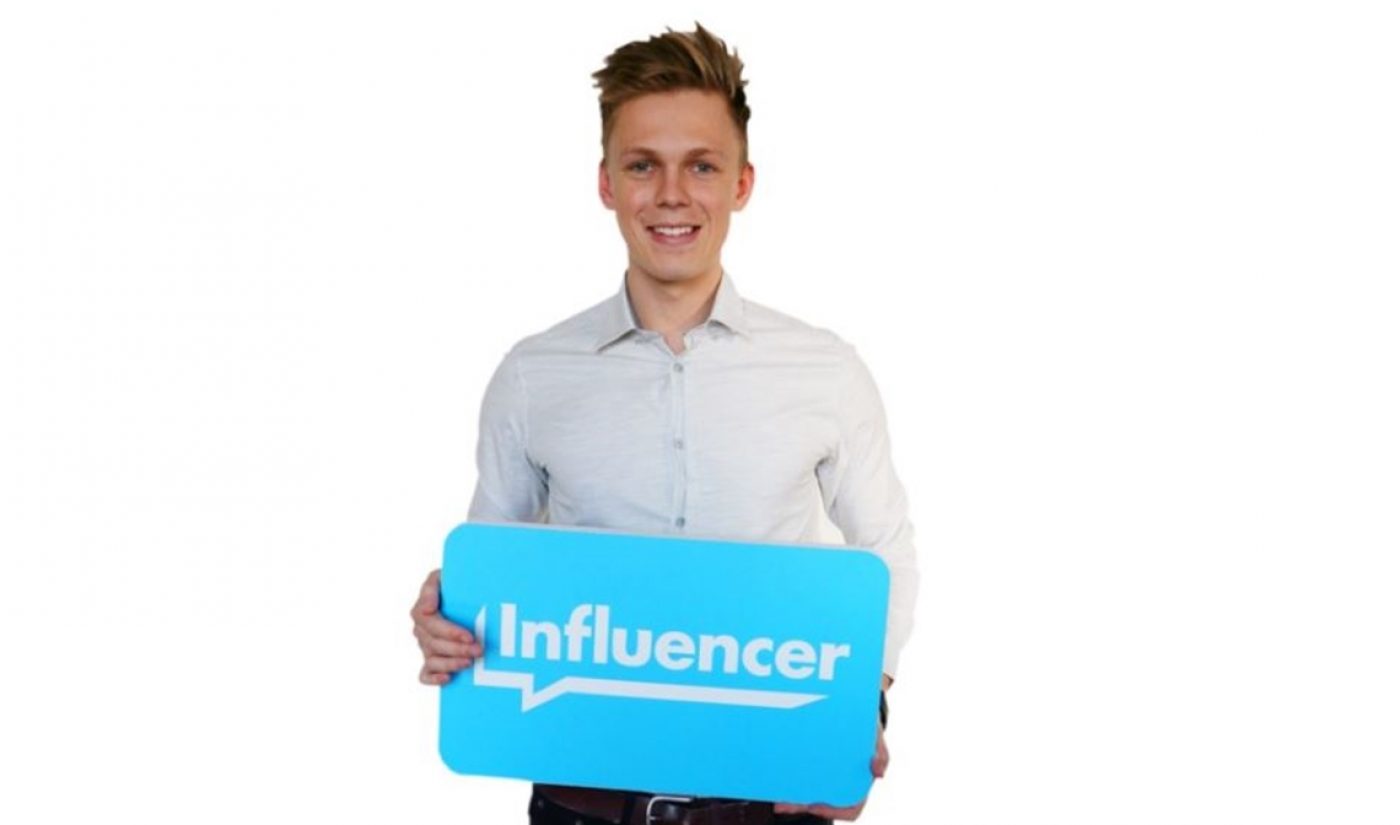 South African YouTube star Caspar Lee is stepping behind the camera to hone his business acumen.

The 23-year-old has taken equity in influencer marketing agency Influencer and joined the London-based startup as chief innovation officer. Influencer, which was founded in 2015 by 21-year-old entrepreneur Ben Jeffries, describes itself as a data-driven platform that takes briefs from brands and matches them with relevant content creators from its roster of more than 1,000 influencers in categories like fashion, technology, food, and more.

In his new role, Lee will lead strategic and business direction for brands that work with Influencer, including Uber, Badoo, and Withings. “I’m very excited to join and invest in such a young team [the average age of employees at the company is 22] with huge potential,” Lee said in a statement. “Digital marketing continues to snowball, and it’s time to take our platform to the next level.”

“As someone who is extremely respected within the social media space, Caspar’s involvement and investment is a huge step in our plans to become the largest influencer marketing company in the world,” added Jeffries.

Lee, who is signed to WME, launched his YouTube channel in 2011 and today counts more than 9 million followers across two channels — as well as 3.7 million followers on Instagram and 4.9 million followers on Twitter. In addition to acting roles in Laid In America, The SpongeBob SquarePants Movie, and Spud 3: Learning To Fly, Lee appeared in the reality feature Joe And Caspar Hit The Road alongside fellow vlogger Joe Sugg. He released his first book last year, and is set to appear in a live event series in the U.K this fall called HelloWorld.