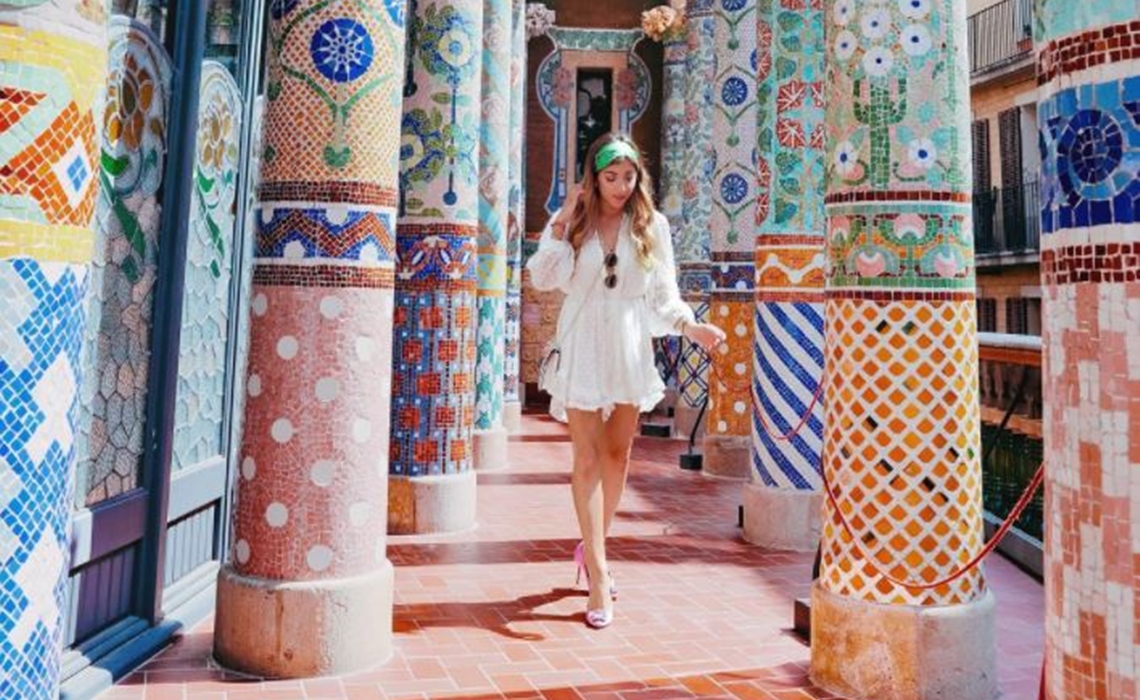 Beauty and travel vlogger Amelia Liana counts 456,000 YouTube subscribers and 475,000 Instagram followers, where she shares an envy-inducing glimpse into her ultra-glam escapades, including trips to Marrakesh, Lake Como, and the South of France.

But now, 26-year-old Liana, who lives in London, has come under fire after The Times alleged that she had photoshopped herself into various locales across the globe on her Instagram feed. One notable discrepancy included a photograph at the top of Rockefeller Center in New York — which has since been removed — where One World Trade Center is missing from the skyline. Another picture of India’s Taj Mahal (see below) without massive crowds and scaffolding — which should have been present when the photo was taken — also raised eyebrows.

An image of Liana all alone on the Brooklyn Bridge and a snapshot in which she’s reposed in bed seemingly on top of the London skyline also appear to be doctored, reports the New York Post.

In a blog post, however, Liana denied the charges, stating that “all my imagery is actually shot at the time in the location I specify” — though she concedes that she does use editing to “improve the light, tidy the background, and other enrichments, but always in a way that is representative to the true setting.” Liana added that she’s an early riser and often tries to shoot content at sunrise — especially in destinations where heavy tourist traffic is anticipated.

“I feel a great bond with you, my followers, and I would never wish to deceive you,” she wrote. “I give huge thought and importance to every shot, spending considerable time styling my outfits, matching my makeup and hair, and then deciding on a beautiful and suitable setting.”