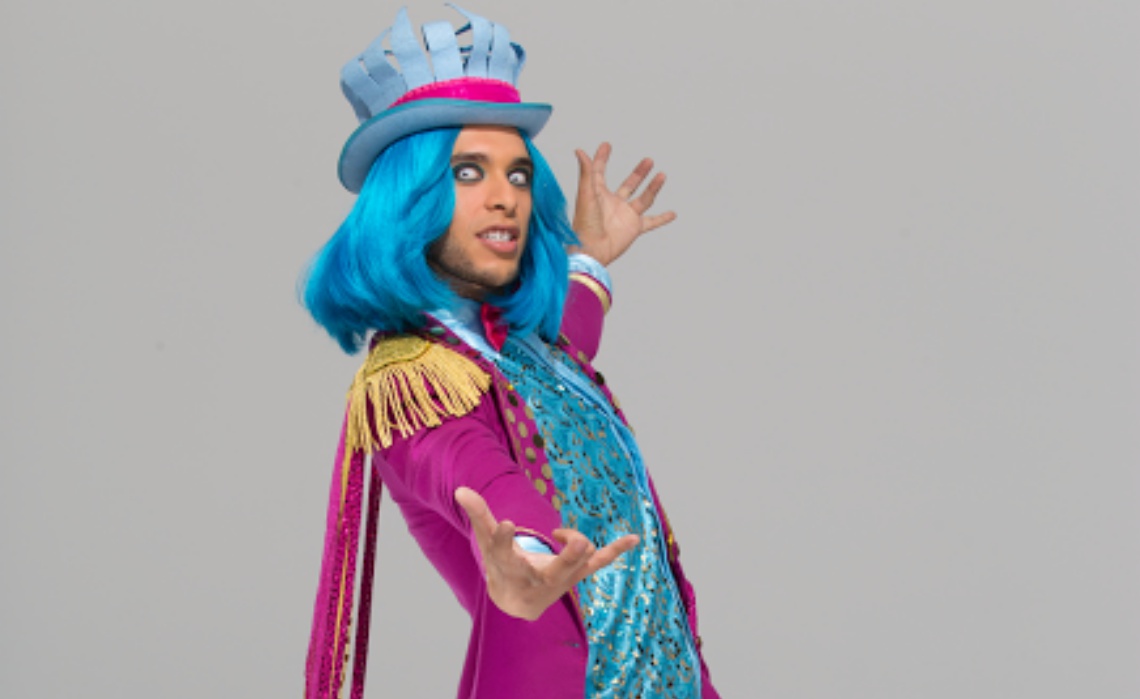 Brandon Rogers is ready to give viewers another look at a demented kids show. Rogers, a YouTube star whose HotBananaStud channel has more than three million subscribers, is ready to unleash the second season of Magic Funhouse, which will premiere on the Fullscreen streaming service on August 24.

Magic Funhouse stars Rogers — who also serves as the show’s director and writer — as Arlo, the over-the-top host of a public access children’s TV program. Arlo’s loud, colorful outfits match his language, and the activities he engages in on the set of his show are often criminal. Nonetheless, he’s back for more, as a preview clip posted to the Fullscreen YouTube channel lets us know:

The first season of Magic Funhouse, co-produced by the Turner-owned studio Super Deluxe, arrived last year and ended up becoming one of the biggest hits within Fullscreen’s original programming lineup. Rogers’ deliberately excessive performance allowed Arlo to fit in with all the other outsized characters who have shown up on Rogers YouTube channel, and both viewers and critics took a shine to the series as a result. The New York Times offered it some nice praise, calling it “outrageous.”

Will the Funhouse be able to keep up its magic in season two? We’ll begin to find out on August 24. Two episodes of the series will go live on that day, and additional installments will follow over the next five weeks to complete the season’s seven-part run. If you’re curious, you’ll need a Fullscreen subscription, which costs $5.99 per month.