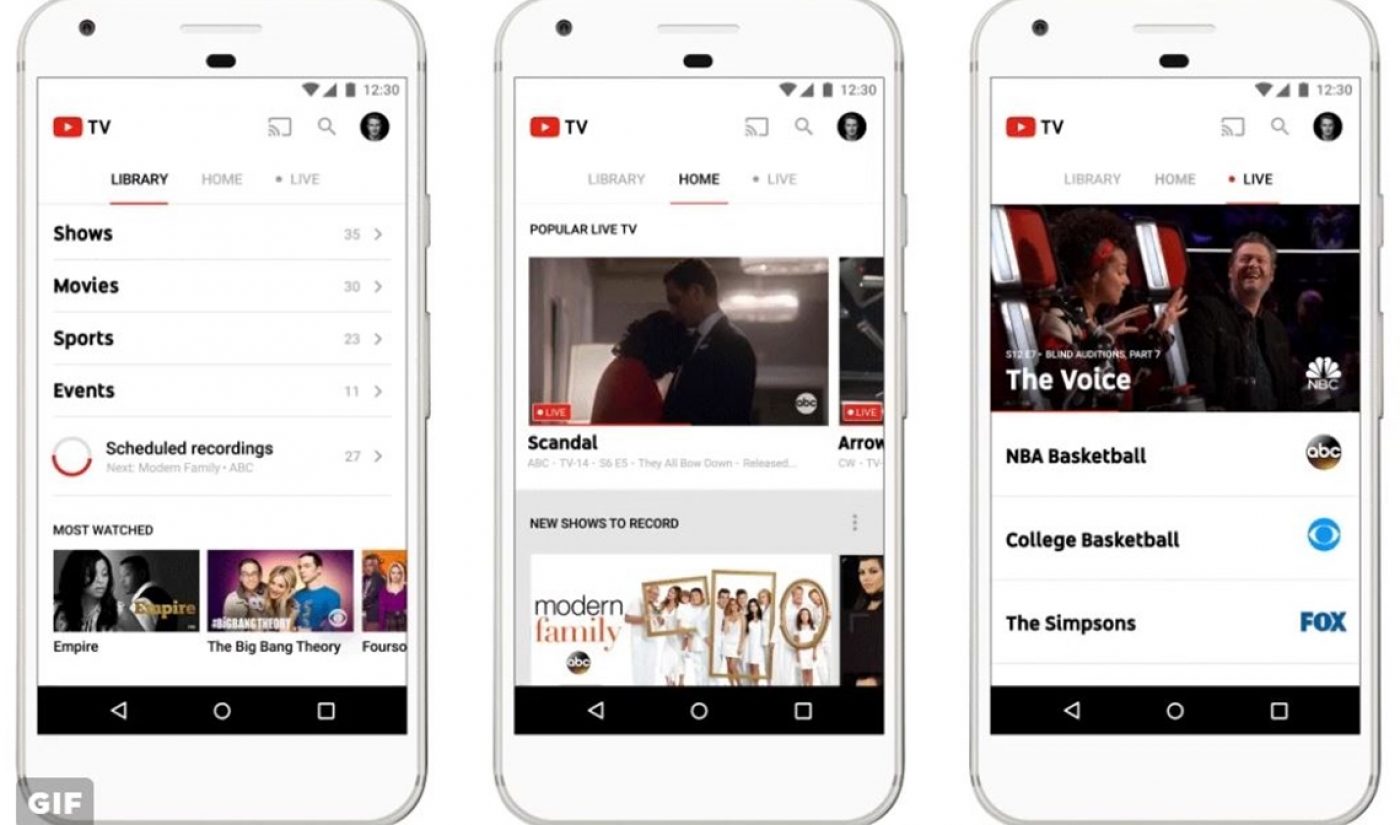 Roughly four months after the launch of YouTube TV, a so-called skinny bundle of live cable channels priced at $35 per month, the app has been downloaded a total of 2 million times.

The 2 million downloads are evenly split between iOS and Android devices, according to data from app store analytics firms Sensor Tower and App Annie, as reported by Techcrunch. Seven hundred thousand new installs were clocked after YouTube TV announced last week that it had expanded into 10 new markets — including D.C., Houston, and Atlanta — and was now available in roughly a third of the country.

While 2 million downloads doesn’t necessarily mean that the nascent live TV service counts 2 million paying subscribers — as many could be using the service on a free trial without the intention to subscribe — it still represents stunning growth for one of the youngest players in the space, especially given that YouTube TV has yet to arrive in most of the country.

By comparison, Dish’s Sling TV, the first such skinny bundle to launch back in February 2015, has more than 2 million subscribers, Techcrunch reports, while the next two companies to arrive on the scene — Sony’s Playstation Vue (March 2016) and AT&T’s DirecTV Now (November 2016) — account for 1.1 million subscribers combined. Other competitors include Hulu, which launched its live TV service in May, and Comcast, which is expected to unveil a skinny bundle dubbed Xfinity Instant TV in coming months.

One week after its launch, YouTube TV was already off to a roaring start with 150,000 downloads, and YouTube has said that more than half of YouTube TV users are millennials aged 18 to 34. Earlier this week, Nielsen announced that it would incorporate YouTube TV and Hulu viewership into how it reports linear TV ratings to marketers — a major endorsement for the buzzy live TV sector.