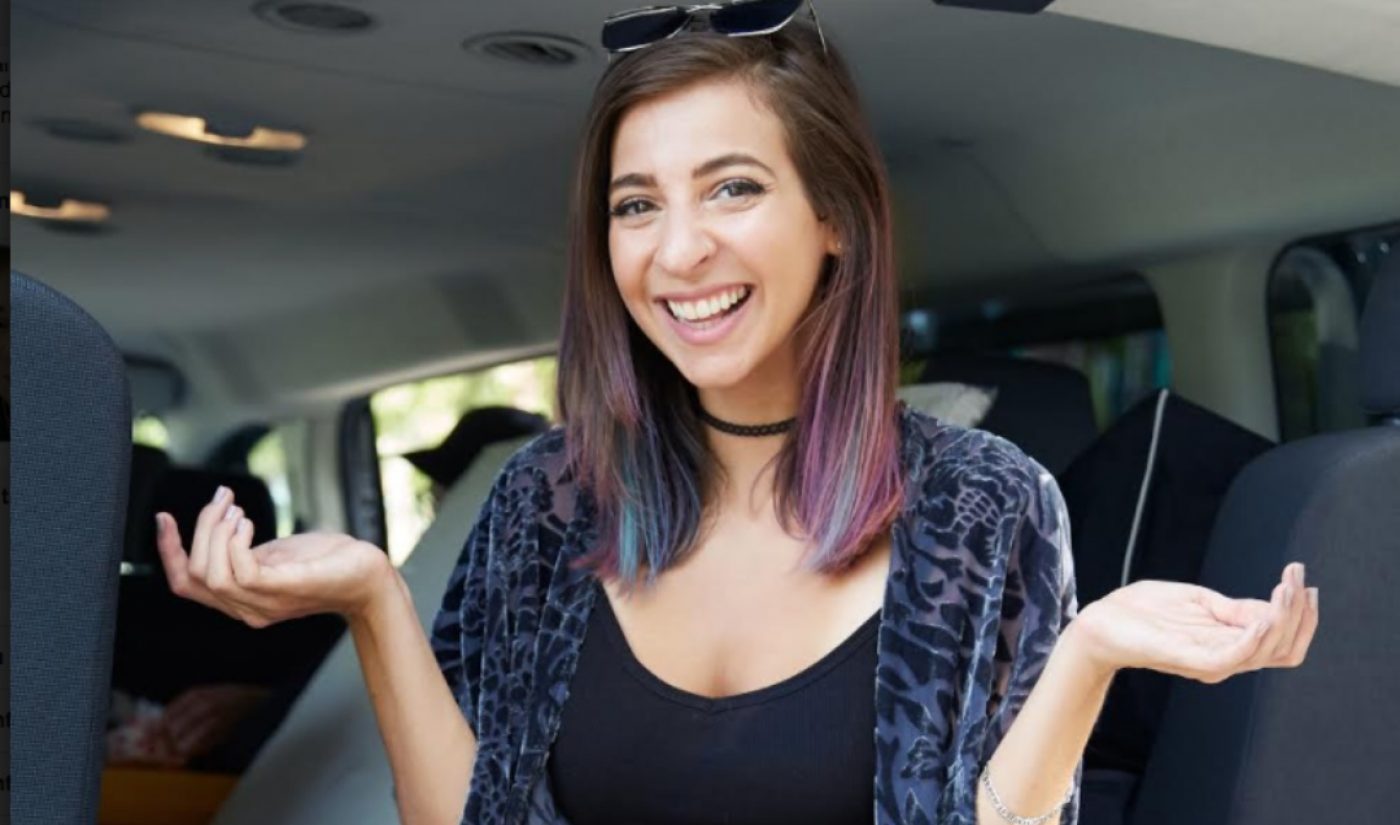 The Gabbie Show is hitting the big time. That channel’s leading lady, Gabbie Hanna, has signed with talent agency CAA for representation in all areas.

Hanna rose to digital prominence due in large part to her presence on Vine, but now that Twitter’s six-second video platform is no more, she has devoted much of her creative energy toward YouTube, where The Gabbie Show — which features vlogs, sketches, collaborations, and other assorted formats — has more than 4.5 million subscribers. Her most popular video, in which she remakes her sister’s Musical.ly clips, has received more than 20 million views to date.

Thanks to her popularity, Hanna has unlocked a number of offline projects. She served as one of the performers for Fullscreen’s Drop The Mic event series, and she recently announced her first book, titled Adultolescence, which will become available in September. She has also picked up acting roles in several projects led by YouTube stars, including Escape The Night and Laid In America.

Through her deal with CAA, Hanna will be able to land even more opportunities. A press release lists “television, motion pictures, digital content and partnerships, touring, endorsements, personal appearances, [and] publishing” as some of the areas where Hanna hopes to make her mark. Meanwhile, she will continue to be managed by Vario Studios and represented by attorney Eric Galen at Greenberg Glusker.

Hanna will join the other social media stars who the CAA has added to its roster since the start of 2017. Other creators who fit that bill include Coyote Peterson, Jack & Jack, and Juanpa Zurita.