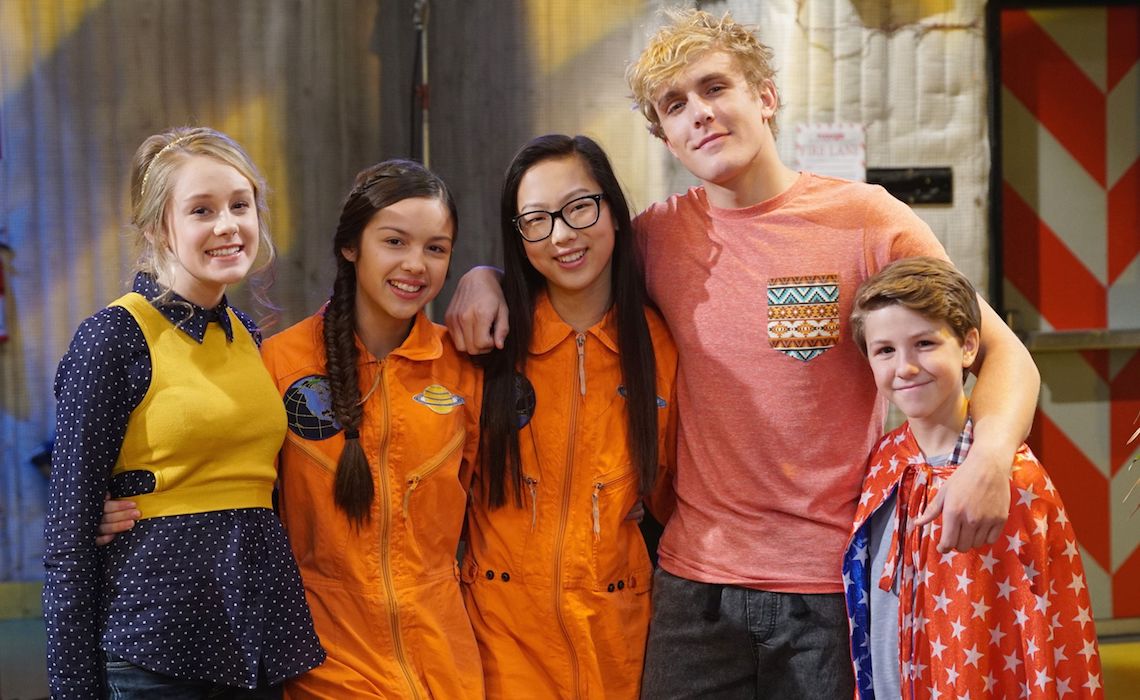 Jake Paul is still your everyday bro, but he now lacks that Disney channel flow.

The 20-year-old burgeoning social media star with over 8.8 million subscribers on YouTube, 8.7 million followers on Instagram, and 1.1 million followers on Twitter is leaving the Disney Channel series Bizaardvark midway through its ongoing second season. Paul played Dirk Mann, one of the five main characters on the program, who stars in the fictionalized in-show Dare Me Bro series. He also arguably had the greatest social following of anyone on the program, the powers that be at which made a concerted effort to bring more social media stars on screen.

The exit seems to have come rather abruptly, as Paul’s popular YouTube vlog documents him filming for Bizaardvark at Walt Disney’s Burbank Studios as late Thursday or Friday of last week.

“We’ve mutually agreed that Jake Paul will leave his role on the Disney Channel series Bizaardvark,” a statement from the studio reads. “We thank Jake for his good work on the TV series for the past 18 months and extend our best wishes to him.”

The seeming abruptness is likely due to Paul’s domestic exploits.

Just last week local Los Angeles news station KTLA made it known to the world the Ohio-native was becoming infamous in his West Hollywood neighborhood at a rate directly proportional to his exponentially escalating fame within his target demographic of tweens. The segment highlights a handful of Paul’s recent at-home stunts and the growing horde of fans that appear on his street on a daily basis in hopes of seeing one of their favorite celebrities. This is all to the dismay of Paul’s neighbors, who once lived on a quiet street before Team 10 (which is Paul’s social media company and a flock of fledgling social media stars who he shepherds to digital notoriety) moved in (and didn’t exactly keep their address a secret).

KTLA’s segment was quickly picked up in international publications. Paul then escalated the situation by surreptitiously recording conversations with his neighbors, accusing one of them of sabotaging the Team 10 van (which may or may not have been someone acting upon his brother Logan Paul’s suggestion), and staging a fake arrest. All the while, Jake Paul appeared to relish the added attention.

Jake Paul will reportedly not be back on set when Bizaardvark filming resumes this week. Here’s what he had to say to all the Jake Paulers (aka his fans) about the situation:

Love you all! Thanks for the support❤️ Can’t wait to continue to grow and conquer🙌🏼 Jake Paulers always rise💪🏼 pic.twitter.com/1dk4CC6eAS — Jake Paul (@jakepaul) July 23, 2017

And no word yet on whether or not Logan Paul will be updating at least one verse on one of his is recent diss tracks.