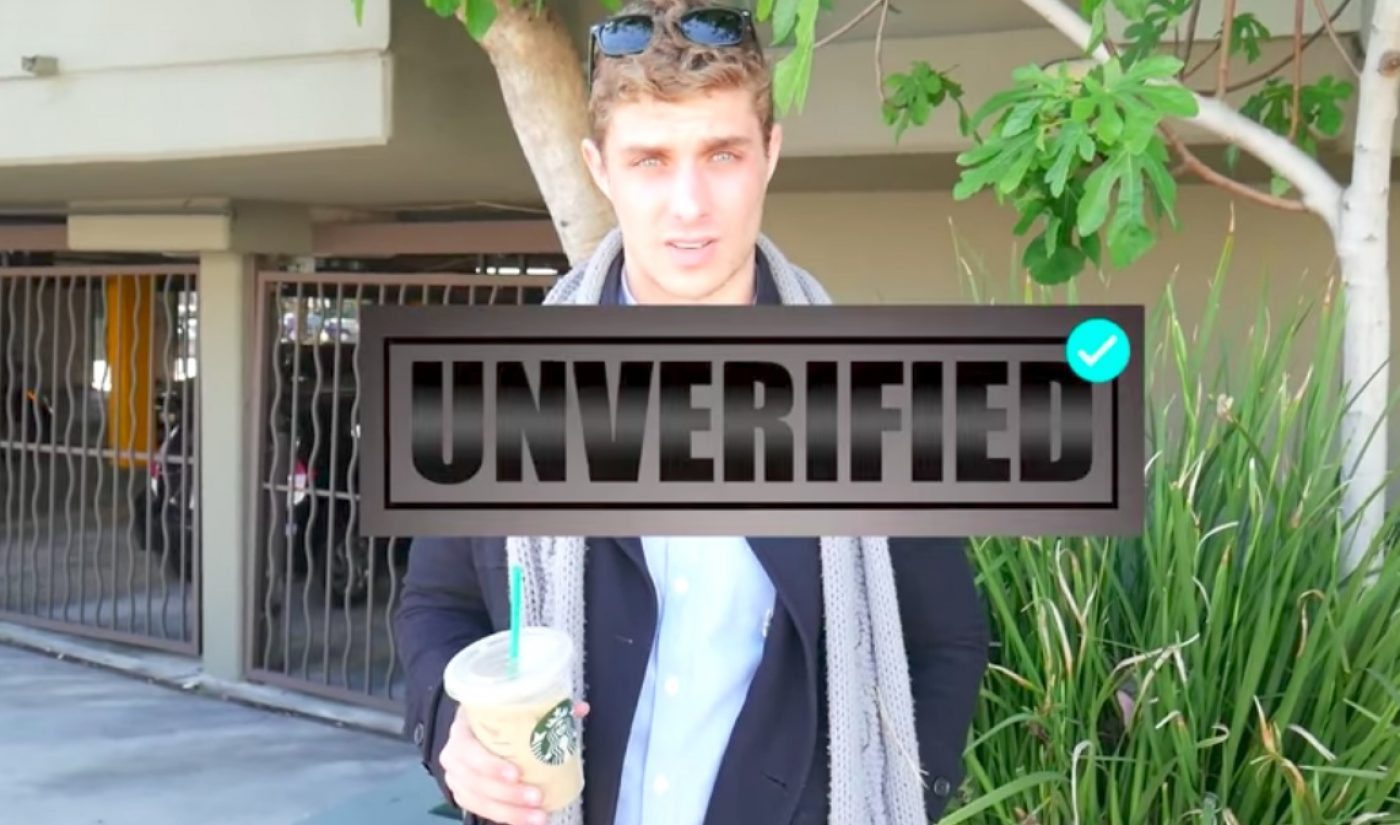 There’s more to being a successful entertainment writer than drinking Starbucks and finding your center, but if you ask the protagonist of Unverified, that’s all there is to it. Alex Cubis‘ new web series is a mockumentary about a self-absorbed creative type who heads to Los Angeles in search of the career he believes he is due.

In Unverified, Cubis stars as a young man named Andrew who documents his arrival in LA and his ensuing creative process. Rather than focusing on his writing, Andrew is more interested in being seen among his fellow coffee shop dreamers, taking inspiration from Aaron Sorkin (by carrying napkins wherever he goes, in case he needs to scribble down any ideas), and eating all the organic food he can get his hands on. In Unverified‘s first episode, we learn of Andrew’s home life (at an AirBNB) and get plenty of opportunities to laugh at his lack of self-awareness.

Unverified succeeds thanks to Cubis’ impeccable comedic timing and his ability to link up sight gags with his clever dialogue. Andrew may not be an extraordinary writer, but he can at least take solace in the fact that the man who portrays him seems to know what he’s doing. All current Unverified episodes are available on the Cube TV YouTube channel.