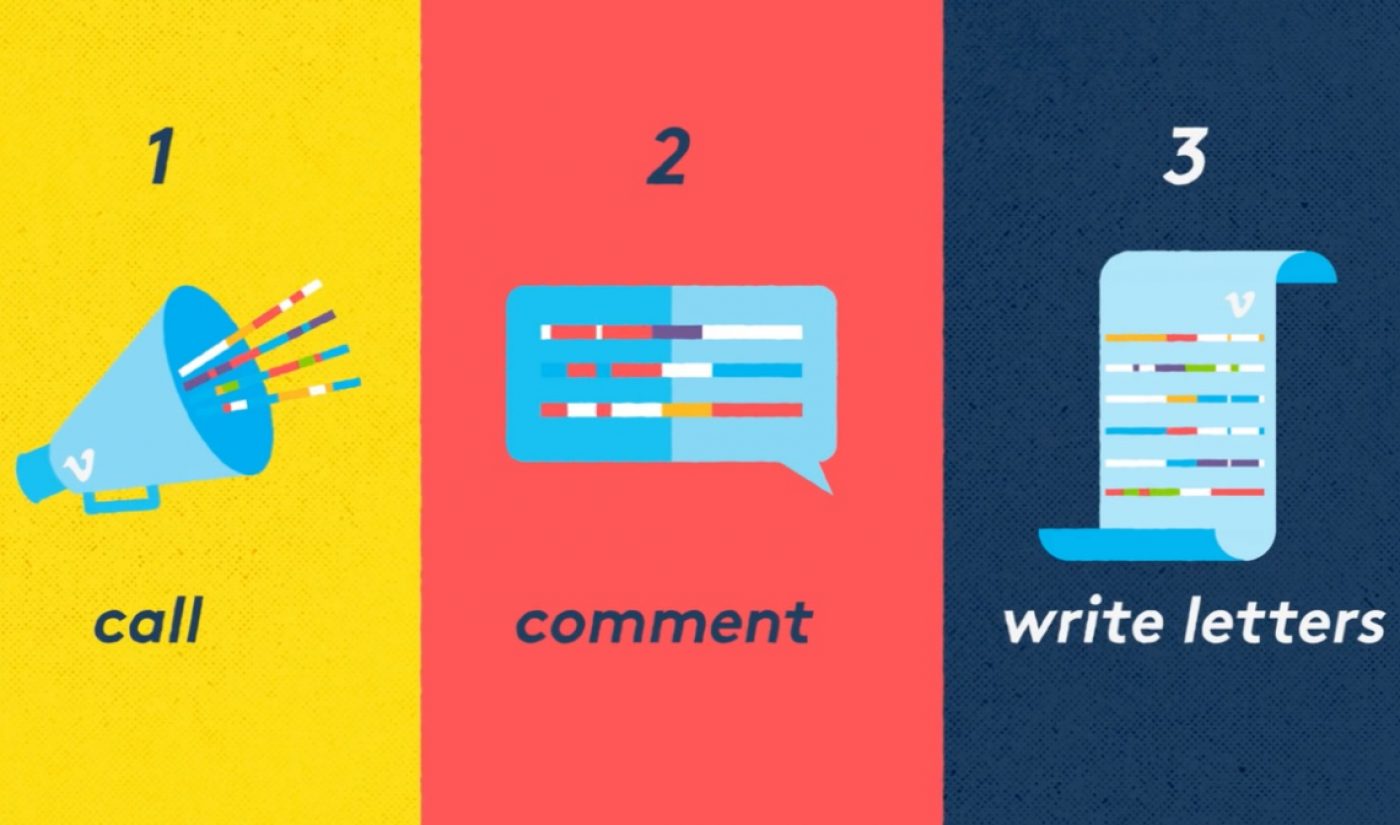 The activist group Fight For The Future has designated July 12 as the day during which the denizens of the web will Battle For The Net, and major tech companies are heeding the call. The likes of Amazon, Netflix, Vimeo, and Reddit have joined a coordinated effort to defend net neutrality rules, and some of those participants have gone all-out in support of internet freedom.

The two websites that seem most fully committed to the Battle For The Net’s mission are Vimeo and Reddit. Both of those sites have launched large-scale campaigns on July 12 to push back against the anti-net neutrality actions proposed by current FCC chairman Ajit Pai, a former counsel for Verizon. In Vimeo’s case, the countermeasures include an elegant video that pledges support for the open internet and a selection of pointed images (including the one above) meant to be shared on social media.

Vimeo is the home to so many creators and an unlimited supply of creativity,” reads a blog post published by the video site. “Vimeo creators don’t have to seek permission to make and innovate — they just do it. And they continue to flourish because they don’t have to worry about ISP interference. But if the FCC gets its way, platforms like Vimeo — and our creators — may have to pay more to ensure that their viewers can stream videos without interruption. An internet without net neutrality will start to resemble an old, rigid (vanilla) cable TV system, instead of the open network that we know and love.”

Reddit’s Battle For The Net push includes a number of site-wide actions that show how ISPs could change the browsing experience if net neutrality rules were to be rolled back. On the /r/videos forum, for example, a message blocks visitors from seeing more than a few posts. “You’ve exceeded the number of video views your plan allows you to Subscribe to,” it reads. “Please upgrade your internet package to continue watching videos.”

There is at least one clip that /r/videos is making sure to let through: John “TotalBiscuit” Bain’s recent explainer on what net neutrality is, why its defense is so important, and how consumers can contact the FCC to make their voices heard.

A roundup of other pro-net neutrality campaigns that have popped up on the web today can be found over at The Verge. If you’d like to follow through on the July 12 initiative and contact the FCC, you can find the information you need from the Battle for the Net website.