Insights: In The Digital Future, What Do Studios Look Like (If Anything At All)? 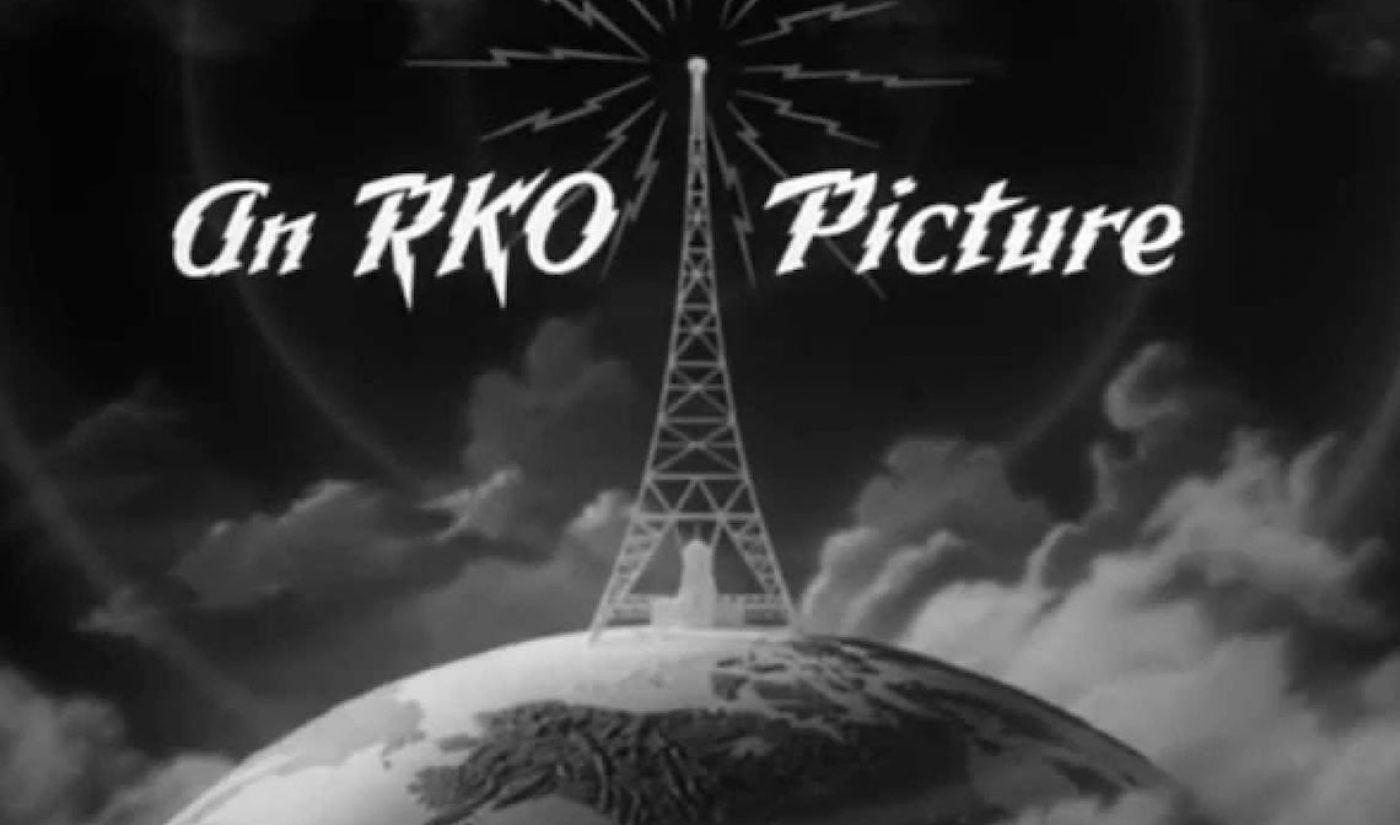 The last few weeks, I’ve been swimming through giant confabs such as E3 and VidCon, in-depth talks with top digital-entertainment execs and deep-dive data dumps such as Mary Meeker’s State of the Internet presentation. It’s left me contemplating Where It’s All Going in the entertainment business.

What will TV networks look like in a decade? Will traditional movie studios (and movie theaters) have a place? Stuff like that. Throw in a few days of decompression around the holiday weekend and I’ve been far down a particularly pensive rabbit hole.

My ponderings were further spurred this past week by a text conversation with Jason Deparis, a smart young producer whom I met last year at UTA, the big Hollywood talent agency. Deparis said he has more projects in the production pipeline than ever – including a feature, episodic TV series and even a virtual-reality project for a major museum.

And he, like other producers, is busy figuring out his next episodic series pitch. The traditional networks are making more scripted series and limited-run shows than ever, but the big demand has come from Amazon, Netflix, and now Hulu. The digital players like how episodics get customers to stick around, and come back for more. Hit episodics (and subsequent new seasons) build viewer loyalty, vital in an era of endless entertainment options.

Even more attractive: the digital giants typically give them considerable creative latitude while paying far more on the front end (though without the lottery-like back-end bonanza of syndication and overseas sales).

Traditional features and other one-offs still have a place, as production of all kinds chugs along at a very high rate (too high, as far as FX network chief John Landgraf is concerned; his next Peak TV diatribe should arrive in a month).

But even amid all this production, Deparis said it seems like lots of small and medium-sized independent production companies are closing, an apparent contradiction, but to me a sign of the industry’s tectonic shifts.

Smart indies, such as Pilgrim Studios (Full disclosure: my son works there) have been running for cover the past couple of years, merging or selling out to bigger entertainment companies. Such deals give the indies less independence, but bring better bargaining power, financial breathing room and more market access.

I suspect the die-off is also a natural outcome of a longer-term trend: network insistence on ownership of part or all of shows on their channels. There isn’t much room for indies.

You know this trend has peaked when even a big TV producer such as Sony gives a network a share of a show just to keep the program from being cancelled. For the traditional indies who were the creative backbone supplying programming to networks and studios, there’s less and less room for financial viability.

At the same time, though, we’re seeing lots of new creators popping up, in sectors that care little about traditional media, and as relentlessly documented by Tubefilter itself.

The OGs among these new creators have spent years building skills and  followings on YouTube and now other platforms, turning shockingly huge audiences into lucrative marketing and brand-extension opportunities.

That Liza Koshy, an engaging young woman of color, can build a following of 10 million YouTube subscribers in less than two years (and another 4 million subscribers on a second channel) says much about her talent and drive.

But it also provides a useful contrast to traditional media and its opportunities. How long did it take another talented woman of color named Oprah Winfrey to build a following of 10 million loyal followers on traditional media? And how many other women of color have ever built such a following there? By contrast, young women of color such as Lilly Singh, GloZell Green, and Michelle Phan have each built very different and very large audiences far from traditional media, with only modest need to be part of those older sectors.

The businesses these neo-indie producers are building increasingly involve direct relationships with consumer brands that want to partner directly with “safe” creators, rather than rely on YouTube and Facebook to ensure their ads aren’t financing terrorist videos. Newer platforms such as Musical.ly, Twitch.tv, YouNow, Live.me, Snapchat, and Brand.live are enabling new stars and new business models.

In turn, brands are disintermediating traditional media, connecting directly with creators and building their own in-house omnichannel marketing operations. Toyota, Marriott, Red Bull, Pepsi, and plenty of others have turned into media companies, assisted often by up-and-comer digital media operations such as Buzzfeed and Vice.

So where does this leave traditional players in media and entertainment (which, in fairness, are investing in those up-and-comers where they can)?

In general, the studios have pulled back moviemaking ambitions, focusing on sequels and existing brands such as best-selling Young Adult book series, beloved comic-book characters and the like.

For prestige purposes, the studios may pick up a few low-cost award contenders at the film festivals (though Amazon and Netflix also have spent heavily here the past couple of years), but otherwise the studios largely neglect big swathes of subject matter and budget levels in their greenlight choices. While this approach substantially reduces risk and makes possible the occasional breakout billion-dollar hit, how long can the studios trade on rehash and sequel as business model? Will they face a declining return on this approach at some point?

I love the Star Wars universe, for instance, enjoying just about all the movies, several of the video games and even a few episodes of spin-off TV shows over the past 40 years. But I’m not sure Disney needs to make a movie out of that world every year, as it now plans to do through the early 2020s. And the Internet blowback around Disney’s firing of the gifted writer-directors Phil Lord & Chris Miller on the Han Solo spinoff suggests I’m not the only one feeling franchise fatigue.

If that’s the case for one of the great movie franchises of all time, what are the implications for the rest of the studios’ business models, particularly as we look down the road? If the franchise business fades, what will be left?

On a related tangent, AT&T’s $85 billion acquisition of Time Warner seems likely to be approved by regulators. That’s the constructive end of one major studio as a standalone entity. It’s hard to see how the studio will get more creative and adventurous under the ownership of a phone company.

Nor do I think Time Warner will be the last media company to be swallowed by a tech company. AT&T archrival Verizon has finally closed the Yahoo deal. Presuming the Time Warner deal indeed goes through, I can’t imagine Verizon is done shopping. Expect a programming acquisition or two to bolster its revamped Go90 mobile platform.

Similarly, Apple’s stunning hiring of the Sony TV co-presidents suggests the world’s most valuable company is Getting Serious about original programming. Furthermore, Apple has the cash and increasing incentives to buy a TV shop or two for its new executives.

Walt Disney, the biggest traditional media company, is seeing ratings tank for yet another of its traditional TV bulwarks, children’s programming. The woes of crown jewel ESPN have been well documented. And the fact that brilliant but aging CEO Bob Iger can’t seem to find an adequate successor suggests problems in the Vision Thing at the Mouse House.

Would even giant Disney remain independent in a shifting future, especially given its well-documented missteps in the digital sector the past two decades?

Viacom has a plan, finally, under Bob Bakish, but already has seen the appetite for its cable-driven programming evaporate amid rapidly changing viewing preferences among core audiences (Nickelodeon’s children, MTV’s teens, Comedy Central’s Millennials, BET’s African-Americans, etc.; Don’t even get me started on Spike’s “audience”).

Paramount, Fox, and Sony all have new leadership, if not promising and well articulated new directions. MGM, my former employer, has been a shell of its long-ago greatness for a decade.

I look at all these and wonder which companies will still be independent in 10 years. Will tech giants buy them all? Will some close or be sold for parts? I think the answers are probably “Yes.”

What might be next? Chinese ambitions remain big in Hollywood, but after that country’s government scotched big deals such as the $1 billion Wanda purchase of Dick Clark Productions over currency-outflow concerns, Hollywood can’t count on that set of deep pockets to preserve some form of its autonomy.

Certainly lots of money is still floating around virtual reality and its cousin, augmented reality. All the projections suggest AR will be a huge thing within the next decade as companies devise ways to overlay the world around us with many kinds of programming, games, news, data annotations and more. But is Hollywood well positioned to drive the new storytelling modes here?

Similarly, live streaming is indeed “a thing,” as Magid CEO Mike Vorhaus said at VidCon. It’s talk radio with pictures. Some people are already doing it very well and they’re largely not the people who became big on YouTube. They’re new stars, with little to do with Hollywood.

Even podcasting is coming into its own as a way to turn stars in one medium into stars in many. Look at what podcasting stalwart Mark Maron is doing now on the much-loved Netflix hit GLOW. Where are the studios in these new opportunities?

And there’s one other possible game-changer that could remove an important reason for studios to exist: decentralized marketing and distribution networks built on blockchain technologies.

Cryptocurrencies such as Bitcoin have used the blockchain to become thriving (if incomprehensible to Main Street) business opportunities. New entertainment-tech innovators will figure out how to use blockchain tech to better manage the marketing and distribution of digital files such as movies, episodic shows and music.

The blockchain can reimpose scarcity in the digital world, undercutting the endless copying/piracy that has eroded profits for studios, networks and record labels the past two decades. The blockchain also can superpower marketing, adding capabilities that can drive engagement and monetize viral sharing that targets just the right fan base for each piece of content.

Scarcity in distribution and control over marketing are what made the networks and studios so big in the pre-digital era. But the decentralized nature of blockchain technologies also empowers smaller distributors, all the way down to savvy individual artists, to create their own distribution networks independent of the traditional players.

What Louis C.K. did in somewhat ad hoc fashion with his Emmy-winning standup special five years ago will be more reliably and cheaply available to a massive group of creators in the future. They already have an audience. Now, they won’t have to rely on others to reach a fan base they’ve already built to deliver premium new content.

Yes, studios and networks also can benefit hugely from lower distribution and transmission costs, but they will have lost yet another reason to exist.

So it comes to this then: why will traditional media companies continue to exist as independent entities over the next decade?

In the fractured, fast-moving Attention Economy of the future, can the studios provide enough distinctive vision about programming for audiences, safe havens, and audience reach for advertisers, savvy about leveraging new technologies and platforms? And loyal relationships with new generations of audiences? Will studios still matter?