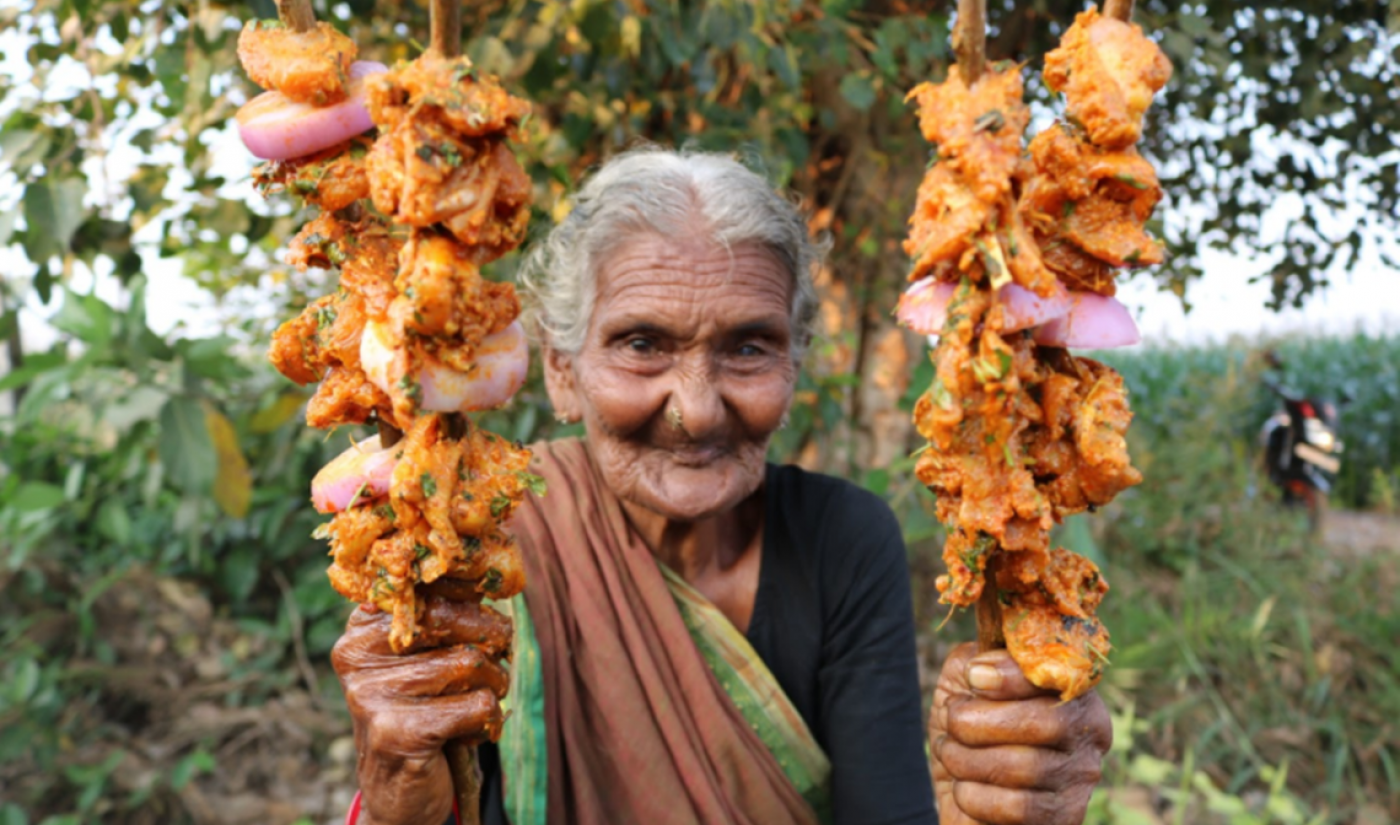 At VidCon over the weekend, YouTube announced that the oldest creator on its platform is a 106-year-old Indian cooking show host named Mastanamma, whose Country Foods channel counts roughly 450,000 subscribers.

YouTube took the opportunity to spotlight Country Foods on its official blog, where it sat down with the channel’s creators, Srinath Reddy and Laxman Karre, who left their jobs in media to launch the traditional Indian recipes channel in 2016 in partnership with Karre’s grandmother.

Reddy recounts that, initially, both he and Karre’s families were dubious of the YouTube endeavor given that they had steady jobs, but the channel began to gain steam almost right away. After four months, however, while visiting the village from which Karre hails, his mother suggested that they showcase some of his grandmother’s recipes. Subsequently, viewership and subscribers exploded. One of Mastanamma’s first videos, titled Watermelon Chicken by My Granny (below), subsequently went viral and today counts almost 9 million views.

“Having a YouTube channel has given [Mastanamma] new experiences that none of us ever thought were possible,” Reddy said. “She doesn’t completely realize what she has created, but it’s something that is connecting people all around the world. We now visit her once a month and shoot new videos for two or three days of the newest recipes she wants to share on YouTube.”

The duo’s next venture, they say, is an animation channel for kids and families. Check out their interview on YouTube’s blog right here.