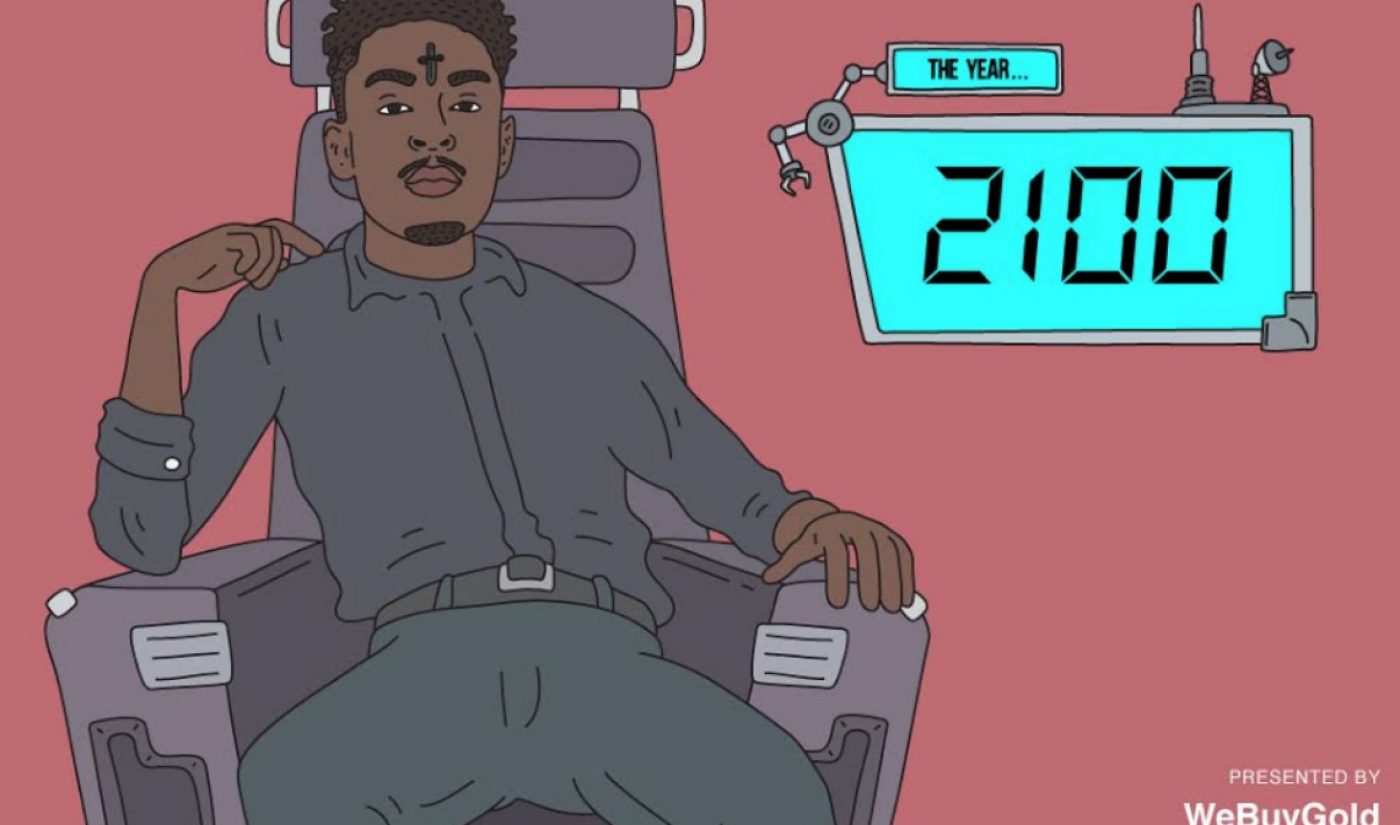 Back in March, rapper 21 Savage showed up on TV and inspired a Twitter meme. Fewer than four months after that fateful day, a web series based on it has arrived on Instagram. 21 Savage lends his voice to The Year 2100, which is distributed by the fledgling video platform WeBuyGold.

The Year 2100 is set during its titular era, with 21 Savage ruling over the people after winning the “Rap Wars” thanks to his music. In search of new beats, he and his robotic sidekick take a trip to his hometown of Atlanta. The first episode of the series, animated by Somehoodlum, is now available, with another one set to arrive next week.

NOW PLAYING 🎥 Ep. 1 of The Year 2100 ft. @21savage. Follow as Emperor 21 Savage tries to maintain control over the Slaughter Gang. #staytooned to @webuygold for Ep. 2 of #theyear2100 coming next week.

21 Savage’s super-villainous identity stems from 21 Savage’s appearance on the ESPN program Highly Questionable. During an interview with the show’s hosts, he sported an unkempt haircut and a sinister-looking countenance, which led to a flurry of tweets characterizing him as a cartoonish antagonist. The most popular of those jokes has received more than 113,000 retweets to date.

why this pic look like 21 Savage is a supervillain interrupting a broadcast to reveal his evil plan to the world pic.twitter.com/tWhor8F2y3

“I’m excited to bring this cartoon villain to life and for my fans to see a new side of me,” said 21 Savage in a press release. “The Year 2100 intrigued me as it was the perfect opportunity to combine my music with a new medium and share it with my fans.”

21 Savage’s status as a hip-hop artist and a social media standout makes him a kindred spirit with WeBuyGold’s Creative Director, DJ Khaled. Khaled, who is one of the most popular celebrities on platforms like Snapchat and Instagram, previously launched a WeBuyGold show of his own, titled The Bless Up.

WeBuyGold, launched out of media brand Naritiv, plans to launch more animated series led by star musicians. More information about the platform can be found on its website.