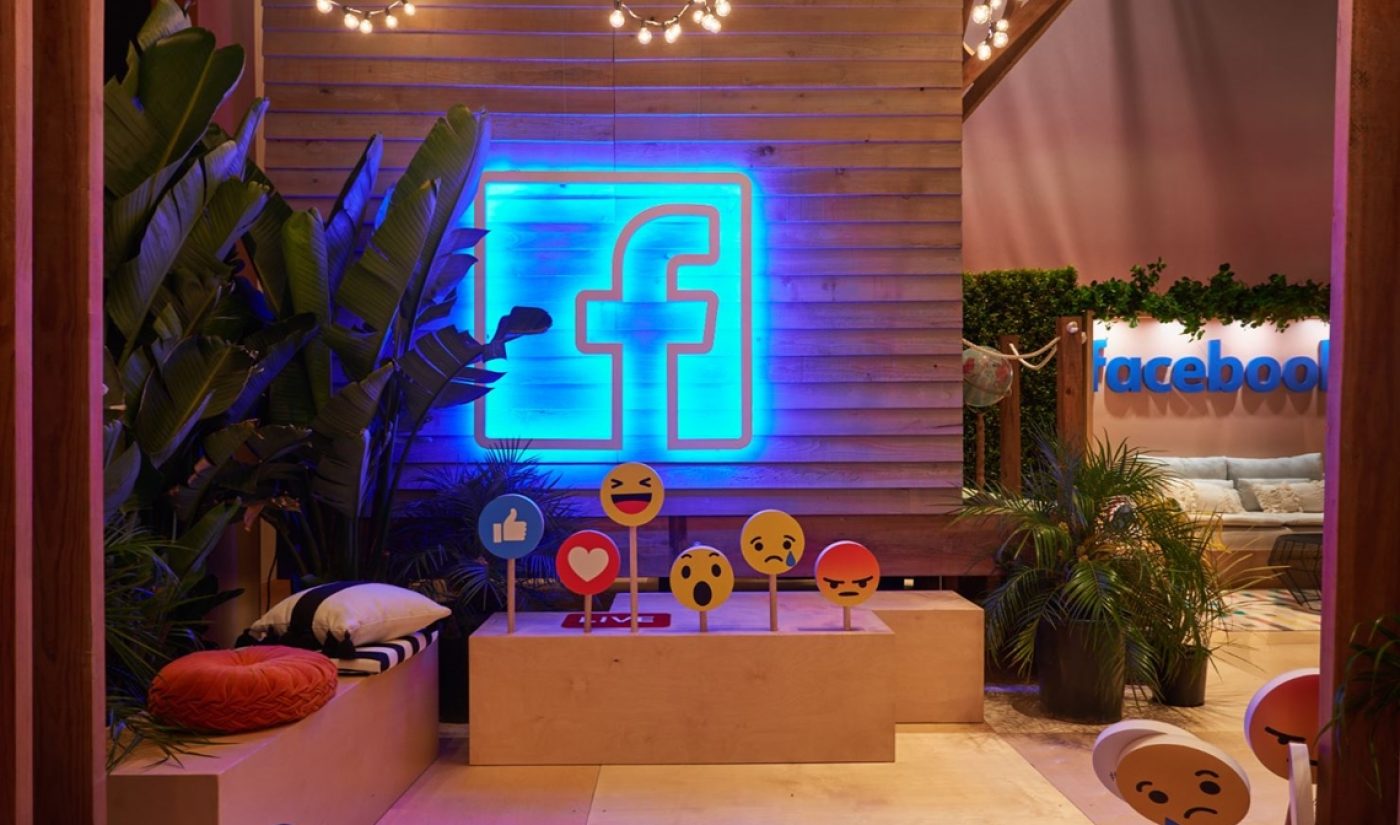 Facebook has had a sizable presence at VidCon for four years running, but this year, the social network is seeking to engage creators and industry leaders like never before.

At its oasis-inspired lounge this week at the Hyatt Regency hotel, Facebook’s products and partnerships teams will host one-on-one meetings with video creators to share tools and tips to help them optimize both live streams and VOD clips — among other things. A separate nook within the space — dubbed the ‘tree house’ — even features a set and props where creators can fire up a live stream on the spot. Facebook will presumably be discussing monetization opportunities with creators, after beginning to pilot mid-roll ad breaks on both live and VOD clips earlier this year. The company will also be sharing audience optimization tips — including how to assess analytics. And the product team will help creators master the platform’s quirky creative tools, such as masks — or augmented reality selfie lenses that can be incorporated into photos, videos, and live broadcasts. And while the Facebook video ecosystem is multi-faceted, including several forthcoming premium original series, as well as creators who have migrated over from competing platforms, Facebook is touting several native influencers at VidCon this year. Perhaps most notably is the character actress and comedian Laura Clery, who counts 3 million followers and frequently goes live on Facebook while in character. Another massive Facebook star is Nuseir Yassin, whose Nas Daily travel vlog channel counts 1.5 million followers

Facebook’s executives will also be out in full force on the panel circuit this week. For instance, Fidji Simo, VP of product, will share new platform updates at a fireside chat on Friday — the same day that head of talent partnerships Bree Nguyen and product director Daniel Danker will discuss the future of video on Facebook.