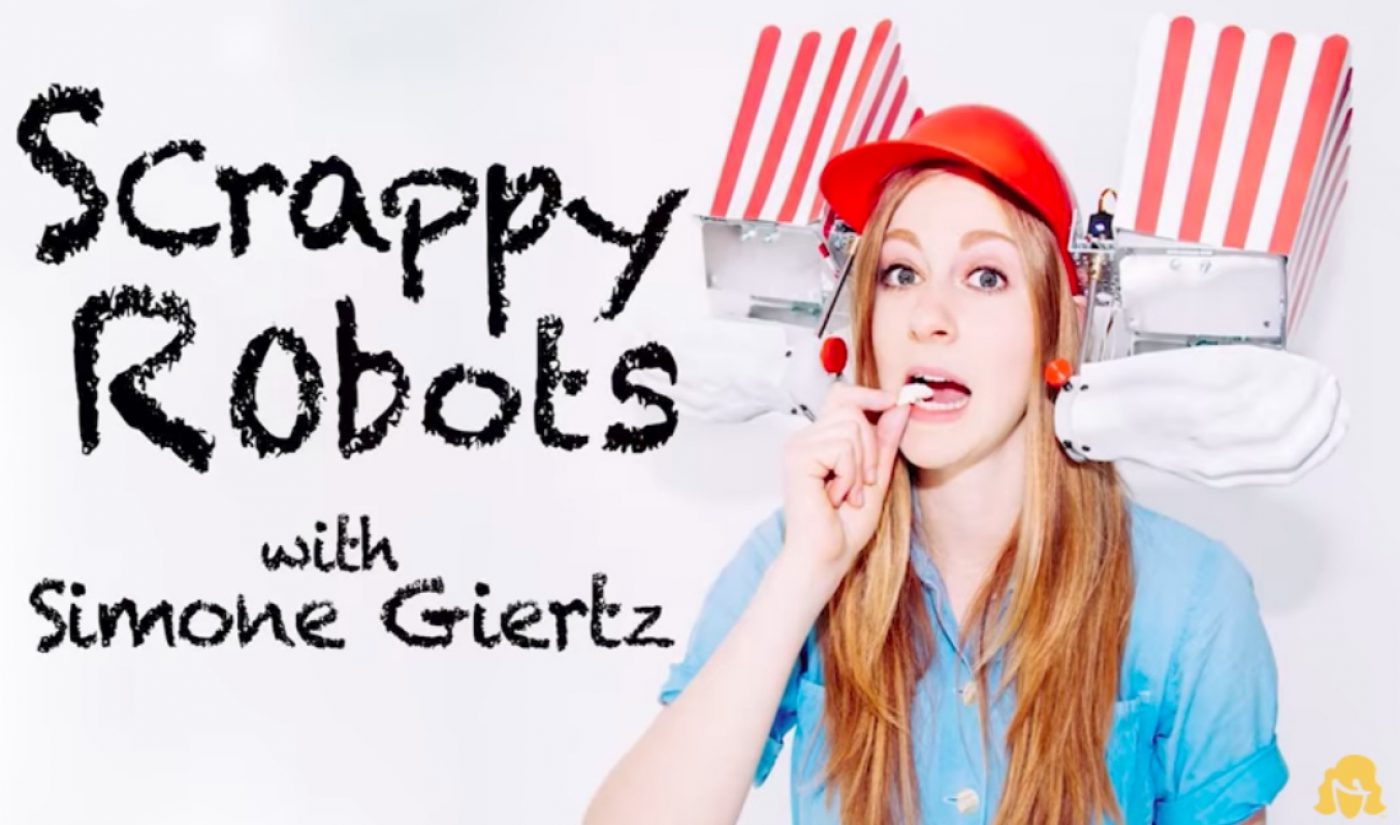 GoldieBlox, a toy and entertainment company that encourages young women to get excited about STEM, has recently devoted some of its resources to original programming on platforms like YouTube. As the latest step in that initiative, it has launched a pair of web series: Hack Along with Goldie Blox and Scrappy Robots with Simone Giertz.

Hack Along lends the GoldieBlox name to its host, a girl who loves power tools and lifehacks. The series looks to take a video category that is popular among female viewers — DIY — and reframe it as a form of engineering that a lot of viewers can get excited about.

“When I created Goldie, I wanted her to be relatable and real to young girls to remove the intimidation factor that is often associated with STEM,” said Debbie Sterling, Founder and CEO of GoldieBlox, in a press release. “Creating a strong role model for girls in STEM was important and something that didn’t exist in children’s entertainment. With the launch of this series, I’m excited to see Goldie come to life on screen and inspire the next generation of makers and engineers.”

Scrappy Robots takes its name from the signature creations of Giertz, a YouTube star with more than 30 million views to her credit. While those gadgets go by another name on Giertz’s channel, here they have been accessible for young tinkerers. The first episode shows off a machine that feeds popcorn to its wearer; Giertz previously built that contraption last year in a video posted to Adam Savage’s Tested channel.

Giertz previously starred in Toy Hackers, a GoldieBlox series that, according to the company, has pulled in more than four million views to date. Bolstered by the success of that show, the GoldieBlox YouTube channel currently has close to 40,000 subscribers.