Through Giggles The Clown, Crypt TV Turns One Of Its Characters Into An Online Video Star 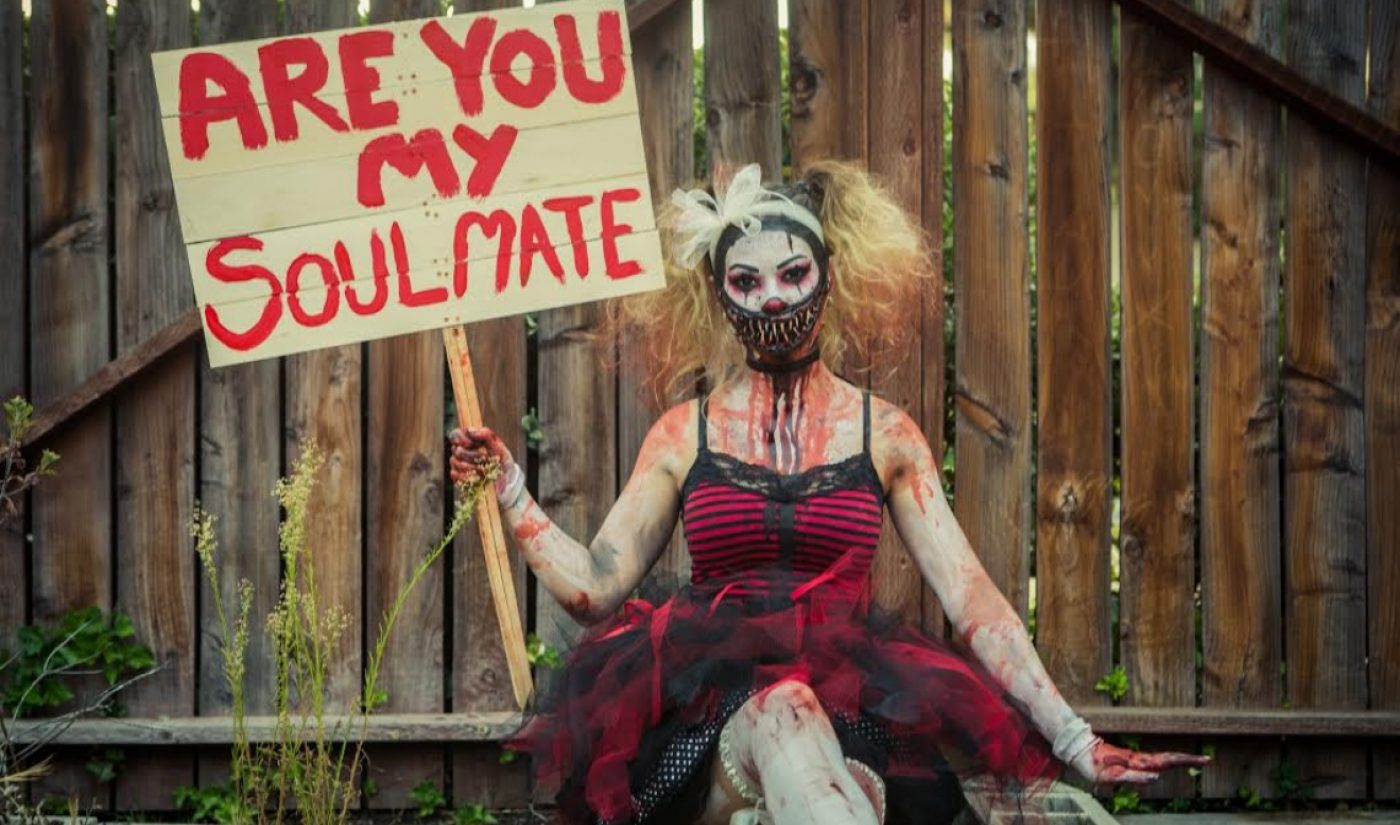 Some online video stars attract viewers with makeup tutorials. Others finds fans in the world of video games. For Giggles The Clown, however, the secret to success involves a gothic getup and copious amounts of (presumably fake) blood. Giggles is the creation of the horror video producer Crypt TV, and less than a month after she launched her own Facebook page, she now counts more than 100,000 fans, many of whom are engaging with her the same way they would engage with a more typical influencer.

Giggles is not the alter ego of an individual personalities but rather a character launched by Crypt TV, which, in the months after raising a $3.5 million funding round, has focused on putting together a linked universe of creepy creations. Giggles, who arrived around the time of a series of viral clown sightings last year, is one of Crypt’s most notable icons, and the videos she has starred in on her new fan page have routinely attracted five- or six-digit view counts.

As Crypt TV CEO Jack Davis told Tubefilter, Giggles has resonated with her because she displays an “aspirational form of attractiveness.” Her fans — many of whom are girls between the ages of 13 and 17 — want to copy her makeup and dress sense, as is the case with any digital-native fashion or beauty star. Much of the content Crypt posts to the Giggles Facebook page looks to inspire those fans by encouraging them to accept and celebrate the fact that they are different from many of their peers.

The fact that Giggles isn’t necessarily a real person isn’t a problem — in fact, Davis sees it as an advantage. Just as the main characters of The Simpsons have stayed popular for nearly three decades without growing old, Crypt’s creations can express themselves consistently. “Giggles The Clown is never going to change her mind,” he said. “Any individual human being can change their mind, but Lisa Simpson never ages. That’s the power of a character.”

Just as The Simpsons began as a TV show before spreading onto other platforms, Davis believes “there are going to be characters born on mobile media.” Giggles could eventually make her way to other platforms, but her current home is on the internet. “Right now, our real focus is just going wild with her and building the first social media-original character,” Davis said.