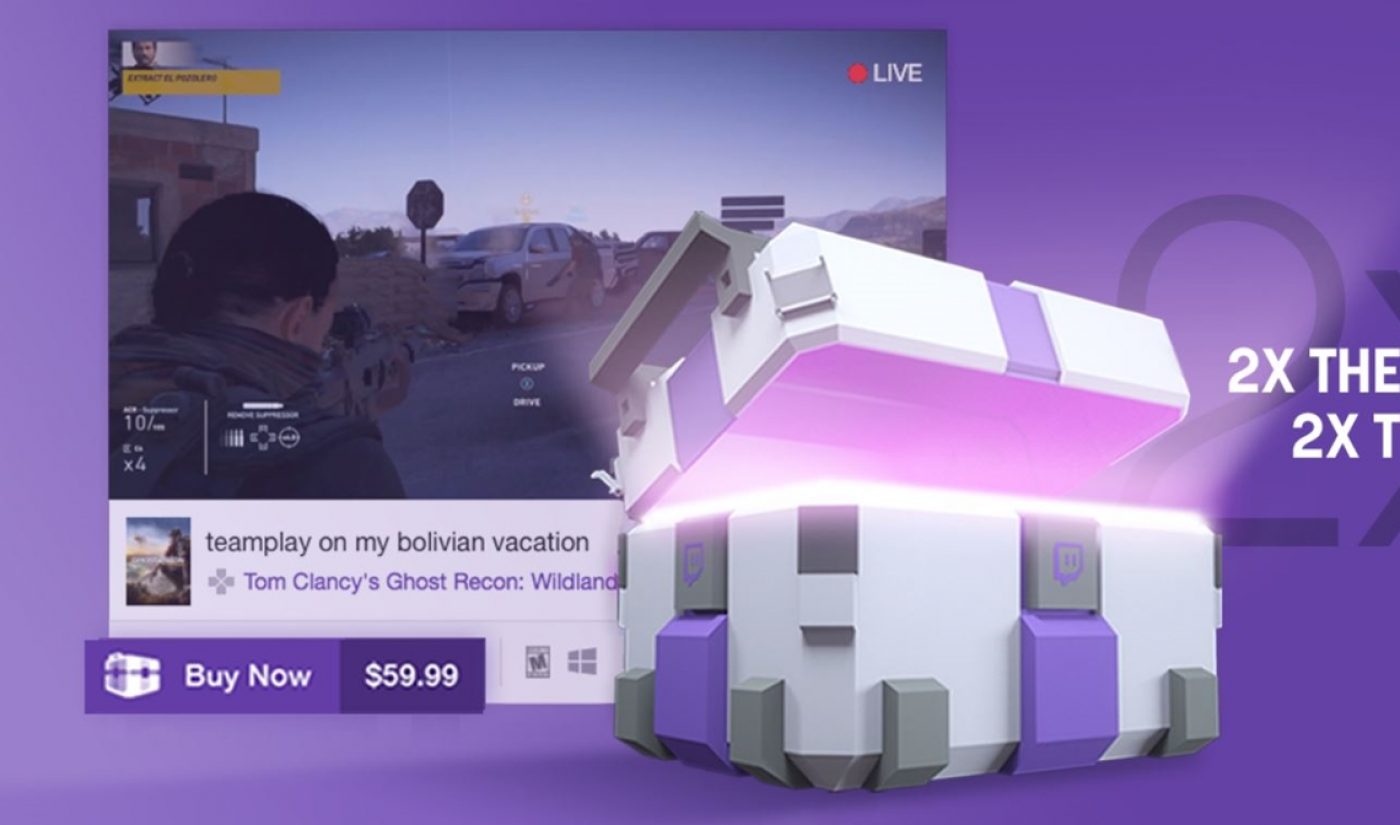 Twitch broadened monetization opportunities last month through the launch of an Affiliate Program that enabled tens of thousands of additional channels to clock earnings on the platform via Cheering with Bits — a form of tipping. (Previously, only 17,000 Partnered channels were able to make money on Twitch).

Now, the Amazon-owned streaming platform is adding another way that Affiliates can make money beyond Cheering via the sale of games and in-game items. A purchase button will now appear on Affiliates’ channels whenever they are playing a game that is also for sale by Twitch. Whenever a viewer purchases games or in-game items using this button, Affiliates will reap a 5% revenue share, Twitch announced today in a blog post.

“We’re constantly adding new games to our catalogue, and working to bring our community exciting things like the Twitch exclusive Warframe Prominence bundle, or Bob Ross skins for Smite,” the company said. And in order to herald the occasion, Twitch is doubling down on the rewards that viewers receive when they make purchases on the platform. For the next week, Twitch will give shoppers two Twitch Crates — or surprise rewards packages comprising emotes, badges, or Bits — for any purchase totaling $4.99 or more.

“This is the greatest thing Twitch has done since the Partner Program itself first started,” said streamer Zhylaw of the Affiliate initiative, which accepts applicants based on time spent streaming, overall viewership, and total followers. “It’s not even about potential ‘money’, but the official community and company recognition of being more than a viewer but a ‘content creator’ and a member of ‘the family’ as it were.”

Twitch still doesn’t enable Affiliates to make money from channel Subscriptions — whereby viewers can support their favorite streamers in monthly increments of $4.99, $9.99, and $24.99 — though it says that feature is in the works.