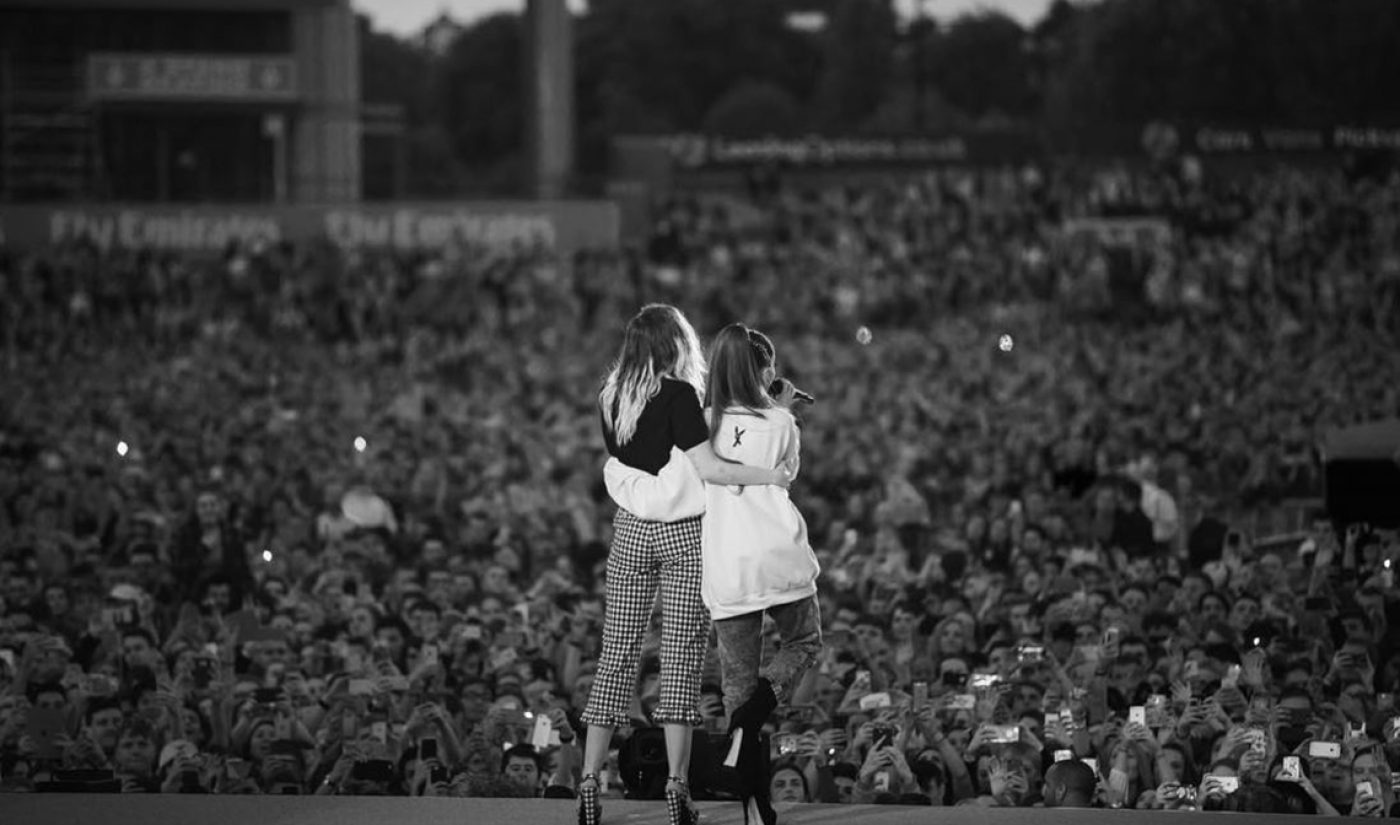 Ariana Grande’s One Love Manchester benefit concert drummed up massive viewership on YouTube, Facebook, and Twitter over the weekend. The event, which served to commemorate and raise money for the families of the 22 victims who were tragically killed in a terrorist attack at Grande’s Manchester tour stop last month, clocked 79 million total views on Facebook, the company said.

In addition to more than 2.6 million reactions, 775,000 shares, and 380,000 comments, Facebook Live said that its stream — unlike those of YouTube and Twitter — enabled fans to use its Donate button to give directly to the One Love Manchester Fund. Using this tool, Facebook helped raise $450,600 from 22,700 donors — and counting — for the cause. All told, organizers of the event said they raised $2.9 million for the fund during the live broadcast.

“All the donations will be directed to the One Love Manchester Fund and will benefit charities that help victims of terror worldwide,” wrote Facebook COO Sheryl Sandberg in a post expressing her sympathy for the victims and gratitude for the Facebook community’s support in the wake of the harrowing incident. “While the concert came out of a tragedy, it’s a beautiful example of how people can come together during the darkest times and prove love wins over hate — always.”

YouTube’s stream of the three-hour-long event on Grande’s Vevo channel, meanwhile, totaled 11 million views — though videos from individual performances posted to the BBC Music channel have also racked up millions of views apiece. The most popular is Grande’s duet with Miley Cyrus of Don’t Dream It’s Over, which has 7 million views.

The benefit concert, which took place on Sunday and also featured performances from Katy Perry and Justin Bieber, was the most-watched program on British television this year, drawing 14.5 million viewers at its peak. It also registered a massive 1 million livestreams on the BBC iPlayer, according to Variety.