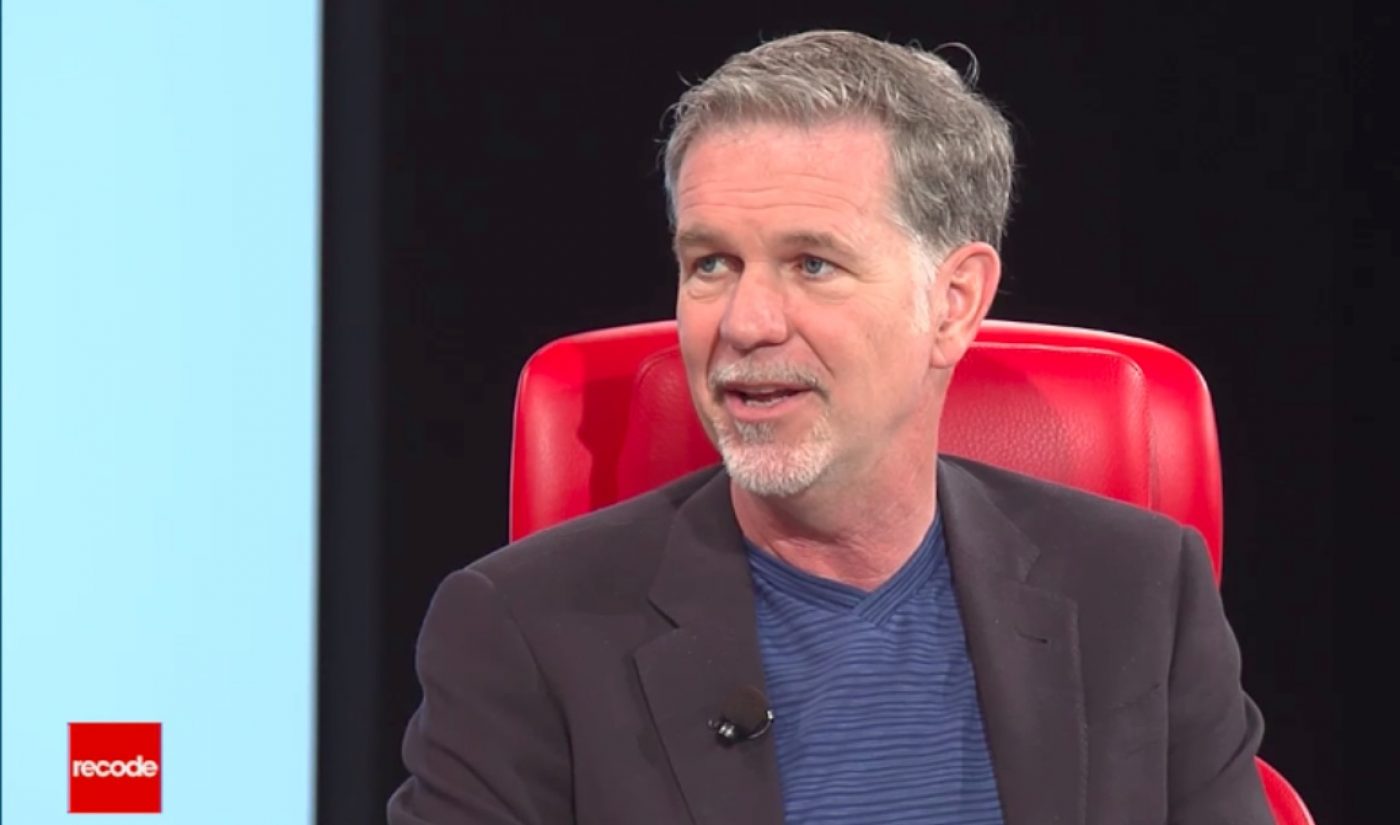 In recent days, Netflix gave the ax to a pair of its high-profile original series, The Get Down and Sense8. The former, a chronicle of the early days of hip-hop dancing, lasted just one season, while the latter, a sci-fi drama, held on for only two seasons.

Both The Get Down and Sense8 had big name creators attached to them (Baz Luhrmann and The Wachowskis, respecitvely), and both boasted significant budgets. The Get Down, believed to be Netflix’s costliest show, came in at a rumored $120 million, while the second season of Sense8 reportedly featured a $9 million budget per episode, which would come out to a total of $99 million.

Given how much money Netflix spent producing these shows, and how short-lived their respective runs were, it is fair to wonder if the subscription video on demand platform’s once-unstoppable momentum is slowing in the original content department. With increased competition coming from the likes of Amazon and Hulu, is it becoming harder for Netflix to assemble a lineup of originals that stands out from the pack? Should consumers be worried about the status of Netflix’s revolutionary push into the programming world?

These questions were very much in play when Netflix CEO Reed Hastings sat down for an interview at Recode’s Code Conference on May 30th. When asked about the recent cancellation of The Get Down, Hastings provided an interesting answer that got a lot of play in the media. “You should have more things that don’t work out, you have to get more aggressive,” he said. “The drive toward conformity as you grow is more substantial. As a leader, you want to drive people to take more risks.”

On its surface, Hastings’ comment is a reasonable one. Netflix has succeeded many times over by taking singificant risks. Most notably, it moved its entire model from snail-mail DVD rentals to digital streaming, changing the face of the entertainment in the process.

For me, though, Hastings’ comments leave something to be desired. The model he discusses, in which innovative producers take a lot of risky bets in order to search for a few sleeper hits that become critical and commercial successes, is used to great effect by entertainment notables like Jason Blum. That strategy works best, however, when budgets are kept under control. Blum’s biggest win to date, Get Out, was made for just $4.5 million. Its resulting box office revenue has brought in enough money to make 50 more movies of that size. As the price per show goes up, producers need to start having a much higher ratio of hits to misses, and Netflix seems to be piling up an alarming number of misses among its highest-budget series.

Get Out is the sort of project that, had it failed, could have been chalked up as a side effect of innovation. The same could be said for Netflix’s Stranger Things or 13 Reasons Why, both of which came out of nowhere to become pop culture touchstones. Something like The Get Down is not that kind of show. Given the amount of research Netflix does when planning its originals, it is disingenuous to term a prestige series with a nine-figure budget as a mere experiment that runs a high risk of failure.

Right now, Netflix is still strong both in terms of subscriber gain and the amount of debt it is able to raise to fund new shows, so Hastings has room to write off the failures of The Get Down and Sense8 as part of his plan to stay innovative. At the same time, those shows are signs of an SVOD industry that is becoming more bloated. Budgets are going up, but in many cases, the quality of the resulting shows is not following the same upward trend. How long can Netflix keep handing out nine-figure chests to underwhelming programs before the cracks get too big to patch up with typical Silicon Valley rhetoric? Only Hastings and his inner circle know that, at least for now.