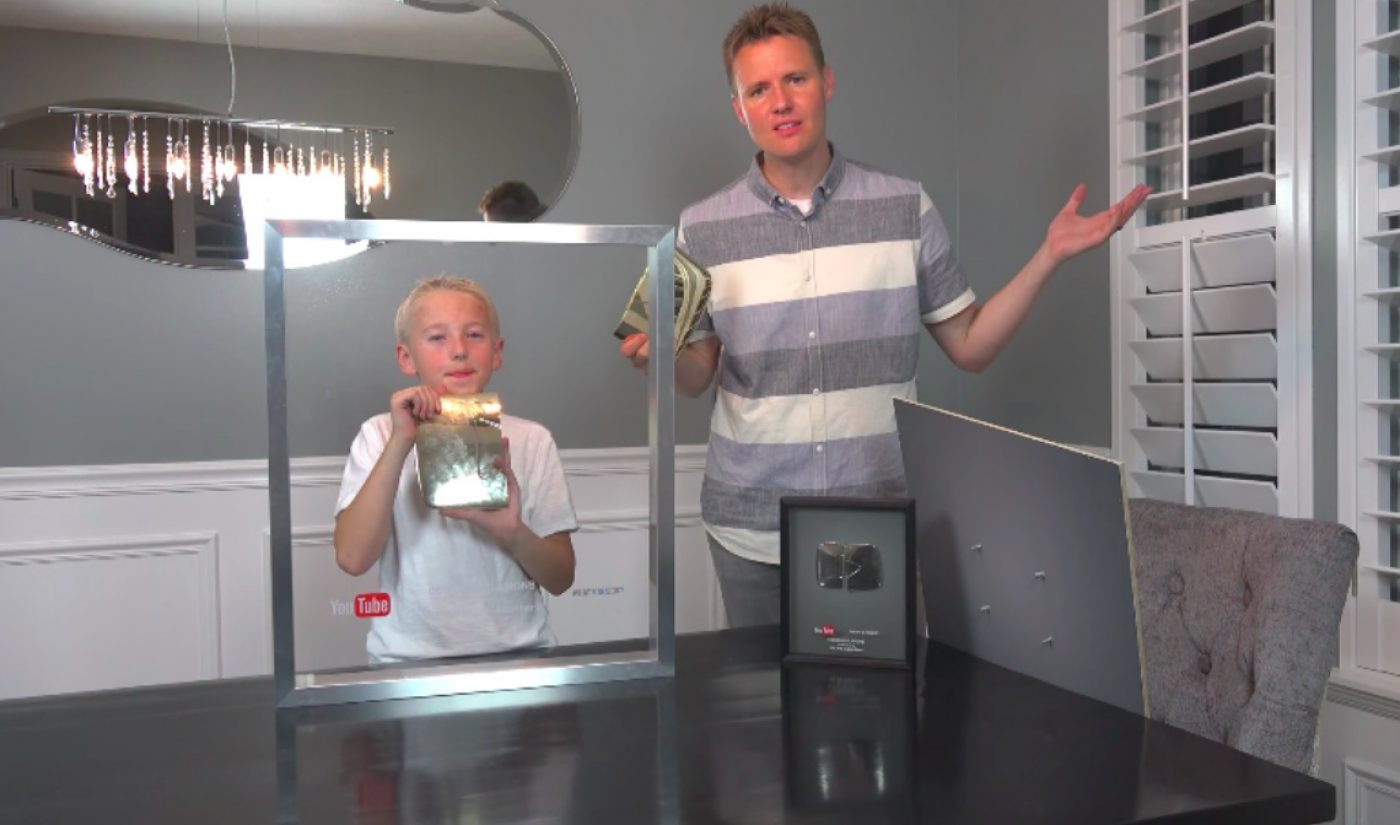 The father-and-son duo behind a popular YouTube channel have become heralded figures in their Utah hometown. On May 31st, Dan and Lincoln Markham of What’s Inside received keys to the city of Kaysville, Utah.

Dan and Lincoln accepted the honor bestowed upon them during an assembly at 11-year-old Lincoln’s school. As part of the celebration, Kaysville will designate the last day of May as “What’s Inside Day.”

Since starting the What’s Inside channel as a place to house one of Lincoln’s second grade science projects, Dan and his son have spent the last three years dissecting a plethora of natural and household objects to see what they’re made of. The list of items the Markhams have split open includes a rattlesnake rattle, one of YouTube’s gold play buttons (which What’s Inside received after reaching one million subscribers), and, of course, a fidget spinner.

Before receiving the award, the fatherly half of What’s Inside made sure to notify his son that Kaysville’s gesture is ceremonial, not physical. “It’s amazing the internet can take something as simple as a 2nd grade science project and turn it into 4.6 million subscribers and an 11 year-old getting “Keys to the City” and an official day,” Dan Markham told Tubefilter. “This What’s Inside journey just keeps getting more awesome each day. The first question Lincoln had was whether he could use the keys to get into the local gym to play basketball whenever he wanted. We had to explain it is more symbolic than an actual key.”

Kaysville, a town of about 30,000 people, is located a half-hour outside of Salt Lake City. The Markhams are hardly the only YouTube creators to hail from that region; instead, Utah has emerged as a hotbed of online video talent. Beyond What’s Inside, other channels with roots in the Beehive State include Devin SuperTramp, The Piano Guys, and ScottDW