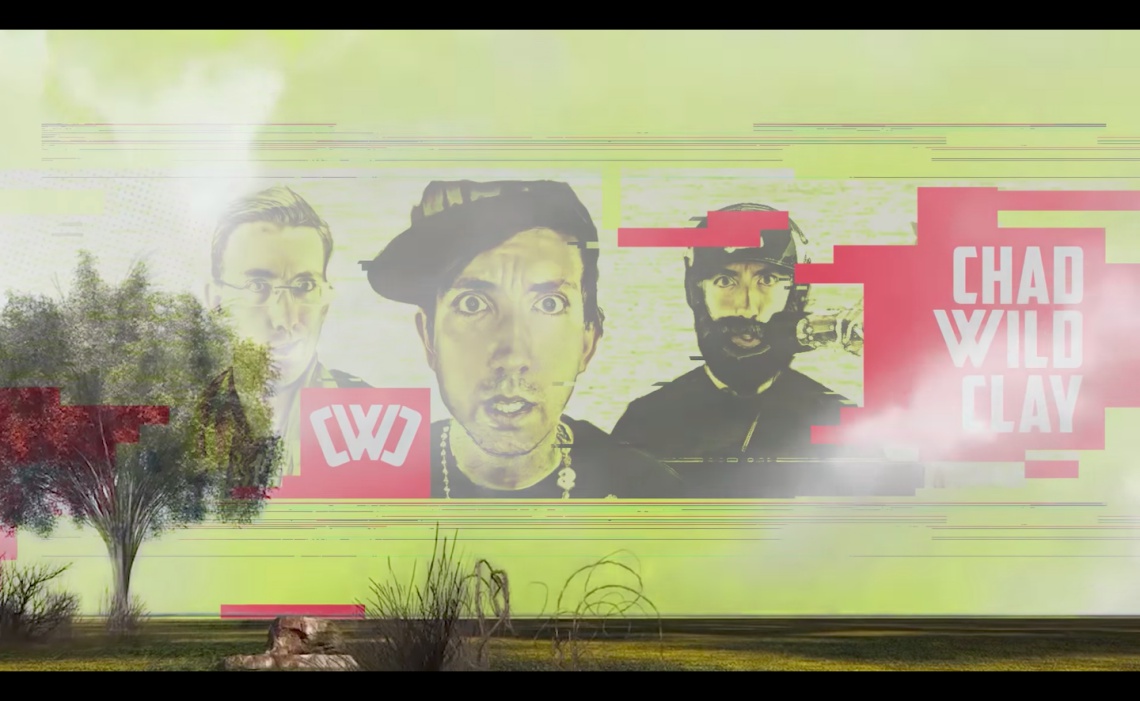 Some YouTubers reach notable milestones by focusing on one type of video and excelling at it. For Chad Wild Clay, however, that’s not the case. The versatile creator, who is partnered with BroadbandTV, has entertained his audience in multiple fashions. Whether he’s roasting his fellow YouTubers, ranting on the video site’s flaws, parodying popular songs, or slicing up fruit with various pop culture weapons, Clay maintains an upbeat attitude and keeps his subscribers excited. Now that he has achieved YouTube’s most notable benchmark, we talked to him about his long journey to a seven-digit subscriber count.

Tubefilter: How does it feel to have one million subscribers on YouTube?

Chad Wild Clay: There is a sense of accomplishment combined with a “So now what happens?” It’s similar to graduating high school. It certainly feels strange to be one of the “big channels” after spending seven years trying to become one.

TF: What do you think are the elements of a good song parody?

CWC: My favorite song parodies are those that are smart and tell a funny story. I really appreciate it when it’s obvious that the creator took the time to craft well thought out lyrics. I give huge bonus points when the new lyrics match the original’s rhyme scheme.

TF: Have you ever heard directly from any of the artists whose songs you have satirized?

CWC: I primarily hear only from their music publishing companies with copyright claims, haha! I did see Britney Spears’ songwriter tweet about one of my parodies, calling it “absolute genius”, so that made me feel good.

TF: Has there ever been a weapon you’ve wanted to test in your Fruit Ninja series that you deemed unfeasible?

CWC: I get a lot of requests to use weapons from video games that don’t exist in real life. I did want to use a bow and arrow like Hawkeye uses for my Avengers video but I decided it was too dangerous.

TF: When creating your roasts, what sort of tone do you aim for, and how do you ensure you hit that mark?

CWC: I aim for a tone that is obviously sarcastic and joking. I want the YouTuber I’m roasting to get a good laugh from the video. I’ve received really positive feedback from a lot of the people I’ve roasted such as Matthias, Ryan Higa, and PewDiePie.

TF: What is the weirdest comment you’ve ever received from a fan of a YouTuber you have roasted?

CWC: There is not one in particular that stands out but what is most weird to me is the high amount of viewers who don’t understand the video is a joke despite me putting warning messages in the video stating the whole thing is a joke and that I actually like the YouTuber I’m roasting.

TF: As someone who is often critical of YouTube, what is the one change you would make to the site if you were CEO?

CWC: Haha, this question just reminded me of when a lot of people were using the hashtag #ChadForYouTubeOwner after one of my YouTube Exposed videos. I would make a lot of changes but I would start with YouTube’s algorithm and do my best to make sure it is rewarding quality instead of quantity.

TF: Your videos have covered a lot of different genres. What’s one area where you’d like to do more work?

CWC: I’d love to create more high production original comedy music videos that are not quite family friendly. Maybe someday I’ll go back to making those once I no longer am trying to be successful on YouTube, haha.

CWC: The near term plans for my channel are to continue making family friendly content, which to my surprise, I have been enjoying quite a lot. I’m getting to experience some of the things I would have loved to do as kid, such as destroying things with ninja weapons. I’m going to stay on my toes though and pay attention to the shifting tide on YouTube and be ready to adjust my content when needed in order to continue growing my audience.