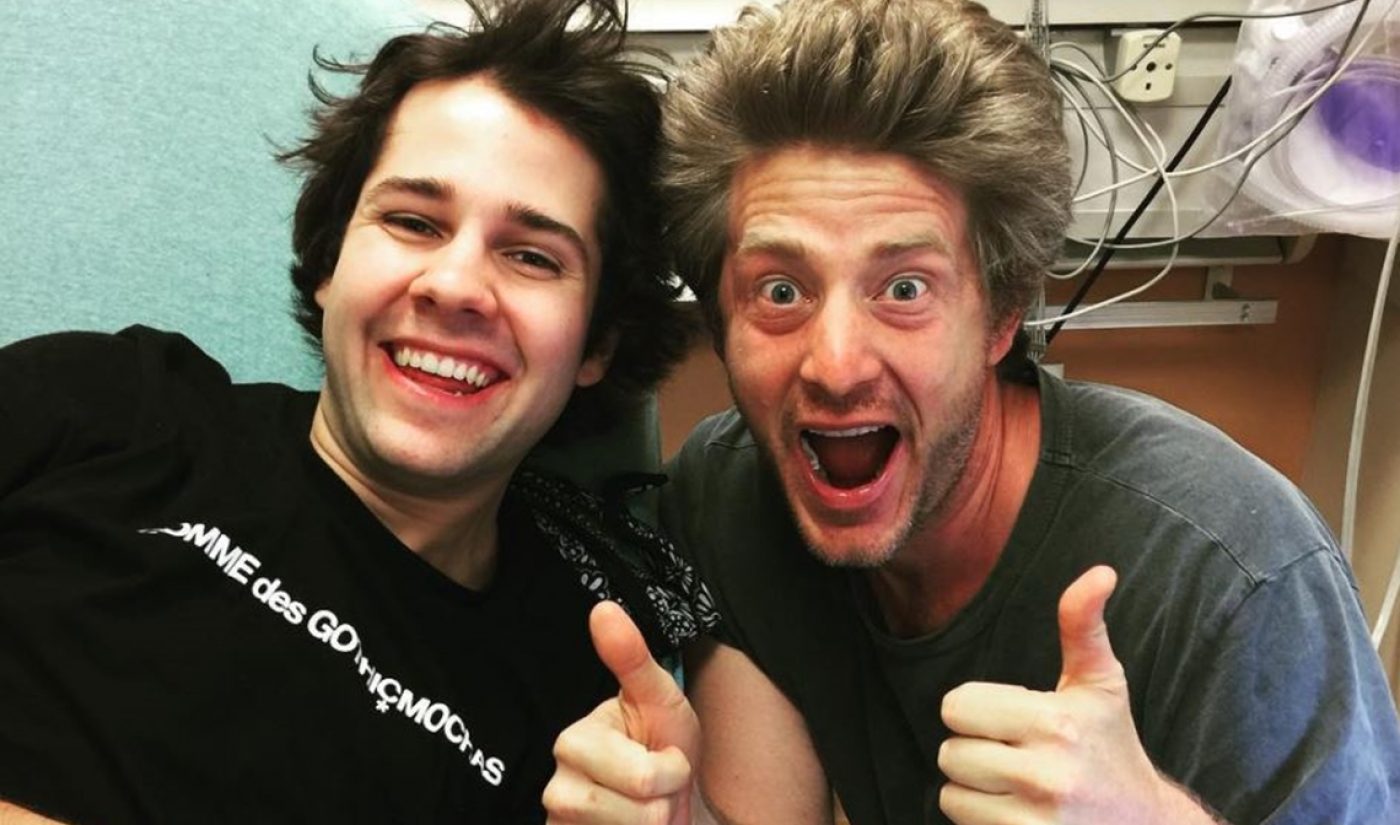 One of YouTube’s buzziest daily vloggers, 20-year-old David Dobrik, has launched a podcast alongside frequent collaborator Jason Nash — a 43-year-old comedian and digital star in his own right. The premise of the podcast, which is called Views and plays on the age disparity of its hosts, is to “take [listeners] behind the scenes of their vlogs and show you what living the ‘YouTube life’ is really like,” according to a description in the iTunes store.

The first episode, titled YouTube Douchebags, premiered last Thursday and is already drumming up massive audiences. Right now, Views is standing firmly at the No. 3 slot on the iTunes charts, behind category leaders The Daily (The New York Times’ political podcast chronicling the Trump era) and S-Town (from the makers of the seminal true crime phenomenon Serial). As the chart regularly fluctuates, however, Views has reached the No. 1 and No. 2 spots in recent days.

U guys are the best fans anyone could ever have. Thank u. pic.twitter.com/6ESgYXX0JJ

In subsequent episodes, rolling out every Thursday, Dobrik and Nash will “confess their most intimate thoughts, discuss pop culture, and dissect their own contentious relationship,” according to the description. Dobrik will be taking home 70% of all podcast ad revenues, the duo conceded in episode 1, while Nash will pocket the remaining 30%. In future episodes, they say, they will reveal how much they make from their various online sponsorships and projects — which Dobrik says “people deserve to know.”

Views currently has a five-star rating from roughly 1,000 fan reviews. “This is bar none the best podcast on the iTunes store! Everyone needs to be subscribed to this,” wrote one listener, Mickeygreeo08583. “I like the old guy the best.”

Dobrik, who rose to fame on Vine and signed with WME last December, took home Vlogger of the Year honors at the Shorty Awards. Nash, who was a semi-finalist on Last Comic Standing, also amassed a sizable following on Vine and today helms his own popular vlogging channel. (Nash admitted on the podcast that he rakes in $4,000 per month from ad earnings on that channel). He is also the creator of a former podcast called Guys With Feelings.

You can listen to Views right here, and check out the official announcement at the tail end of Dobrik’s vlog below: