Survey: Majority Of Gen Z Respondents Are OK With Branded Content, Even When It’s Done Poorly 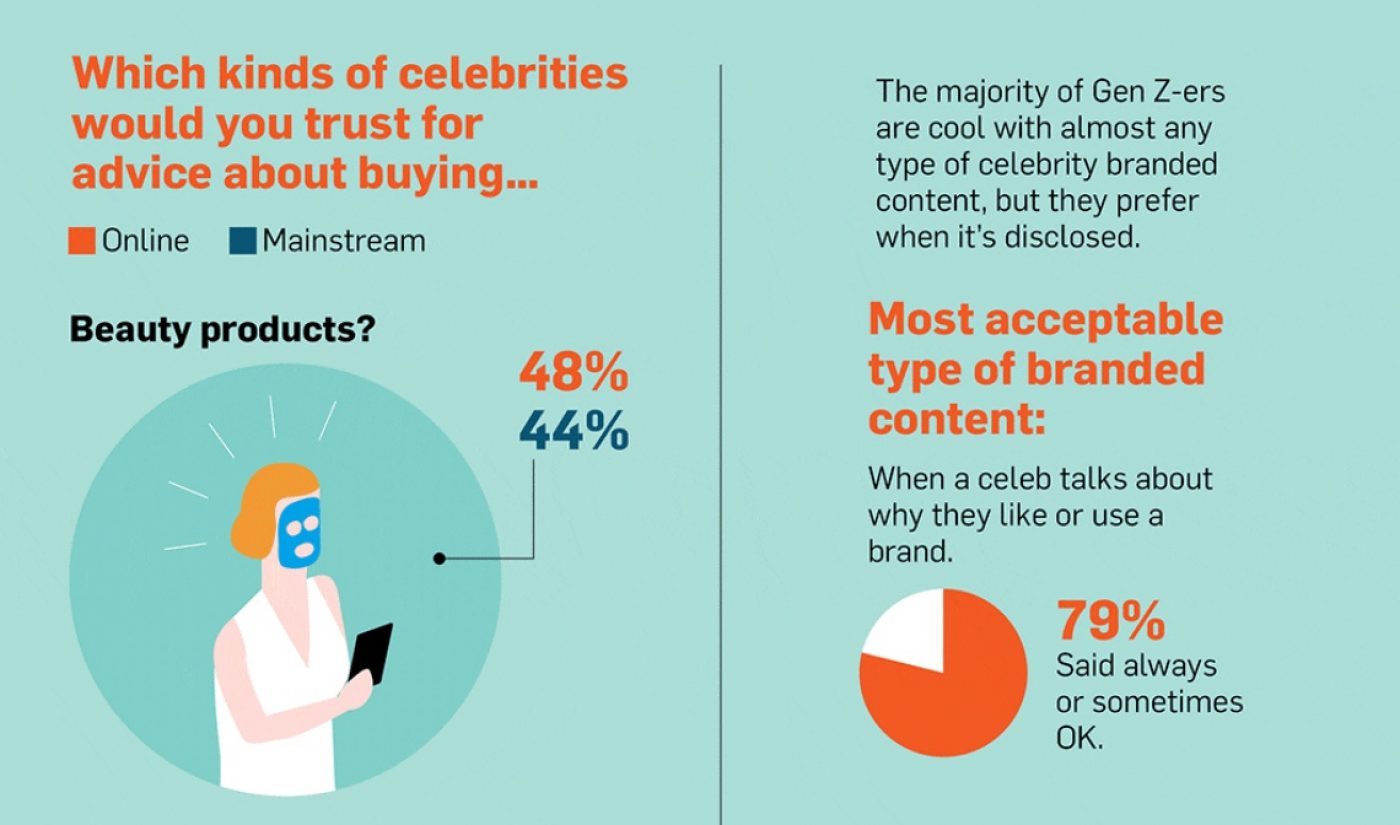 Generation Z, defined as the cohort born between the mid 90s and early 00s, are rabid consumers of digital media, and a new survey has offered some status updates on that group’s browsing habits. It comes from Adweek and Defy Media, who asked 1,500 teens which platforms they like to use and how they like to use them.

Many of the results, which were shared through an infographic, are par for the course. YouTube, for example, remains the most ubiquitous digital platform among Gen Z, with 95% of respondents classifying themselves as users of the Google-owned video service. Instagram, the second-most trafficked platform, reached just 69% of Adweek and Defy’s audience. Half of the survey participants went so far as to say they “could not live without” YouTube. Only 15% said the same for Snapchat, which came in second place in that category.

The most enlightened part of Adweek and Defy’s study, as far as the business of online video is concerned, looked at the attitudes teens have toward branded content. The survey categorized branded posts into different categories, and in all cases, at least half of respondents found the format in question acceptable. Even the least-accepted type of branded content — posts in which an influencer shows a product but does not discuss it, got passing marks from 61% of surveyed teens. The most-liked format, in which influencers reveal their own preferences for the brands they hawk, sat well with 79% of respondents.

For more info from Adweek and Defy’s study, check out the infographic posted by the former of those two companies: