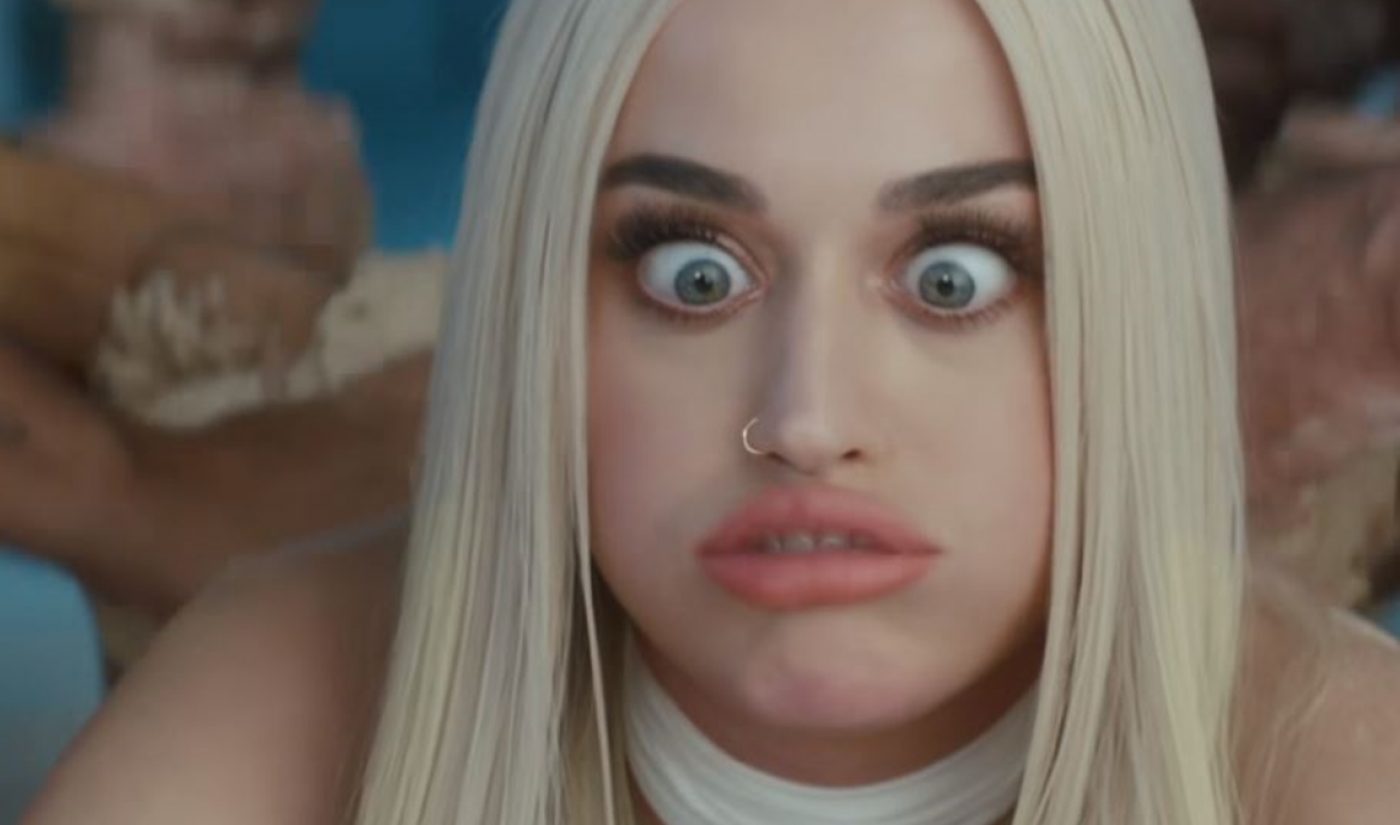 YouTube fans are gorging on Katy Perry’s latest music video for Bon Appétit — a surreal and sensual clip in which she is floured, seasoned, and cooked like a chicken breast. The video has officially broken the record for the most YouTube views in 24 hours, besting a record previously set by Perry in 2013 with her hit single Roar.

Bon Appétit clocked 16.8 million views on the first day of its release, Variety reports — which is significantly higher than Roar’s 11.2 million views within the same time-frame. Bon Appétit has also helped catapult Perry to several other YouTube milestones, including the most-ever channel views in a single day with more than 25 million views on May 13 (the day the music video dropped), and the highest number of playlist adds in one day (84,000) on May 12.

Perry’s other music videos have also seen massive success on the platform. Roar and Dark Horse are the 11th and 14th most-viewed YouTube videos of all time, with 2 billion and 1.9 billion views, respectively.

Perry clocked the staggering stat after announcing at Brandcast that she will be partnering with YouTube ahead of her next album, Witness. Perry will not only be participating in the YouTube original series Best.Cover.Ever., but she will also do a series of live streams on the platform, including a listen-along on the eve of the album release on June 9.

Check out Bon Appétit below: