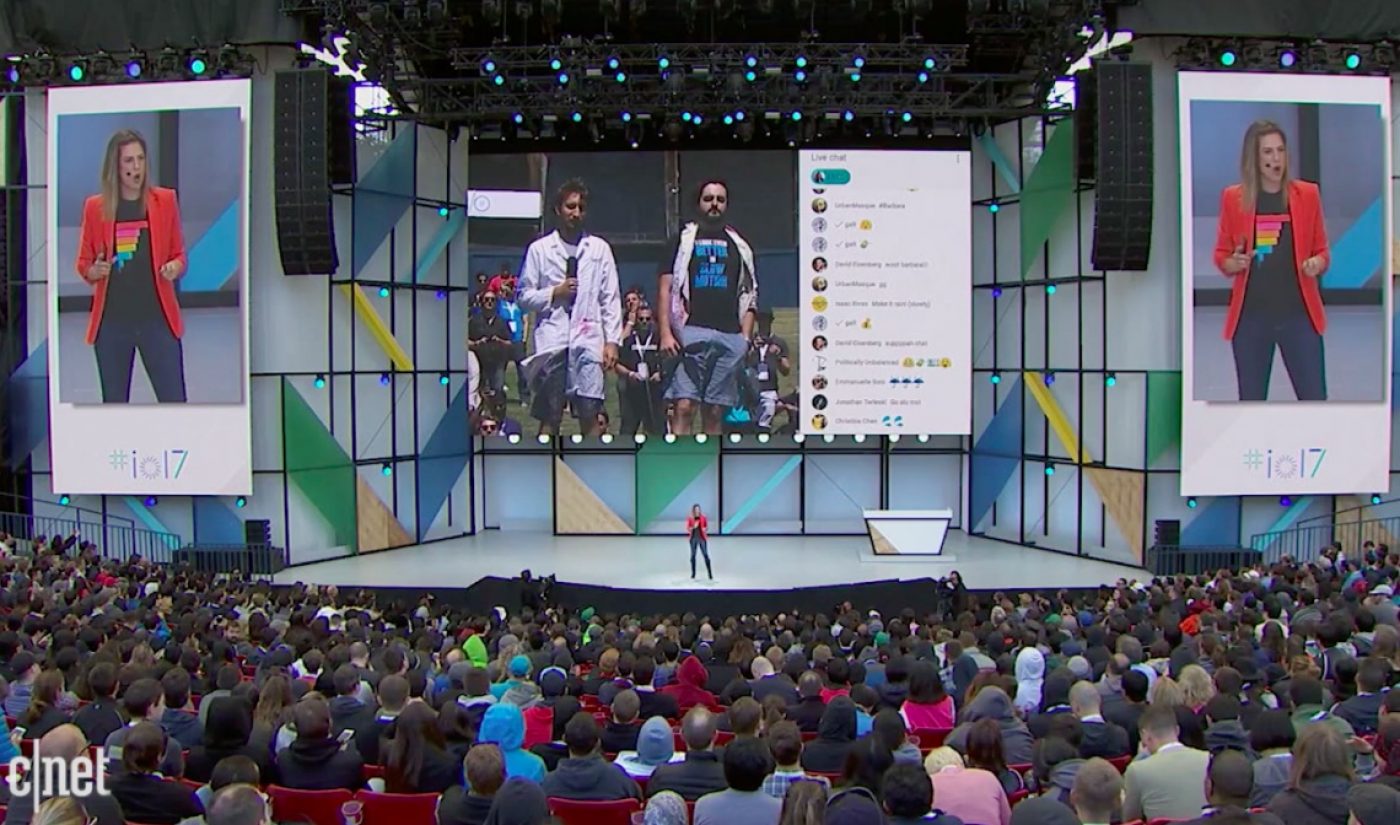 It’s been four months since YouTube launched Super Chats, a tool that lets live stream viewers post extra-visible comments in exchange for monetary donations. Early returns from Super Chats have been positive, and YouTube is adding some new features to it. At the Google I/O conference in San Francisco, the world’s top video site shared an update for Super Chats that allows the feature to trigger certain actions within the real world.

The new feature, which is built into a new version of the Super Chat API, can be used to turn off the lights, fly drones, or press buttons on toys, according to YouTube Product Manager Barbara Macdonald, who demonstrated the update at I/O. In Macdonald’s case, a $500 Super Chat affected the lights in the theater and signalled a barrage of water balloons aimed at The Slow Mo Guys, who were in attendance at the event.

The button-pushing component of the Super Chats update is particularly intriguing, since it could allow YouTube to encroach upon the territory of “Twitch Plays,” which remains a notable category three years after it first exploded onto the online video scene. It could also be that the innovation fostered by Super Chats triggers invents a whole new genre. The internet, after all, tends to be unpredictable.

For more information, head over to CNET, where a video of Macdonald’s demo is available.