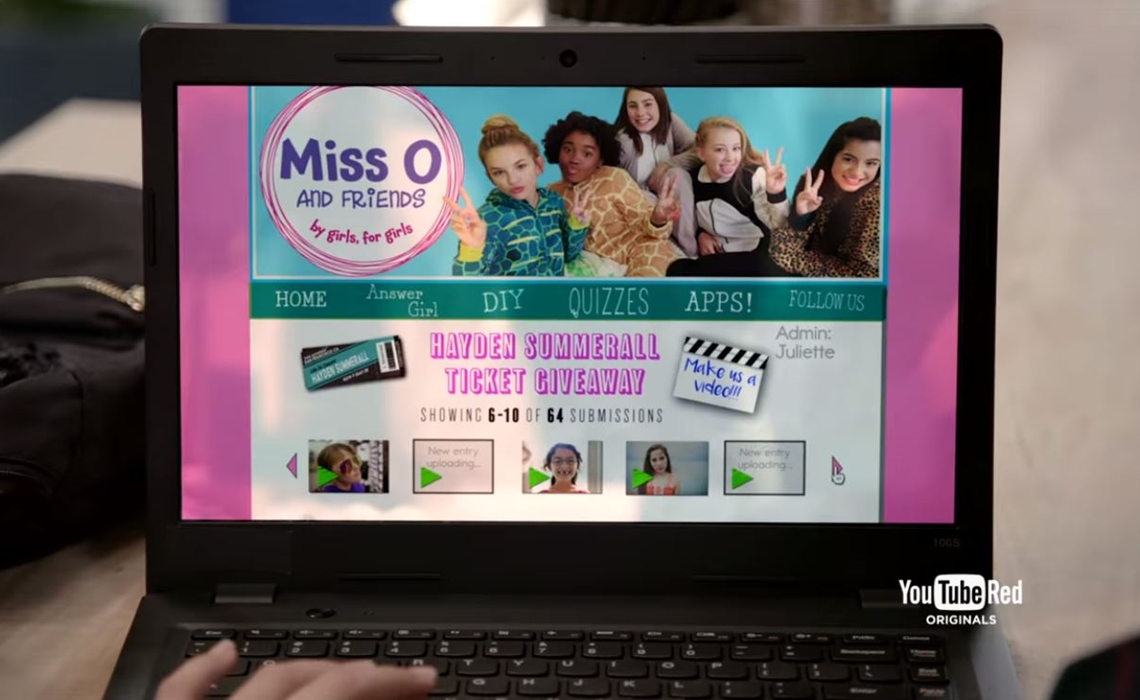 Following YouTube Red’s announcement in February that it was developing a family-friendly slate of originals for YouTube Kids viewers, the video giant has premiered today the trailer for Hyperlinked, its latest scripted series starring tween music group L2M.

Hyperlinked, which is about a group of five friends who come together to create their own website while dealing with typical teenage drama, aims to encourage coding among young girls — a message frequently touted by YouTube CEO Susan Wojcicki. The 10-episode series will debut on May 31, with episode one available as a free preview. It will live on the Disney YouTube channel.

Check out the trailer for Hyperlinked right here:

The series will also feature original songs from L2M — a band consisting of five tween girls who were signed to Warner Bros. Records last year. YouTube previously partnered with L2M on a holiday-themed music video in December for YouTube Kids. Hyperlinked was produced by Kids At Play and Miss O And Friends, a lifestyle site for young girls founded by 16-year-old Juliette Brindak — upon which the series is based.

In order to underscore its messaging about encouraging young girls to pursue careers in STEM, YouTube parent company Google convened an advisory council for the series alongside the Geena Davis Institute On Gender In Media. Black Girls Code founder Kimberly Bryant, parenting author Rosalind Wiseman, Talk To Jess CEO Jess Weiner, and researcher Michael Cohen all served as advisers on the series to ensure that it modeled accurate, diverse, and positive relationships.