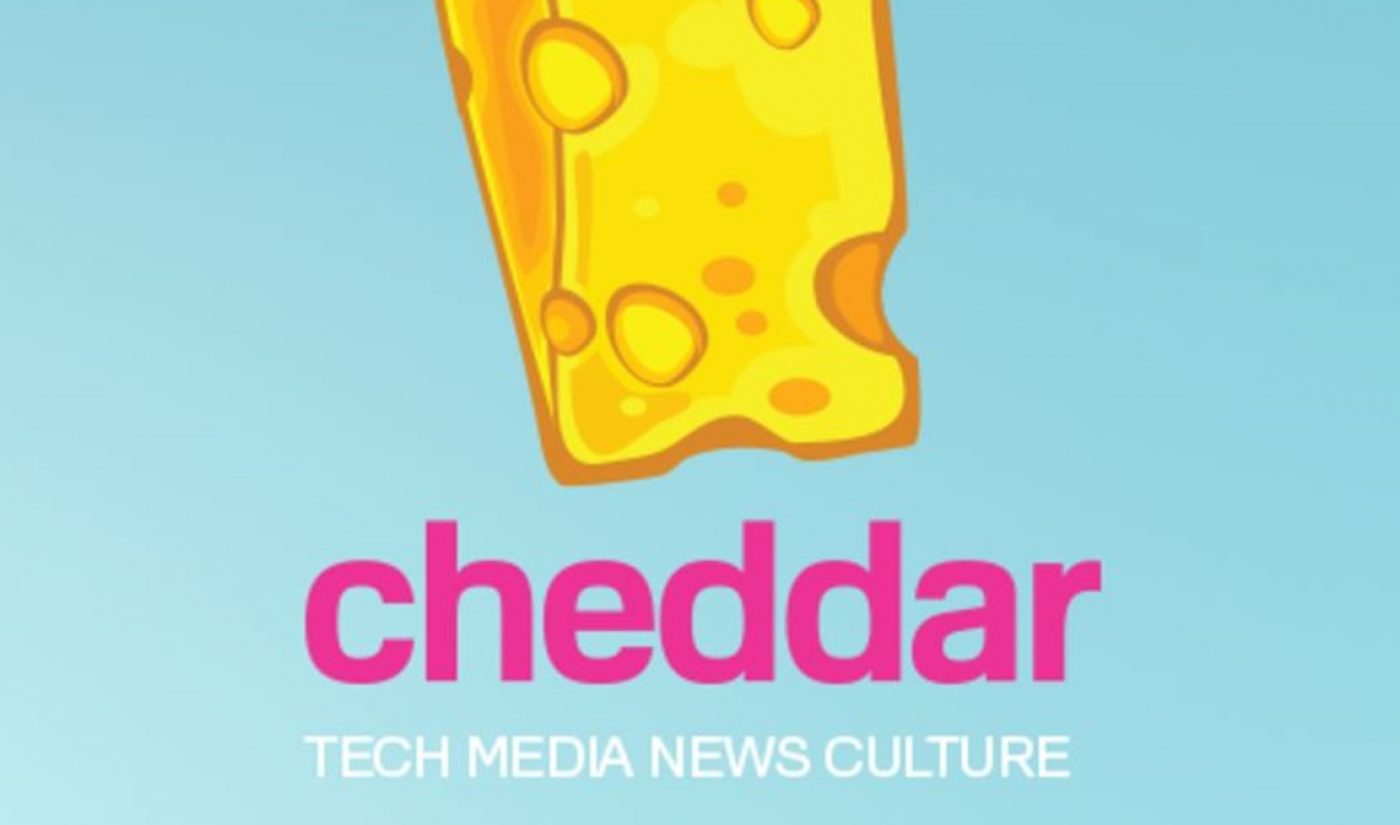 All told, Cheddar has raised a total of $32 million at an $85 million valuation, according to Variety, which was first to report the Series C. Last September, the company closed a $10 million funding round from Lightspeed Venture Partners, Comcast Ventures, and Ribbit Capital — all of whom also participated in the latest raise.

Cheddar, which was founded by former BuzzFeed exec Jon Steinberg, has also announced several appointments and promotions in conjunction with the new funding. Raine Ventures managing director Gordon Rubenstein, for instance, has joined Cheddar’s board — as has chief content officer Peter Gorenstein. At the same time, Cheddar has tapped former KnowMe exec Ross Cooperman to serve as its first CTO. Cheddar COO Eric Harris has added the title of president, and Melissa Rosenthal has been promoted from SVP to EVP of creative development and partnerships.

“Media is a business of collaboration and partnerships,” Steinberg told Variety of the funding round. “We’re privileged to bring these varied and quality folks into our family.” Collaborations with Broadway Video could be in the works, he added.

Cheddar, which broadcasts from from the floor of the New York Stock Exchange, says it reaches 1 million daily viewers. The service is available via Sling, Amazon, Vimeo, Twitter, Xumo, Pluto TV, and smart TVs, with subscriptions priced at $2.99 per month or $29.99 per year.