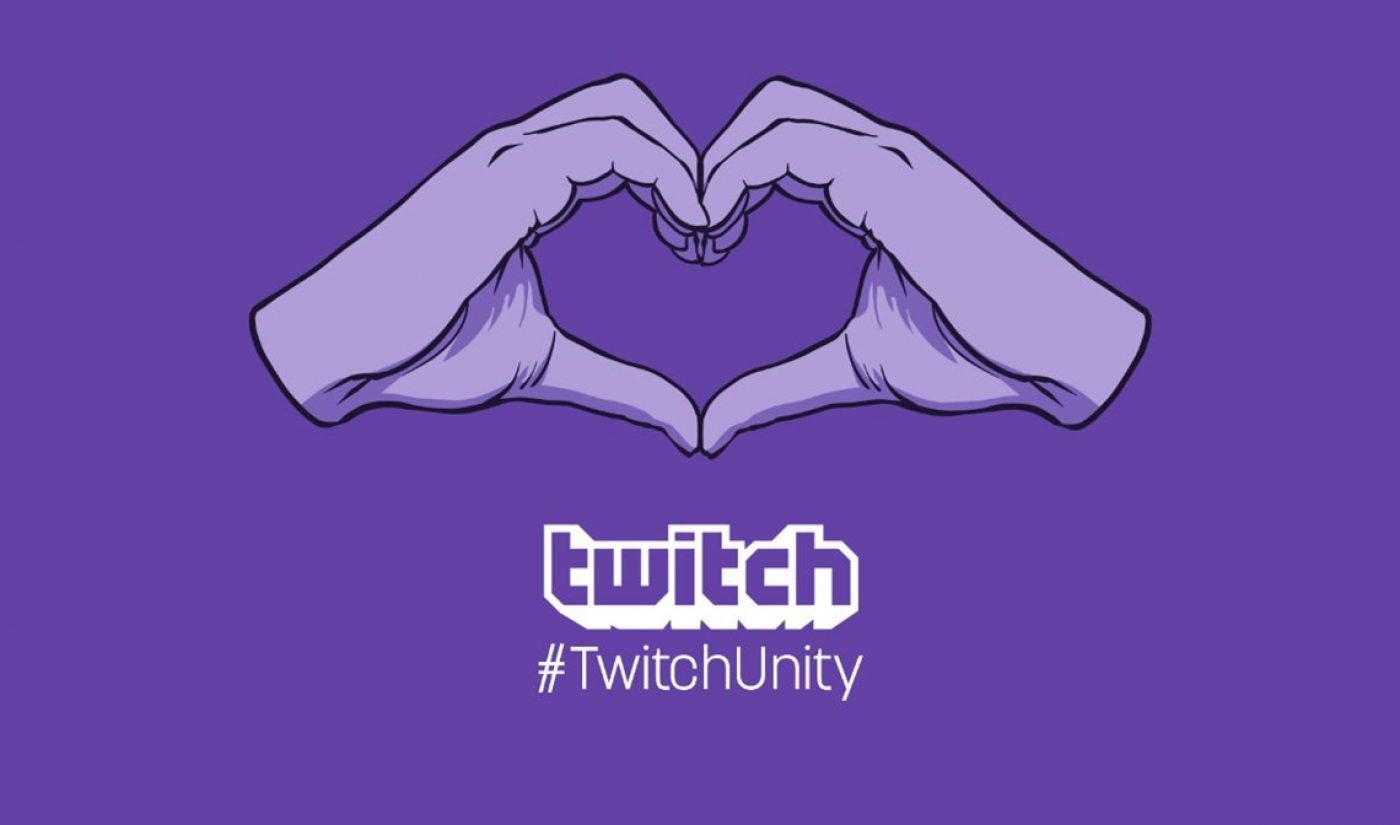 In a bid today to encourage diversity and inclusivity across its platform, Twitch has announced a new initiative dubbed TwitchUnity — a sitewide holiday of sorts kicking off on May 26.

Twitch, which predominantly hosts video game streams, will encourage creators to discuss diversity and inclusivity with viewers, and also highlight channels on its front page that “exemplify a positive culture,” according to a press release. At the same time, Twitch will launch a new emote — which is the gaming platform’s parlance for emojis — as well as downloadable channel graphics for creators and an exclusive T-shirt that bears the TwitchUnity logo: two hands clasped into a heart shape.

All of Twitch’s proceeds from T-shirt sales will go to Amnesty International — as will funds raised during a three-hour dance-a-thon on May 26 hosted by Just Dance pro LittleSiha on the official Twitch channel.

In order to help spark conversations about diversity during streams, Twitch has provided several conversation prompts on its blog, suggesting that broadcasters might discuss why they care about diversity, for instance, or what they would say to someone who may feel unwelcome on the platform. Creators slated to participate in the initiative include 8BitDylan, AdamKoebel, animatedbreak, AnneMunition, BanzaiBaby, Bluejay, DeafGamersTV, DistractedElf, DjTechlive, ElleBee_, Fats, KayPikeFashion, Lil_Lexi, OddishPlaysGames, okaydrian, SeriouslyClara, and snowlit.

Check out a teaser video for TwitchUnity right here.