Insights: The Set-Top Box Is Under Assault, And That’s a Good Thing 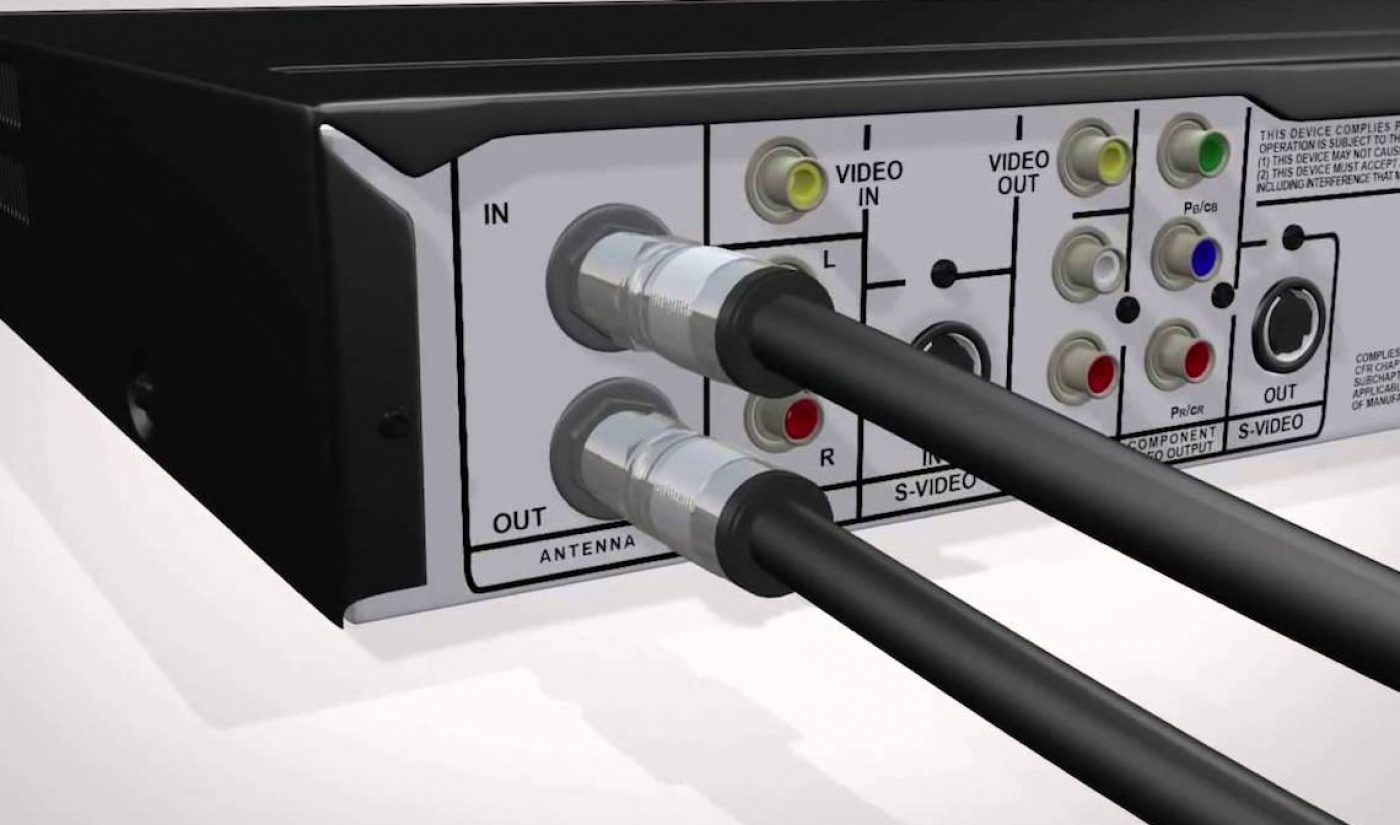 One of the most reviled devices in tech history may also be one of its most ubiquitous, the cable set-top box.

It doesn’t help that the STB (yes, the acronym sounds like the one for sexually transmitted diseases) is inextricably tied to cable TV companies, an equally reviled collection of corporations beloved by few beyond their investors. Worse. people usually are either stuck with or suckered into renting a typically underpowered and outdated STB for years at a time, which does not breed high regard.

Now, as more people bust their cable bundle with cord-cutting and streaming devices and services, we’re seeing attempts from several directions to also bust the set-top box. Some ventures are ditching it completely, while others are reshaping it so we can more easily find what we want to watch here in the Golden Age of Peak TV.

This matters more and more as people get their entertainment from a broader variety of sources. While more than half of viewers still watch traditional live TV, the number of people regularly watching Netflix and other streamed entertainment has jumped 20% points just since 2015, says the Internet Advertising Bureau. And the people who are streaming video online are doing it more than ever, the IAB says. So the box busting is continuing quickly, if not yet overtaking traditional network viewing patterns.

The past few years have seen a profusion of streaming devices, typically tiny gadgets such as the Roku, Google Chromecast, Apple TV and Amazon Fire Stick. Typically, they have provided access to apps for “over-the-top” channels such as Netflix and Amazon’s Prime Video. These days, the streaming devices make available dozens or even hundreds of apps, handy for consumers burdened by a steep cable bill, and reshaping what we call “television.” Sony and Microsoft’s game consoles, both multifunction stand-alone boxes, include substantial streaming capabilities among their many capabilities.

Lately, however, we’re finally seeing some promising new attempts to replace the traditional set-top box and its impenetrable thicket of a programming grid.

Comcast, which as the nation’s No. 1 cable provider has the most to lose from cord-cutters, invested heavily to develop the Xfinity X-1. Now its next-gen set-top box is available to a substantial portion of Comcast’s remaining 25 million or so cable customers. The X-1 does some sophisticated tricks, including integrating Netflix, instead of forcing subscribers to access that service through another device. And like a Netflix or Amazon, the Xfinity offers a “For You” customized collection of suggested programming, an important step beyond the programming grid.

Others are trying to dispense completely with the box, and the programming grid, often relying on voice-activated remote controls that can quickly wade through all those programming options.

For instance, Hulu’s live TV service, which just launched a few days ago, doesn’t use a programming grid, instead spotlighting the best and most relevant material on 50 channels of traditional TV, as well as back episodes, original programming such as the hit The Handmaid’s Tale and more. The $40 service is getting good reviews for its interface, which relies on both artificial intelligence algorithms and an editorial team to find the best stuff. Each viewer is offered a customized collection of new, on-demand and favorited content, beginning with a single suggested show.

The approach recognizes how little we’re tied to specific TV providers and how much we care about specific shows they create. That’s a problem for networks, which are trying to build brands that people will turn to in a post-broadcasting model, but it’s wonderful for viewers who want to watch the shows they want wherever the shows come from.

Google’s new YouTube TV service similarly frees viewers from the tyranny of the program guide, but like Hulu still needs an external device to get its offerings onto your TV screen (you can watch either service on your computer or mobile device). Worse, however, YouTube TV only works on TVs, for now, with either Google’s Chromecast external device or Smart TVs with Chromecast built in. Hulu works on most of the external streaming devices.

Epix has just launched a new function on its mobile app that lets users “cast” the premium cable channel directly to a Smart TV, with no external device needed. Epix, which co-founding studio MGM now controls, has partnered with wireless tech provider Vizbee on the function, which streams the show directly to Sony, Vizio, and LG Smart TVs, as well as Internet-connected Sony Blu-Ray players.

I think this approach has promise for other services, allowing them to add new connectivity and functionality to all the millions of Smart TVs already out there.

That said, Smart TVs in general get little love, even from a majority of their buyers, who attach one or more streaming devices instead of relying on built-in functions, studies have consistently shown. That’s usually a function of terrible interfaces, outdated apps, clunky search capabilities or other problems, but it suggests Smart TVs have a long way before they get rid of the add-on box.

Meanwhile, other companies are reshaping what it means to be a set-top box. I’ve had a number of conversations lately with Adrian Sexton, an old friend who now heads the U.S. operations for the well-funded Korean startup Titan Platform, which is building a do-everything device called the Clueworks 5. The device is designed to handle a wide variety of tasks – gaming, content creation, karaoke, virtual reality, Internet hotspot, streaming video, licensed and original entertainment. That do-everything approach, Sexton agreed, is basically Titan’s attempt to “rebundle your life,” integrating everything you might want to do on a screen these days, instead of parsing it out to a series of single-purpose devices.

Such an ambitious approach brings its own complications and compromises, of course. Can a device that does pretty much everything do any of it well, especially at a competitive price? And some features, such as the karaoke and a collection of anime-style children’s programs, definitely show the device’s Asian roots, where its market potential may be strongest. But the compact, lightweight and stylish device could be a compelling alternative for not only consumers but other sectors the company is pursuing, including hotels and retailers that like its e-commerce and compact media-hub capabilities.

Meanwhile, C Spire TV, a Mississippi-based firm, announced that it is building a box-free (sort of), cloud-based streaming service. I say “sort of” because it relies on Amazon’s Echo digital assistant and its Alexa service, using a custom “skill” to control your TV programming by voice commands. The TV functions – which include a cloud-based DVR function – are being developed in conjunction with C Spire’s separate high-speed Internet service.

Speaking of Korean electronics companies, I checked out Samsung’s snazzy new “QLED” series of TVs, which use a more environmentally friendly variant to the increasingly popular OLED screen technology. After extensive market testing, Samsung decided the Q series screens needed an external box, this one containing all the processors, connectors and other smarts that run the screen. A disconcertingly slender fiber-optic cable connects the breakout box to the sleek, half-inch-thick screen.

Samsung reps told me that customers preferred a breakout box if it also allowed them to have a thinner, lighter screen that could be mounted flush with the wall like a picture frame. The Q9 65-inch I saw looked really great. At nearly $6,000, it better.

But Samsung’s reasons for creating yet another external device to run its beautiful screen suggests that, though many are trying to bust the box, it’s not going away anytime soon. It’s just morphing in powerful new ways that promise to improve our viewing experiences, while giving us more useful, relevant and easy ways to find and capture all the TV shows we want to watch. That’s a revolution we can all get behind.