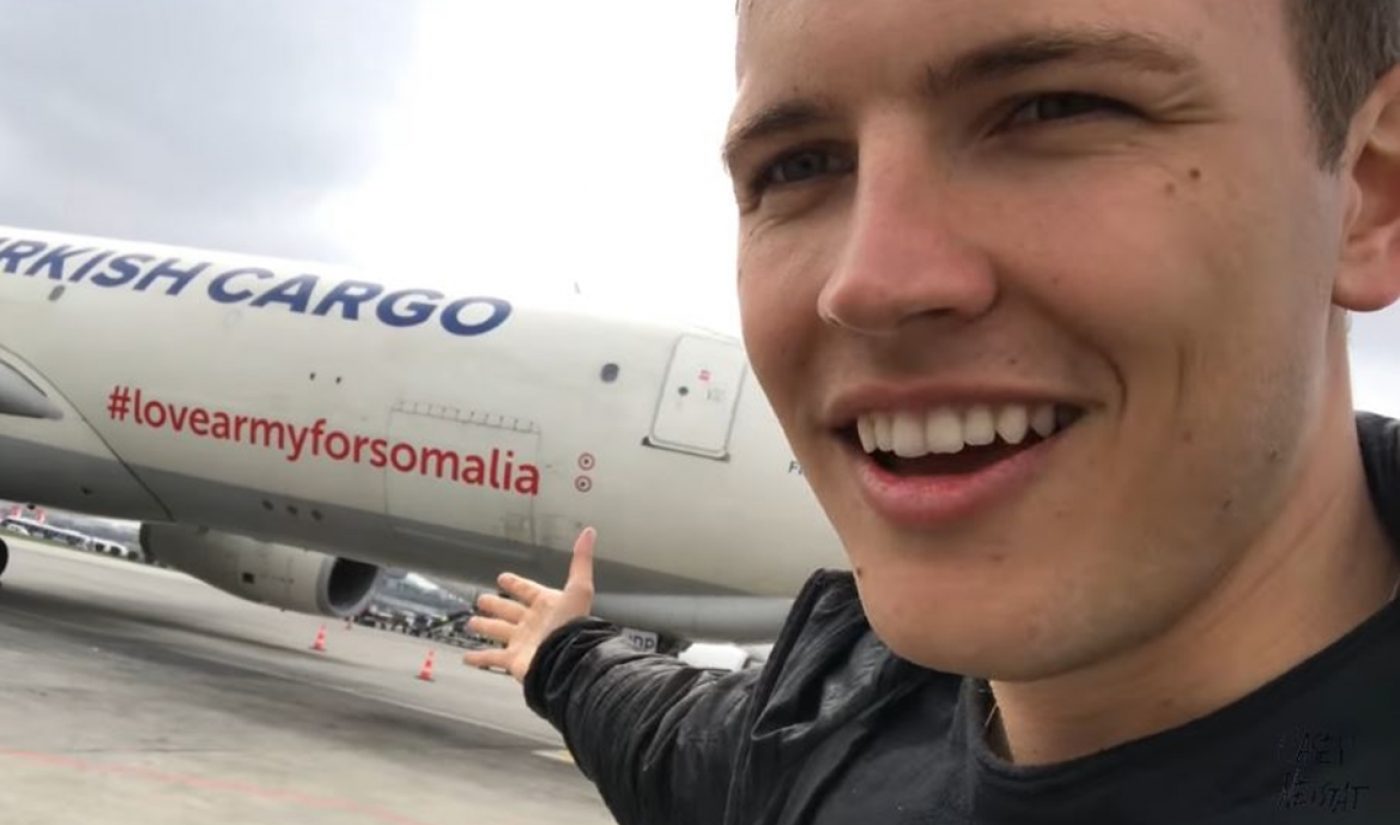 The campaign — launched on GoFundMe in March by Jarre and fellow influencers Chakabars Clarke, Juanpa Zurita, Neistat, and others — aims to help citizens impacted by a famine that has swept across Somalia due to a drought in East Africa. The so-called Love Army has raised $2.5 million and counting, announced Jarre and Neistat in an update vlog, and they also received a cargo plane from Turkish Airlines to transport food to the ailing nation free of charge.

As a result of donations tendered by fans and supporters, the roughly 2 million Somalis affected by the famine received 60 tons of imported food, 400 tons of food purchased locally, and 2 million liters of water delivered via a water truck, Jarre said. And the Love Army’s work is revolutionary, he added, in that there are no overhead costs whatsoever. “There’s no NGO that can tell you that.”

Check out the update, where Neistat also pays tribute to Jarre’s massively impactful brainchild, below:

“We found so much humanity and people there are so hopeful,” Jarre said of his experience in Somalia. “That was fueling us. We could never be exasperated or sad because they were not sad and exasperated.”