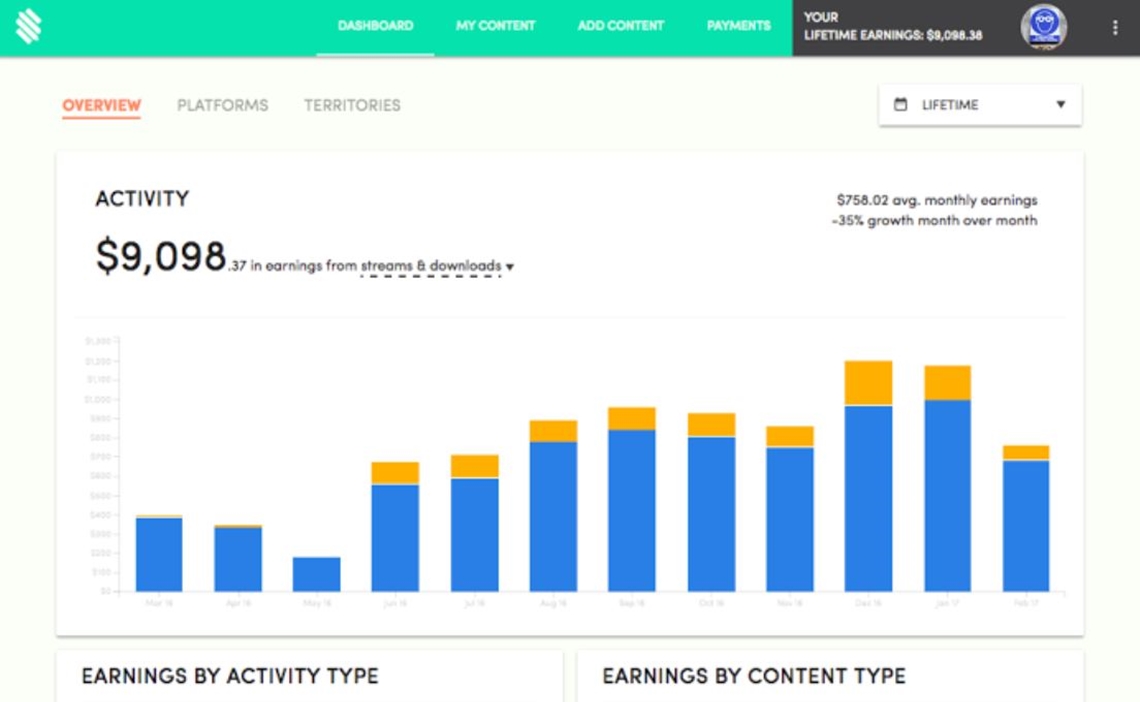 Roughly one year after announcing a $4.5 million funding round, Stem, a Mark Cuban and Scooter Braun-backed startup that helps musicians and online creators collect and share revenues across a plethora of digital distribution platforms, has announced a redesign of its flagship desktop service and iOS app.

The changes come as Stem, which was co-founded by former UTA digital talent agent Milana Rabkin, has become increasingly buzzy for its work with artists like Frank Ocean, Childish Gambino, and deadmau5. Stem handles distribution on platforms like Apple Music, Spotify, YouTube, and Amazon, and also digitally divvies up complex royalty splits in order to pay various collaborators. In addition to its work with musicians, Stem is also used by digital influencers who, say, want to share revenues with various collaborators on a web series.

The biggest change to Stem 2.0 is a revamped dashboard, per product manager Ross Lindly and co-founder Jovin Cronin-Wilesmith. The new dashboard will enable users to compare earnings from different platforms or among different types of revenue — such as ad-supported and subscription tiers. The same changes will arrive within Stem’s app, which will now feature notifications calling attention to monthly payouts.

Stem has also added updates to content management capabilities. Whereas users’ catalogs were previously organized by individual assets, now creators can see how groups of content — including an album or series of videos — are performing as a whole.

The update is currently in beta, with invite requests available here. Stem will roll out the final version of its revamped platform over the next quarter. And additional updates are in store, the company says, including the ability to: import full catalogs of video and music, place territory restrictions on content, and receive payment directly to one’s bank account.