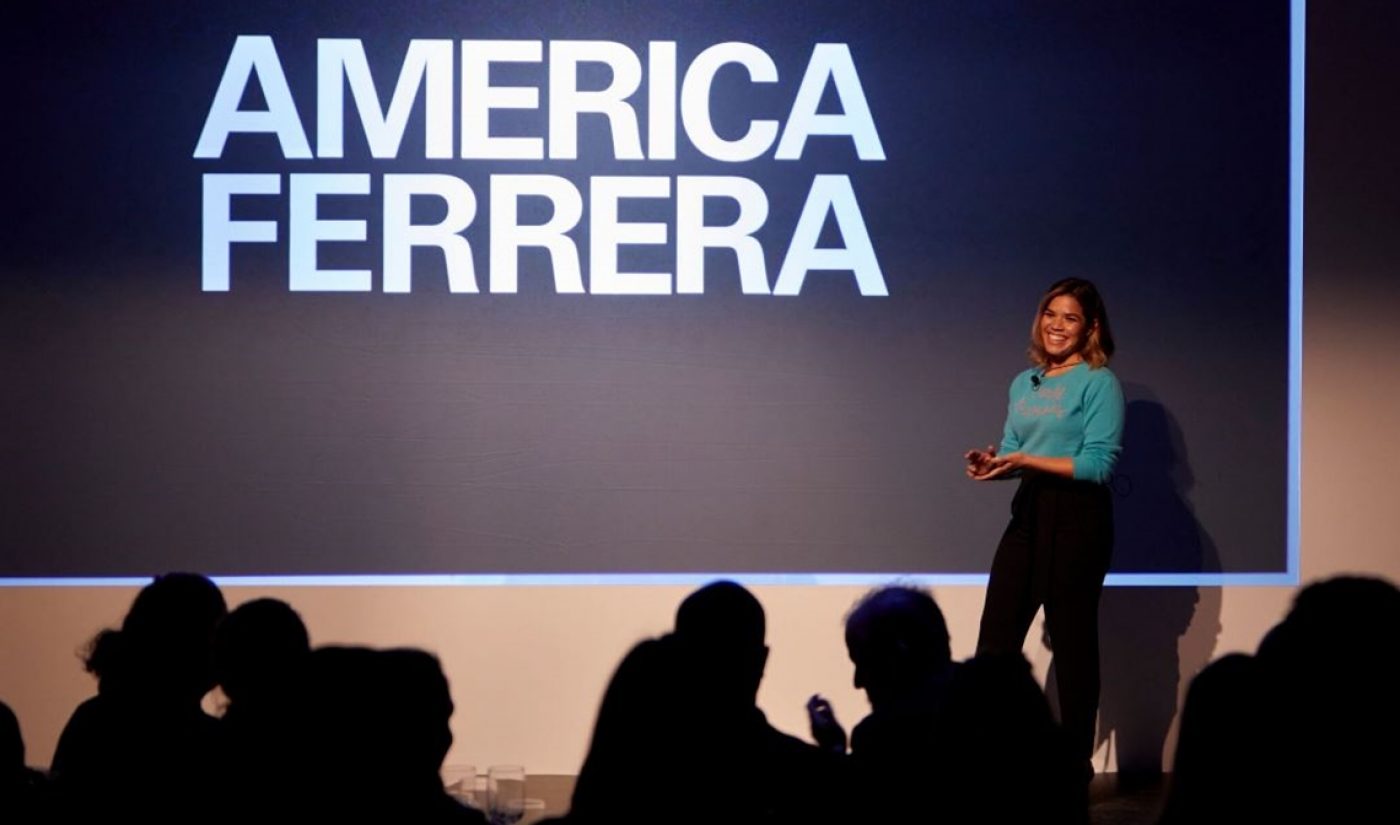 At its second-ever NewFront event, Hearst‘s digital division announced production partnerships with actress and activist America Ferrera, Black-ish star Yara Shahidi, and fashion savant Carine Roitfeld. The publisher behind storied titles like Cosmopolitan, Elle, and Esquire — and the proprietor of 22 total digital brands — also announced the launch of Glo, a new video-first brand that will take an irreverent approach to health and wellness.

Ferrera will headline a docu-series across Cosmo, Elle, and Marie Claire that will encourage activism and celebrate female role models, Shahidi will host a 10-episode series on Cosmo’s Snapchat Discover channel this fall about about self-care, and Roitfeld will launch her new media brand, CR Fashion Book, this month on Hearst.

Hearst continues to build on its social media acumen as the largest publisher on Snapchat with six total Discover titles, including Cosmopolitan, Harper’s Bazaar, Esquire, Popular Mechanics, Road & Track, and Sweet. To this end, the company is also slated to premiere an original video series about beauty and fashion on lip-sync app Musical.ly this summer created in collaboration with Seventeen.

“Across our portfolio, we produce, package and distribute 500 pieces of content each day,” said Troy Young, president of Hearst Magazines Digital Media — which reaches 80 million visitors every month and counts 132 million social followers. “While we can brag that last month we delivered more than 1.5 billion video views, the most important thing to us is not the view count, but the viewers. Everything we do is with them in mind.”