Hulu’s $39.99-Per-Month TV Service Has Arrived With More Than 50 Channels 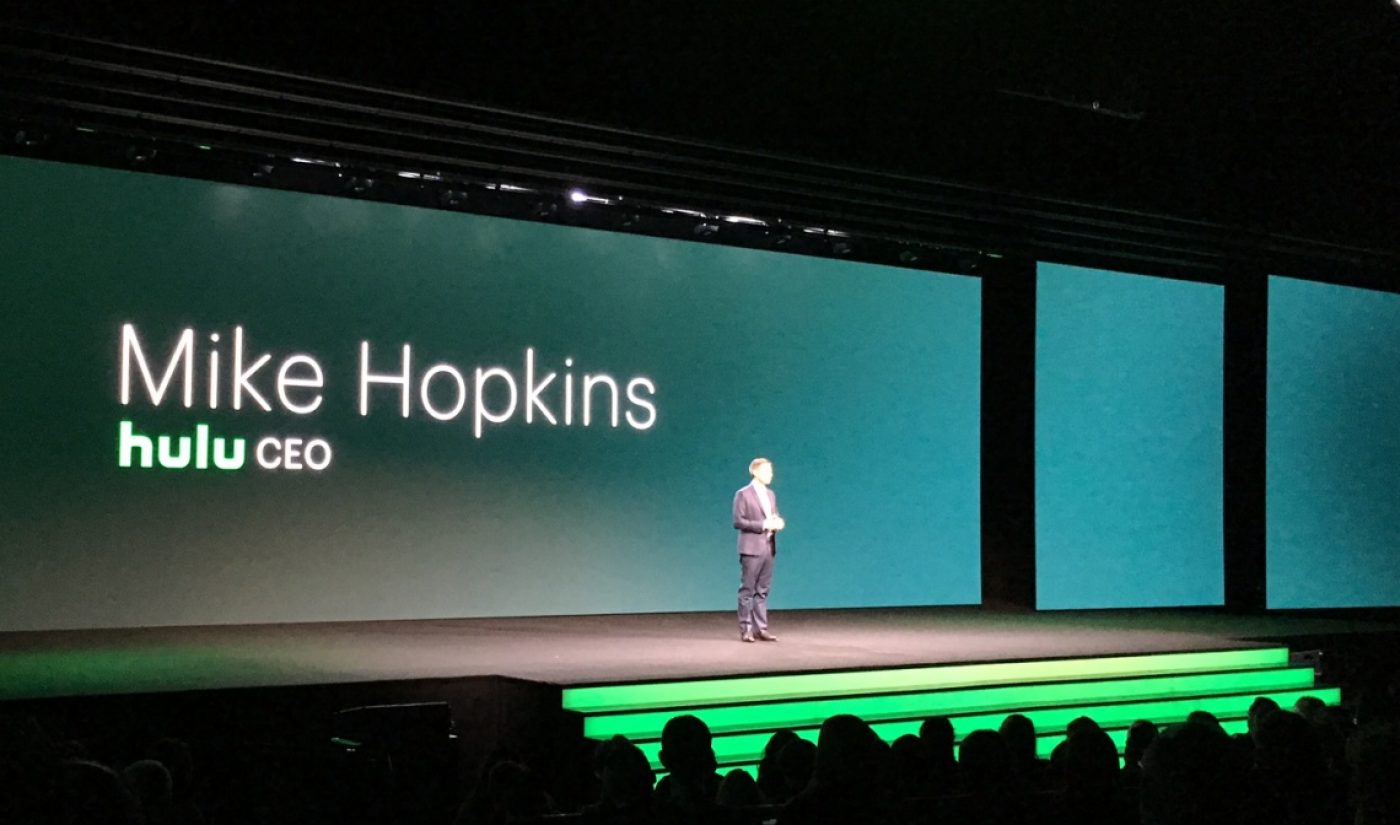 Hulu opened its presentation at the 2017 NewFronts with a big announcement. “This morning,” CEO Mike Hopkins said, “we launched the future of television.”

Hopkins was talking about a service that will bundle together a basic Hulu subscription with access to more than 50 TV channels. Hopkins referred to it as the “new Hulu,” and at a base price of $39.99, it is now available.

The new TV service bears resemblance to the so-called “skinny bundles” launched by companies like YouTube and PlayStation, but Hopkins was loath to use that phrase in describing his company’s product. “It’s not another one of those skinny bundles,” he said, “but rather an entirely new offering.”

Whether its a skinny bundle or not, Hulu’s new service offers many of the same features as YouTube TV, including cloud-based DVR, access to the four major broadcast networks, and a strong slate of sports channels. At the same time, this particular skinny bundle (or whatever we’re calling it) fills in some of YouTube TV’s gaps. Its roster of channels includes those owned by Turner and Scripps, though it still lacks content from Viacom, which has notably resisted inclusion in digital TV libraries.

As previously discussed, Hulu’s digital TV subscribers will have the option to add on several premium perks for an additional monthly price. The 50 available hours of cloud DVR storage can be quadrupled to 200 hours for $14.99 per month, access to unlimited screens is granted for another $14.99 (or those two features can be bundled together for $19.99 per month), Showtime can be tacked on for an additional $8.99 per month, and the complementary Hulu subscription included in the bundle can be upgraded to ad-free for $4 per month.

That subscription will be a valuable part of the Hulu TV package, since it includes access to streaming shows from top networks as well as Hulu’s own originals. At its New Fronts presentation, the platform announced several key additions in both of those areas. It has scooped up the SVOD rights for TV shows like This Is Us and Atlanta, has renewed the buzzy dystopian drama The Handmaid’s Tale for a second season, and has announced several new additions to its programming lineup. Creators who will be involved in upcoming Hulu originals include Seth Rogen, House of Cards creator Beau Willimon, and J.J. Abrams.

More information about Hulu’s new service is available via a press release.